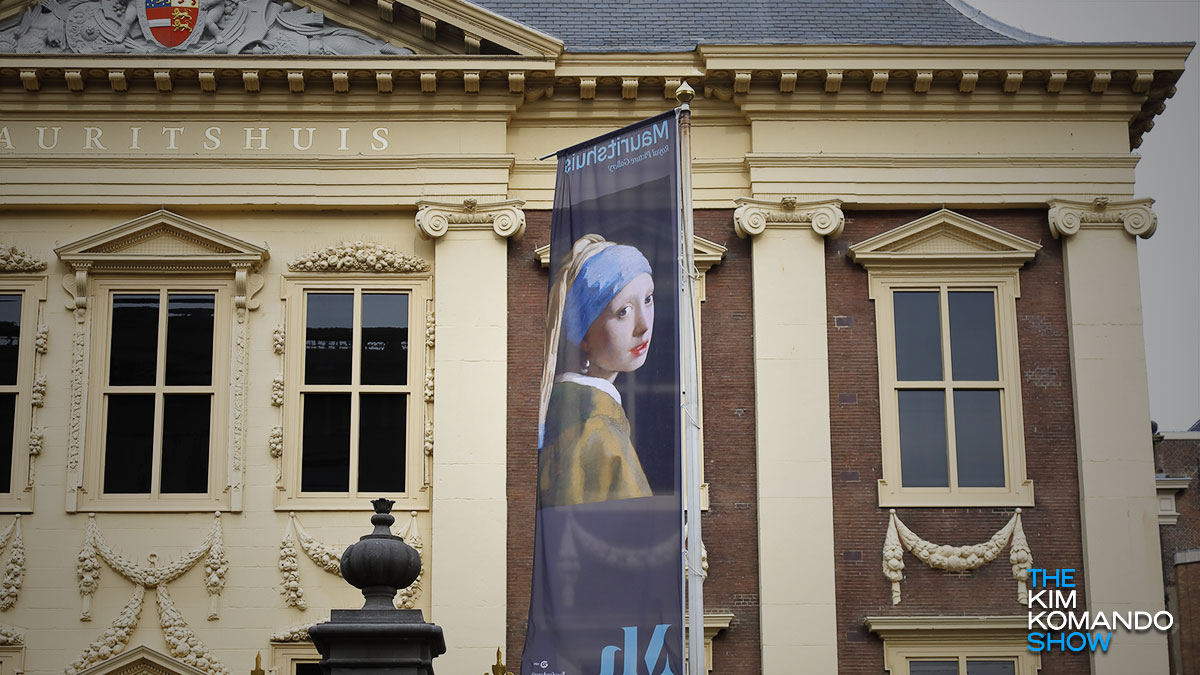 Although you may not be familiar with the name Johannes Vermeer, you probably know his work.

This seventeenth-century Dutch Baroque painter created 36 known pieces, including his celebrated “Girl with a Pearl Earring” (1665), which is on display in the Mauritshuis museum in The Hague, Netherlands. Tap or click to learn how art conservators clean paintings.

As historians speculated about the details surrounding the painting, novelist Tracy Chevalier and Hollywood tried to answer the who, what, when and where of the painting in their own fashion.

Movie magic aside, researchers recently stepped forward with advanced technology to reveal a few details that eluded experts for centuries. Here’s how tech is being used to solve this age-old mystery.

In 2018, researchers began a restoration and scientific study of the famous painting in Holland. That study included a full scan of the 350-year-old woven canvas using X-rays and micro-imaging. The results have shed light on details that had previously puzzled scientists for centuries.

Microscopic scans and other tests reveal new details, such as the girl in the painting does indeed have eyelashes made up of small amounts of brown paint. She apparently wasn’t standing in front of a black background, either, as it appears to the naked eye. She was in front of a green curtain. Researchers also found extremely small bits of paintbrushes embedded in portions of the canvas.

The scanning technology was also used to map out the cracks, or craquelure, as a way to understand the age and health of the painting. A microscopic analysis was performed that helped indicate the origins of the pigments Vermeer used.

According to the project leader, the ultramarine blue pigment was more valuable than gold back in the 17th century.

Infrared imaging further exposed in what order Vermeer composed the painting, which began with the dark background and ended with the pearl earring and the artist’s signature. Tap or click to reveal how one artist combines traditional techniques and virtual reality to create masterpieces.

Sadly, the technology can only go so far and the identity of “The Girl with a Pearl Earring” remains a mystery. Tap or click here to read more about the research.

How tech can help peel back the layers of history

Modern technology has made it easier to understand both the artist and work, including pieces by Picasso, Michelangelo and Leonardo da Vinci.

Using X-ray fluorescence, scientists discovered Picasso, noted for painting over earlier works, had turned the canvas of “The Crouching Woman” 90 degrees before composing the figure. Behind the image lies a landscape with an outline of a hillside that became the crouching woman’s back.

Chisel marks, discovered with a 3D structured light scanner in the marble of a statue attributed to Michelangelo, indicate it was most likely the work of more than one artist.

Leonardo da Vinci’s “Mona Lisa,” one of the world’s most famous pieces of art, has stymied people around the world.

Determined to discover the truth behind the woman and her smile, scientists unearthed three hidden paintings beneath the surface, with the use of a multi-spectral camera. Curious as to why the Mona Lisa is so famous? Tap or click to find out how it happened.

There’s little doubt, as technology evolves, the past will show itself to us one layer at a time.