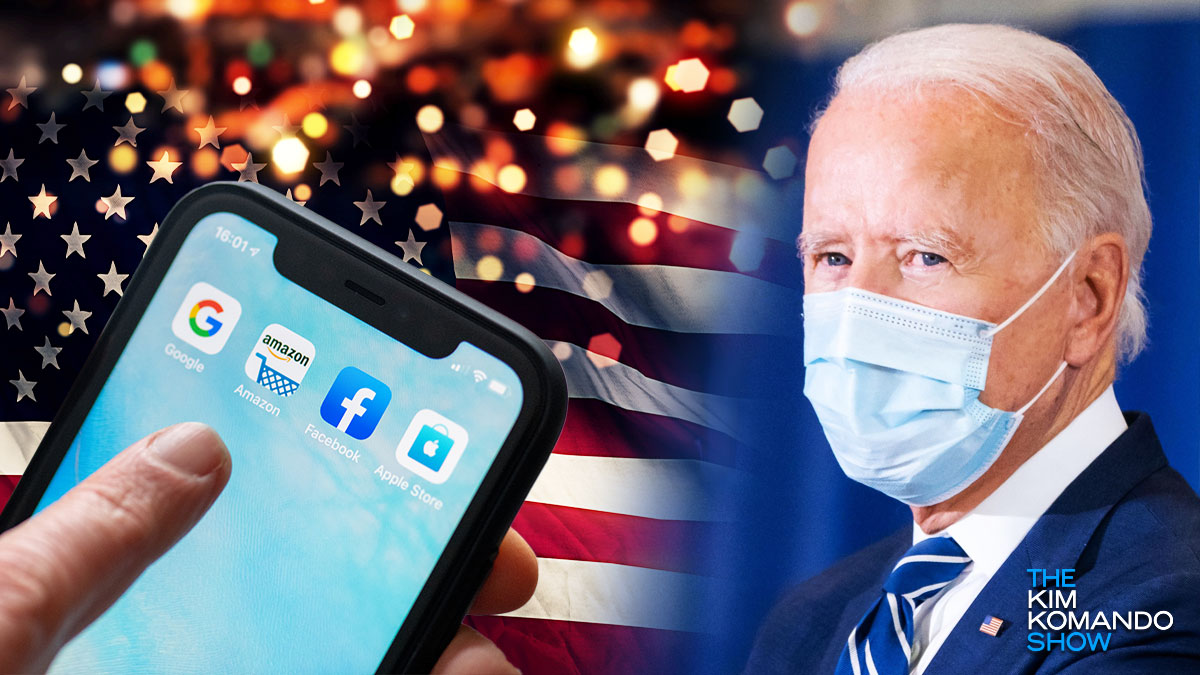 For quite a while, U.S lawmakers have questioned whether Big Tech companies are too involved (or not enough) at curbing misinformation. Others have accused the big four: Google, Apple, Amazon and Facebook, of antitrust behavior. This has led to several ongoing court cases brought on by federal and state law enforcement.

Google is no stranger to antitrust accusations, but this time around, it might not get off so lightly. A coalition from 38 states filed court papers in December against the company, claiming that it has a monopoly on search results. Tap or click here for details on these scandalous accusations.

Looking at making sweeping changes to how Big Tech companies operate, the industry’s giants might find it tougher to conduct business “as usual” under a President Biden administration. As for what exactly the changes will be, it’s not crystal clear. Let’s look at what might be on the way.

In the case of Google, claims of monopolizing your search results do carry some weight. For many years it has been speculated (and proven to some degree) that Google can manipulate search results.

This could provide you with a somewhat biased result, as Google will serve you links that it would financially benefit from. This could be through Google affiliate content, Google Ads or any other website that relies heavily on its technology.

WhatsApp’s new terms and conditions also pointed out Facebook’s massive control over your data. When it was announced that the messaging app would be sending almost all your private info to its parent company, consumers became livid. Tap or click here to see how WhatsApp shares your data with Facebook.

This is one reason some politicians are pushing to break up Big Tech companies.

President Biden had previously indicated that he would favor regulating Big Tech companies instead of splitting them into smaller entities. But that is not to say that it couldn’t happen.

For now, getting away from Big Tech will be a mammoth task if you choose to go that route. Many online retail stores use Amazon Web Services. Facebook and WhatsApp dominate social media and communications, and Google is intertwined into most things we do online.

But there is one option that the U.S government has been looking at: Section 230 of the 1996 Communications Decency Act.

It reads: “No provider or user of an interactive computer service shall be treated as the publisher or speaker of any information provided by another information content provider.”

The section absolves companies like Facebook and Twitter from any content or messages their users create or post. It was thrust into the limelight when the social media app Parler got pulled from app stores. Some believe messages shared on Parler led to the deadly storming of the U.S Capitol.

Invoking Section 230, Parler said that it couldn’t be accountable for what users do on its platform. President Biden has been a vocal opponent of the section, stating that Big Tech companies like Facebook and Twitter must be held accountable.

Democrats and Republicans alike would support a change to Section 230, but for differing reasons. The possible incoming changes already have some steam behind them.

“Basically, the Biden administration is inheriting a lot of momentum and a big opportunity to make online communications safe for democracy and fair in the commercial sphere,” explained Sarah Miller from the American Economic Liberties Project.

How it will play out, in reality, is a different matter altogether. Author and assistant professor Jeff Kosseff writes in his book, The Twenty-Six Words That Created The Internet, that repealing Section 230 will have far-reaching consequences.

“To eliminate Section 230 would require radical changes to the internet. These changes could cause the internet to collapse on itself. The internet without 230 would be an internet in which litigation threats could silence the truth.”

Fed up? Alternatives to Google for search, email, messaging and more