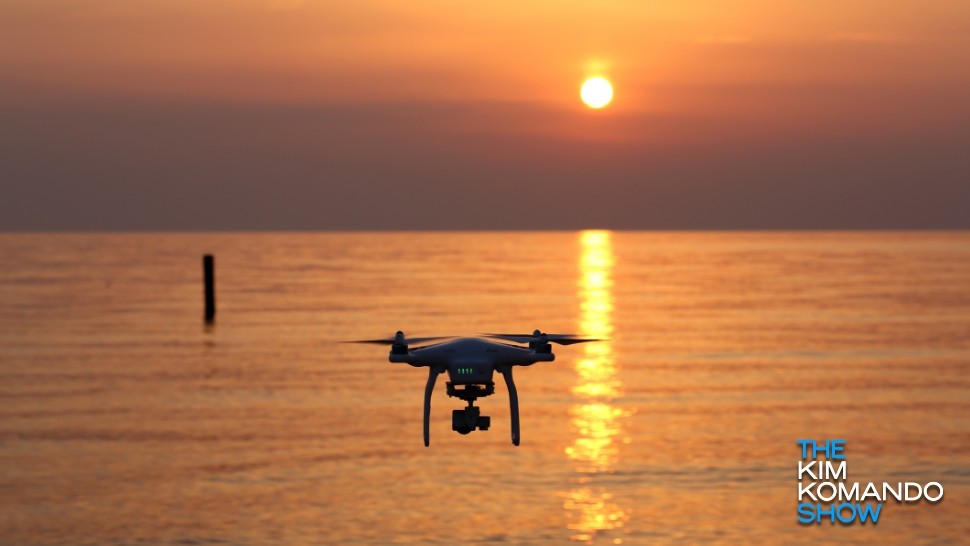 There’s never a dull moment in the world of technology. Just when you think a particular industry has hit a plateau, a new invention or gadget suddenly makes its way to the internet and sparks a whole new era of ingenuity.

With the pace of progress moving so rapidly, however, it’s worth taking time to look closely at some of the most groundbreaking developments in our digital world. Whether these gadgets stick around for mass markets is one thing, but knowing where we’re headed in the near future makes our exciting times even more interesting.

In “Tomorrow’s Tech Today,” Kim shows you upcoming and future technology you won’t want to miss. We’ll be taking a look at a new way to go off-roading, AR enhancements for the Olympics and the most ridiculous chair you’ve ever seen. Let’s take a look.

This off-roader has two little friends to light the way

Audi isn’t as well known in the car world for off-roading and rugged adventuring. In spite of this, however, the company has unveiled a new concept car with a radical twist: It doesn’t work alone.

This all-terrain vehicle is not only sleek to the eye, but it also deploys a pair of wireless flying drones in the sky above to light the way ahead. This is a really unique development that will likely expand to other cars in the future for safety and traffic mapping reasons. Just imagine the possibilities…

AR is coming to the Olympics

Just in time for the 2020 Olympics in Tokyo, developers and pioneers behind augmented reality (AR) technology are working to integrate the tech even deeper into athletic sporting events. In other words, viewers will now be able to see distance, progress, arcs, and measurements projected in real-time over the competing athletes. It’s an awesome development for statistical junkies.

This isn’t the first time AR made its way to the Olympics, but in previous years the technology had not yet fully matured. It’ll be interesting to see exactly how far we’ve progressed since then.

If your kids ask for this beastly video-game chair for Christmas, don’t feel bad for saying no! This creation by the tech wizards at Acer is designed to provide the ultimate immersive gaming experience — with sights, sounds, and realistic feedback. But the real question is where does anyone have room to store such a giant contraption?

High-tech ink that does more than just change color

This one is incredible. Engineers at MIT have developed a brand new kind of ink that responds to blacklight.

Not content with just making glowing unicorn posters, however, the ink is able to change color and move as if it were animated. The ink’s creators speculate this tech will make its way into apparel and even automotive detailing. Now, where can I get my hands on some shoes painted in this stuff?