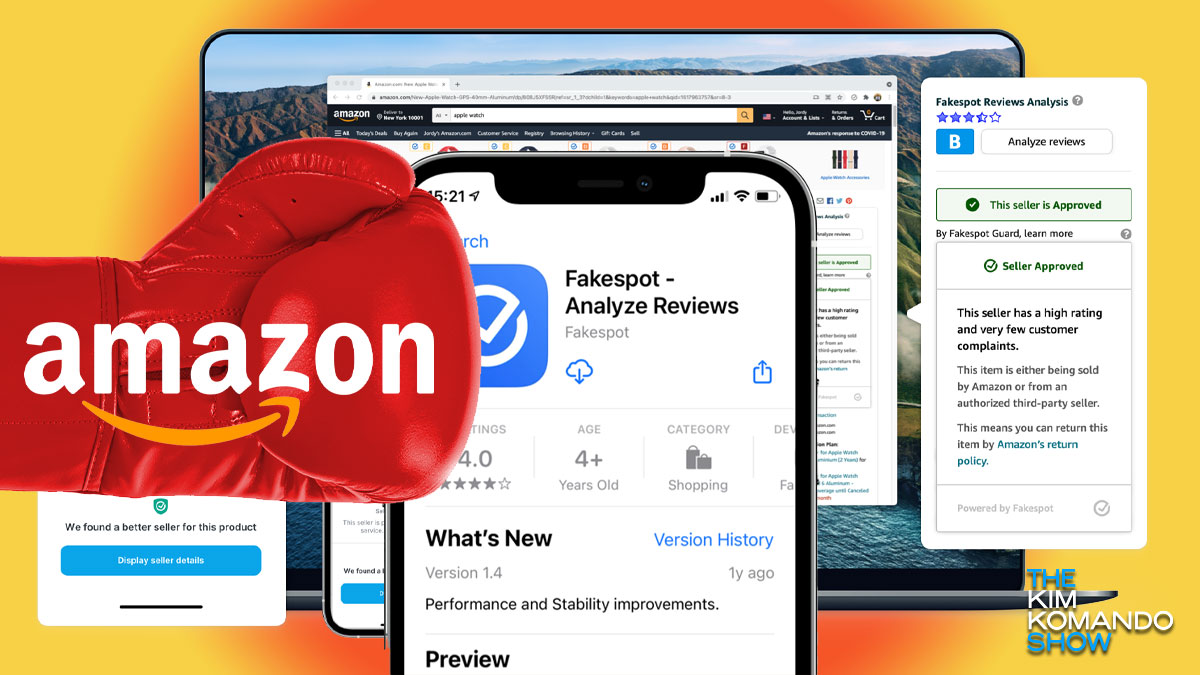 Across several online stores, fake reviews or paying people for a good word has become an increasing problem. The issue is prevalent on Amazon, where a dozen or so companies were recently caught in a “reviews for rewards” scheme.

The products are swiftly removed from Amazon’s shopping portal, as was the case with RAVPower. The company was caught sending out a $35 gift card in exchange for a review from a Wall Street Journal journalist.

To thwart fake reviews, a website developed an algorithm that checks for mysterious words, review frequency, and product reviews’ general health. Amazon has taken a different view of the app and asked Apple to remove it.

You would think any app that helps users to make better-informed choices is great. Amazon doesn’t think so and has taken aim at the popular fake review identifier FakeSpot.

Available as a browser extension, online searching function, and iOS app, the service assigns a rank to any product you run through. It can scan Amazon, Walmart, eBay and Best Buy’s online store for fake reviews.

Citing that it provides misleading information, Amazon complained to Apple. It then asked to remove the app from the Apple App Store. This led to the app promptly vanishing, with users unable to use it.

The Android version is still available, but a recently redesigned version of the iOS app shows Amazon’s website with FakeSpot content overlaid on it. It is this redesign that Amazon is unhappy with.

“The app in question provides customers with misleading information about our sellers and their products, harms our sellers’ businesses, and creates potential security risks,” an Amazon spokesperson said.

Apple confirmed that Amazon approached FakeSpot about the potential issue in June and gave them “ample time” to resolve the problem. FakeSpot hasn’t responded to the complaint, which led to the app disappearing from the store.

When approached for comment, Amazon told CNBC that FakeSpot’s app violates two subsections of Apple’s App Store guidelines. One of those is guideline 5.2.2, which deals with a third-party site and service permissions.

“Third-Party Sites/Services: If your app uses, accesses, monetizes access to, or displays content from a third-party service, ensure that you are specifically permitted to do so under the service’s terms of use. Authorization must be provided upon request,” the section reads.

Apple could reinstate the iOS version of FakeSpot if it corrects the offending issues.

How to check for fake reviews

The iOS version of the app is no more, but there are other ways to spot a fake review. These include:

18 must-have items that help you survive any emergency