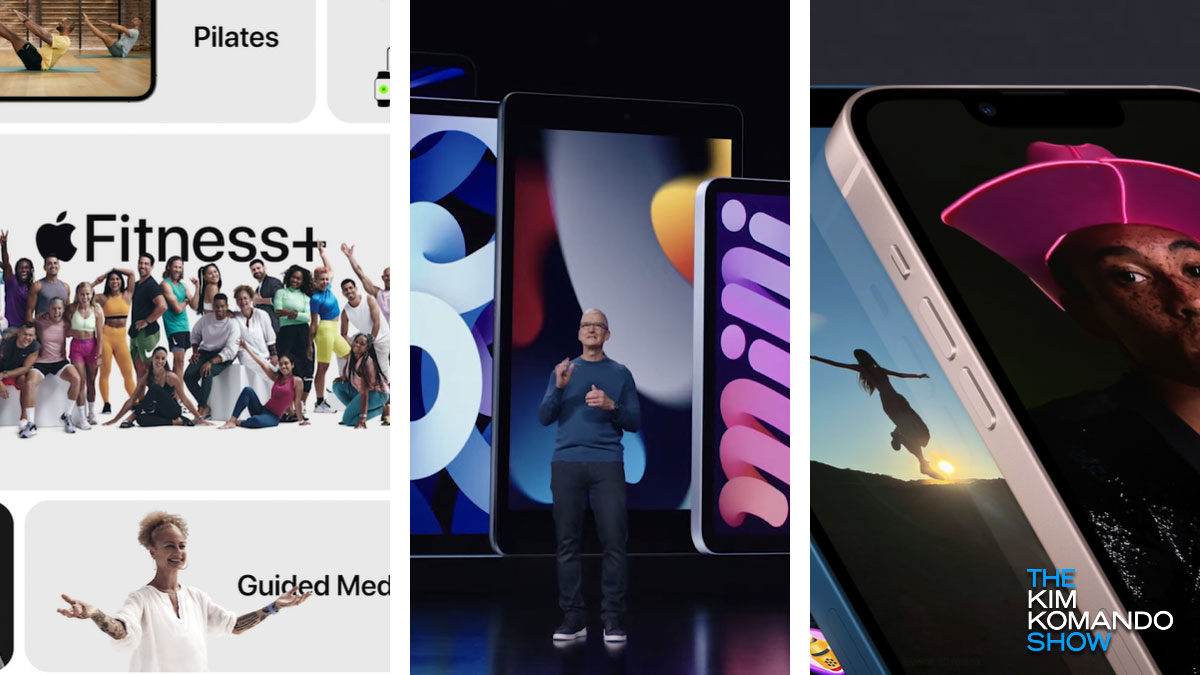 Apple makes an event of all of its major releases, whether it’s hardware or software. Even when public gatherings are discouraged, the Cupertino company drums up excitement with streaming presentations.

This year’s Worldwide Developers Conference is focused on iOS 15. iPadOS 15 and watchOS 8 are also rolling out. Tap or click here for our WWDC roundup.

The big news in Apple’s latest keynote was the iPhone 13. The company also touched on the next iPad and Apple Watch series. You can pre-order new Apple devices now and they will be available on Sept. 24, 2021.

A newly revealed security flaw makes all Apple devices vulnerable. Tap or click here to learn how to avoid it.

Apple’s flagship phones are faster and tougher than ever, with more storage to handle larger pictures and video files.

Apple Watch Series 7 has a refined shape with a larger display and more narrow borders. The battery life is unchanged at 18 hours, but faster charging is supported. There’s a full keyboard to type text, and the crystal display is stronger.

The most modestly priced iPad gets the A13 Bionic chip and a 12MP Ultra Wide front camera. Center Stage comes to the iPad, previously only available on the iPad Pro. This feature makes for more engaging video calls.

The ninth-generation iPad starts at $329 for the 64GB model. You can order it now and have it next week.

Apple’s smallest iPad gets its biggest upgrade ever, with a 40% jump in CPU speed and 80% faster graphics. It has an 8.3-inch Liquid Retina, 12MP front and back cameras and a USB-C port. 5G support is included.

The new iPad Mini starts at $499 for the 64GB model. Colors include Space Gray, Pink, Purple and Starlight. Order it now, as it will ship next week.

It was expected that 3rd-gen AirPods would be announced, but that didn’t happen. Even so, Amazon discounted existing models this week: