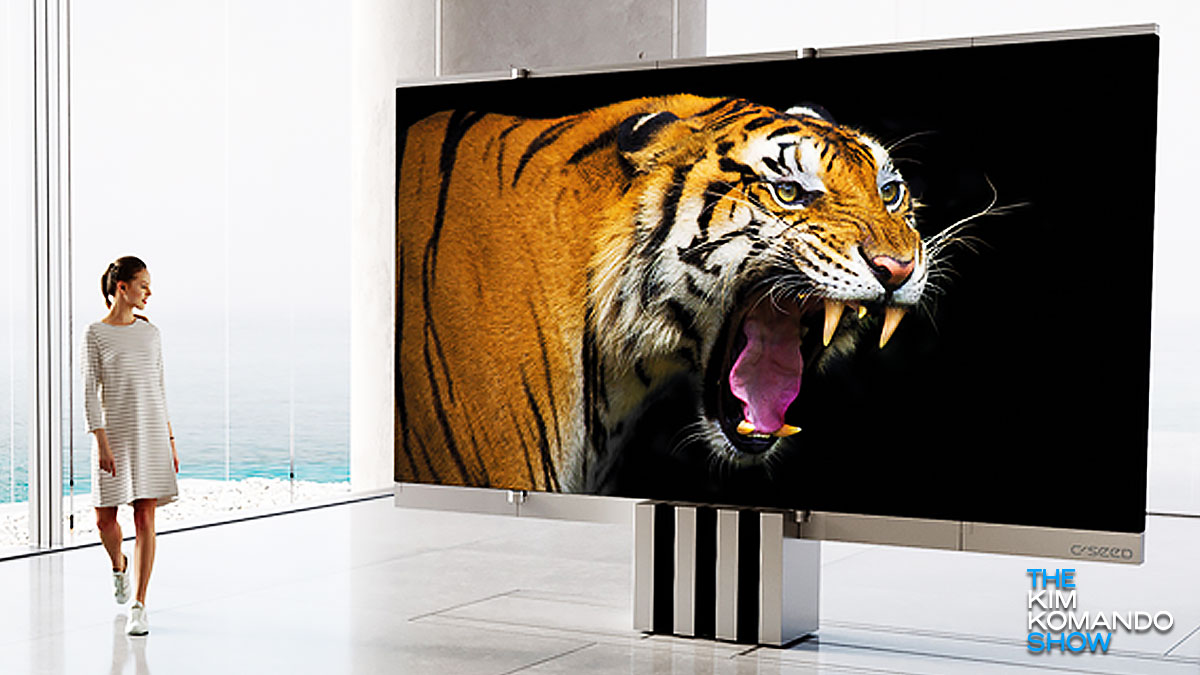 Have your TV habits changed since the start of the pandemic? With all the new shows and direct-to-streaming films, you are likely watching more than ever. There’s no reason to feel guilty. These are trying times, after all, and television can be a nice escape when you can’t really go anywhere else.

You may have spent a lot of money getting the TV you want, but you can get more enjoyment more out of it without breaking out your wallet. Your TV’s factory settings are not ideal for every environment, but you can change this. Tap or click here to learn how to get better TV quality in just a few steps.

When it comes to deciding on a new television, two factors to consider are cost and placement. You want the best TV for your budget and space. What if those factors were no object? One company is aiming for the 1% with a TV that defies convention in every way. Check it out.

The most popular television size is 65 inches. It wasn’t long ago that the magic number was 55 inches, so we know that this will increase with time. The C Seed M1 trounces our concept of size with its 165-inch display, which is almost twice the size of the largest LED TVs currently on the market.

Most modern TV sets use LED or OLED technology in their displays. Yes, there’s also LCD, but these are becoming less common as the prices drop on superior tech.

At the most basic level, LED TV pixels are lit up by backlighting, while OLED TV pixels are their own light source. This means OLED TVs are capable of greater contrasts, which leads to better picture quality. The M1 kicks the concept of OLED up a notch with its microLED display.

As the name suggests, microLED TVs shrink LEDs down, allowing for more pixels. MicroLED TVs will also last longer since OLED TV displays contain organic materials (the “O” in OLED stands for organic) that degrade over time. C Seed claims its M1 TV can potentially last 100,000 hours. This is greater than most OLED TVs’ projected lifespan, though time will tell if this holds true.

Perhaps the most shocking feature of this monstrous TV is the price. Ready?

While most of us worry about space for a new TV in our home, M1 customers most likely have the means to build a new house just for the TV. Wondering if your house is worth more than this TV? Tap or click here to find out.

The M1’s sticker price approaches that of the Lamborghini Aventador. And as with any exotic supercar, you choose the color. The M1 is available in silver, gold, black and titanium.

Wall mount or TV stand? Tough decision. But we aren’t talking about an ordinary TV here. The M1’s party piece is contained in its construction. The M1 consists of five panels that fold together, much like an accordion door. The TV can shrink to a more manageable size when not in use. But what’s the point?

The M1 folds into itself, so it’s easier to store inside the floor. Of course. Push a button and the TV will rise from the ground like a machined aluminum phoenix.

You may wonder about the gaps in the display. C Seed claims its Adaptive Gap Calibration Technology (AGC) solves this issue. The pixels at the edges of the gaps measure the distance between the panels and adjust to make the borders between the screens invisible.

You’ll have to hire a contractor to install this 3,000-pound mechanical marvel inside your floor, which will only add to the expense. Something tells us that won’t be an issue if you’re considering buying one. Check out the following video for a breathtaking view of this impressive TV.