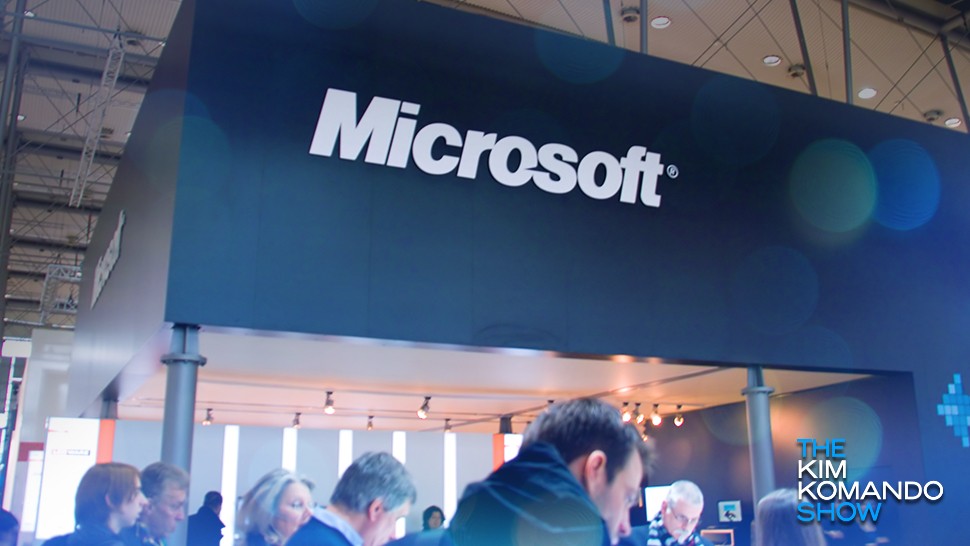 Microsoft held its annual October hardware and software event in New York City yesterday and as expected, the tech giant rolled out the updates for its impressive Surface line of gadgets and software offerings including Windows 10 and Office.

With the stellar reception of the premium Surface line, you can say that Microsoft’s entry to the hardware scene is nothing short of a success, giving Apple a run for its money.

If you missed the event, don’t worry. We’ve rounded up all the highlights. With software updates, three new Surfaces, and two other surprise announcements — read on to check out Microsoft’s best gadgets yet.

First, let’s talk about the hardware reveals. The first hardware update that Microsoft announced was the Surface Pro 6 tablet.

It comes in silver and now in matte black, too, as the early leak this afternoon showed. The Surface Pro 6 has a high-res 267 pixel-per-inch resolution 12.3-inch screen with the highest contrast ratio in any Surface gadget yet. 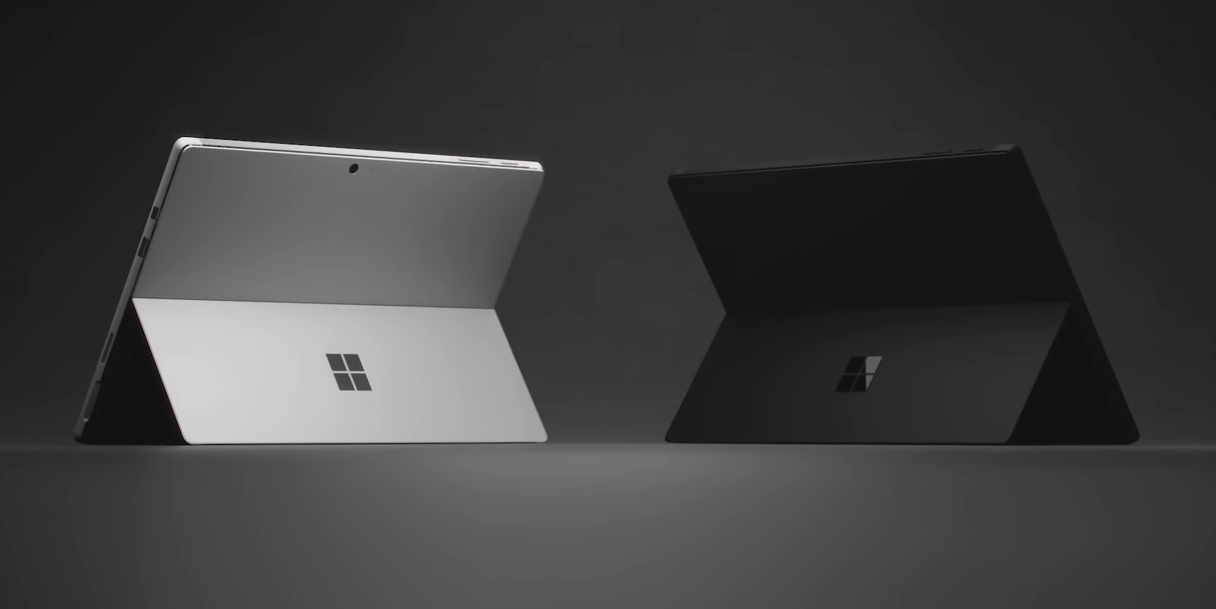 The Surface Pro 6 can support up to 16GB of RAM and a whopping 1TB Solid State Drive.

Microsoft also managed to optimize its cooling system to support its quad-core 8th generation Intel processor, a first in machines with a very thin tablet form factor. With these new processors, the Surface Pro 6 is 67 percent more powerful than its predecessor.

Battery life is rated at 13.5 hours despite only weighing 1.7 pounds. Wow. The Surface Pro 6 may just be Microsoft’s best engineering masterpiece ever.

What’s the entry point for this amazing machine? The Surface Pro 6 with Core i5 will start at $899. Although that’s still a lot of cash, it is the lowest priced launch Surface Pro ever. It’ll be available Oct. 16.

Next up, the next-generation Surface Laptop 2 and like the earlier leaks suggested, it is also now available in a sweet matte black finish. 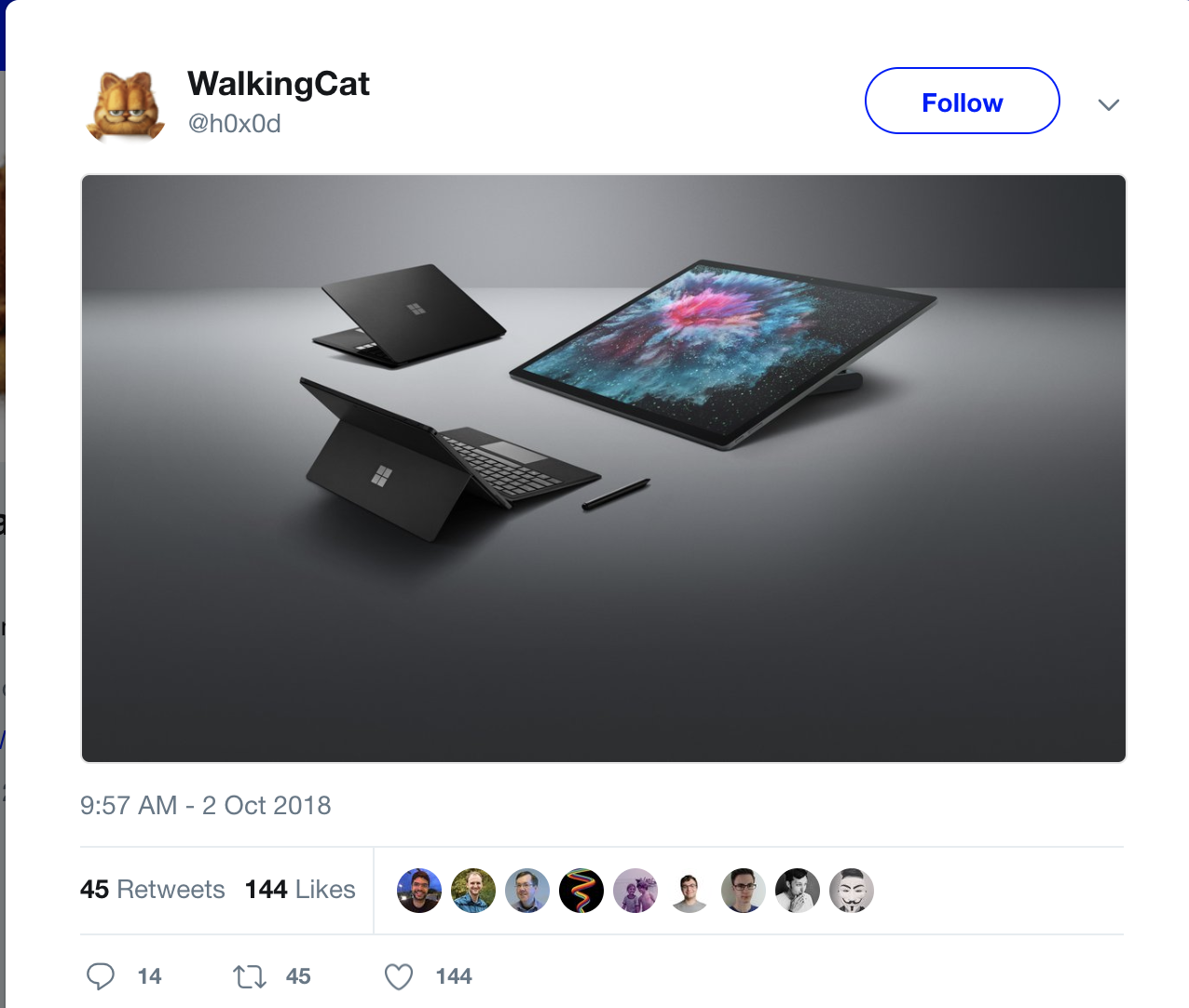 With its redesigned keyboard, Microsoft claims that the Surface Laptop 2 provides a quieter typing experience, keeping you “in the flow.” 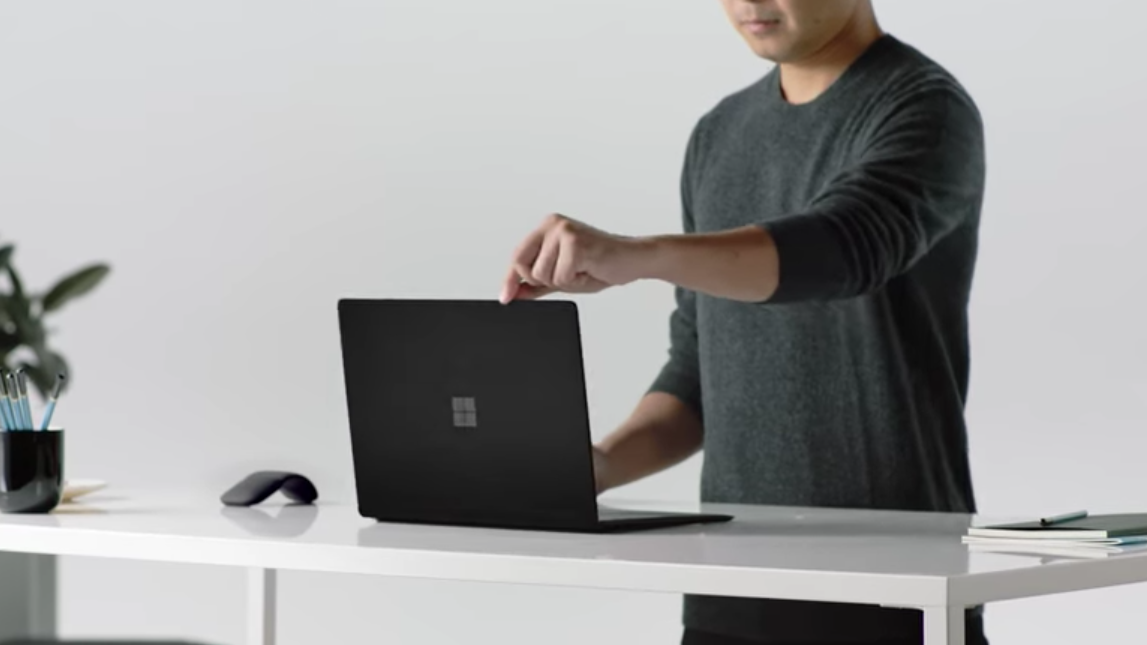 Its display was also updated with more than 3.4 million pixels and a 1,500:1 contrast ratio (great specs in a tablet, but not as good as the Surface Pro’s display.)

Better yet, the Surface Laptop 2 is 85 percent faster than the original.

And of course, Microsoft’s own version of a Surface “all-in-one desktop” won’t be left behind.

This time around, the Surface Studio didn’t get any redesigns, but it was beefed up with hardware upgrades.

Microsoft claims that with the new Surface Studio’s NVIDIA next-gen Pascal graphics chip, it is the fastest Surface gadget ever. 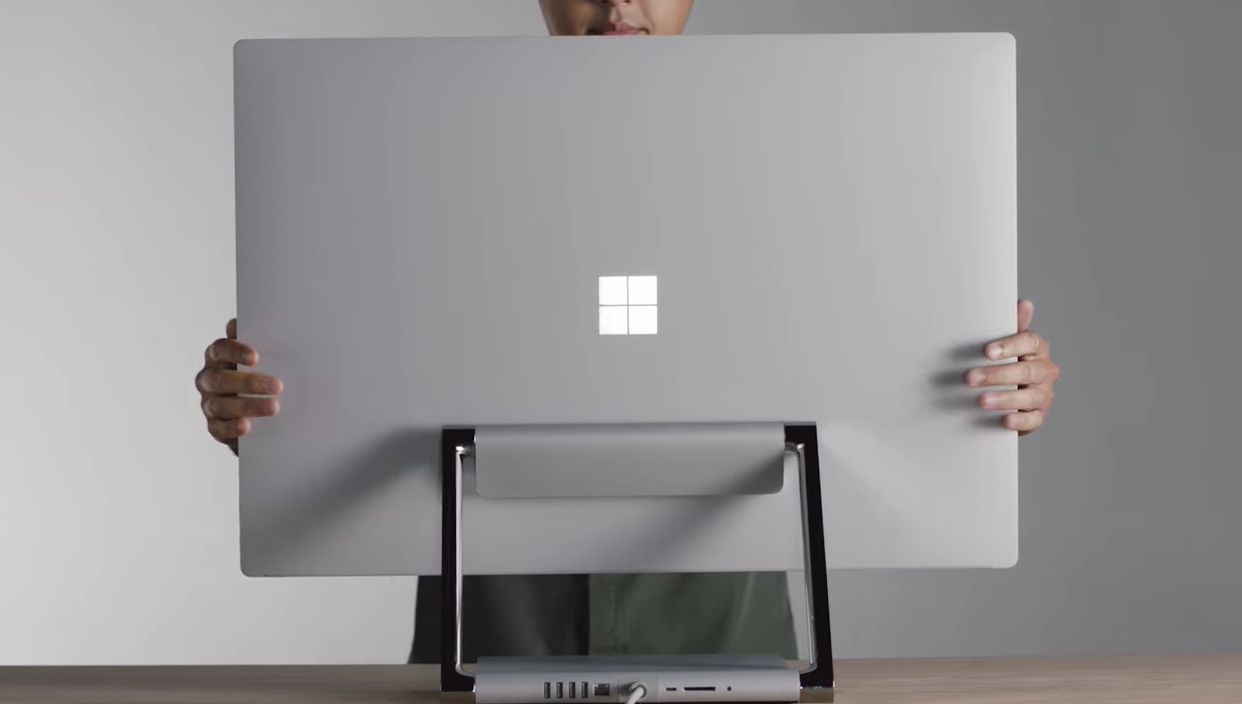 No official release date has been announced for the new Surface Studio yet but pricing starts at a whopping $3,500.

Hmm, it looks like Microsoft is planning to take on the Apple/Beats premium headphone game with this surprise product announcement — the Surface Headphones!

Like the flagship Beats Studios, the Surface Headphones are likewise wireless and noise canceling. Microsoft said that they come with 40mm drivers and 13 levels of noise canceling. 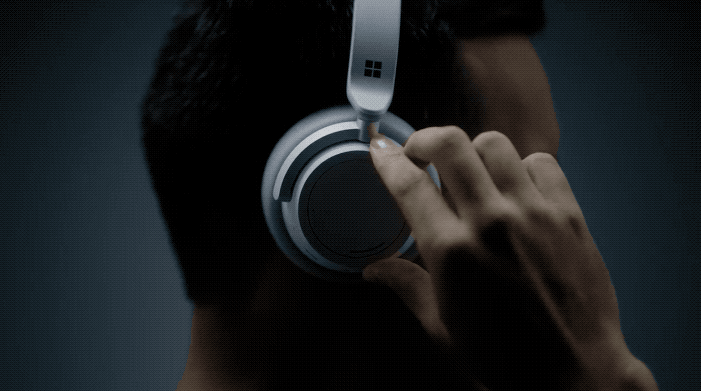 And get this, to set it apart from other headphones in its class, the Surface Headphones also have Cortana support.

Like the Surface Studio, no official release date for the Surface Headphones yet but they’re reportedly priced at a hefty $350.

On to the software and apps side. First off, the Windows 10 October 2018 Update was finally officially released yesterday.

As we reported earlier, this update may not be as big as the April Update but it will bring features like improved Storage Sense, a Your Photos desktop pin, an updated Emoji panel, more Fluent Design user interface improvements, multitasking Sets, and improved game modes.

Important: Before you upgrade your PC with Windows 10 October 2018 Update, make sure you have enough space (around 10GB)! Why? If you don’t have enough room, Microsoft warned that your machine may fail to initialize after running Windows update. Click or tap here to read more.

Your Phone – Now, on to software. Here’s something new in the Windows 10 October Update.

Soon, you can also mirror an Android phone’s entire screen to a Windows 10 computer.

And get this: You can seamlessly drag a file from the Your Phone app (your Android phone) straight to the Windows 10 machine.

After the failure of Windows Phone, it looks like Microsoft is expanding Windows integration with Android to counteract iOS and MacOS.

Microsoft Launcher for Android – Swiping to the right now gets you a feed of calendar events, to-do items and your timeline. It can also integrate with WhatsApp now.

New Inking Tricks in Microsoft Office – Microsoft Ink also gets nifty Surface features. Now, you can hand-write text in Office, say in a PowerPoint slide, and it will automatically transform into formatted text.