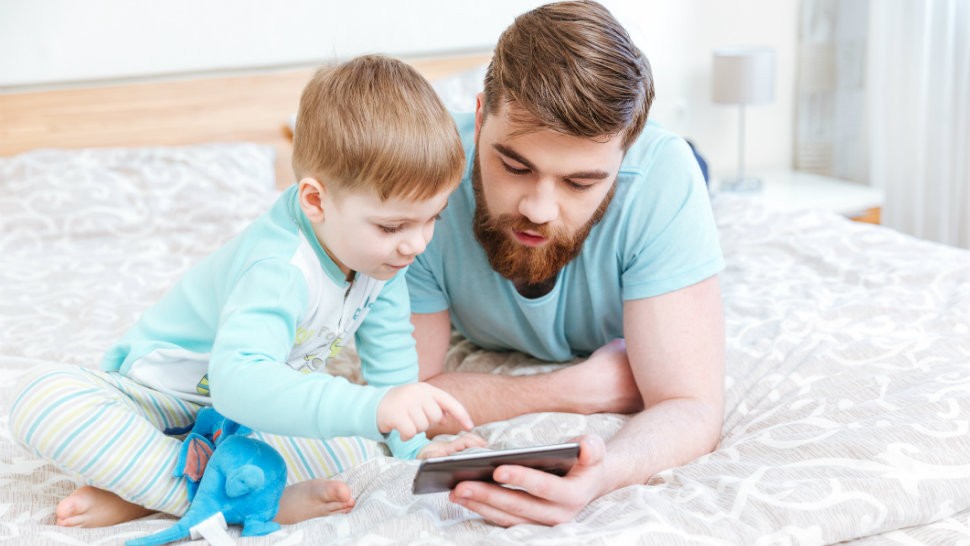 Once upon a time, there was a digital voice assistant made by Google. It answered questions, talked about the weather, controlled lights and helped people write text messages when their hands were busy. One day, that assistant discovered it had stories to tell, and there was much rejoicing.

Google Assistant can be an excellent digital companion, but it also has a flair for entertainment.

The “Tell me a story” feature will whisk you away to other worlds as your gadget reads out loud to you.

This feature was originally only available on Google Home devices, but it just recently arrived in your pocket, right on your phone. And, it’s not just for Android gadgets, it also works with iOS devices if you have the Google Assistant app. How cool is that!?!?

“Hey Google, tell me a story” is aimed at a younger crowd, but it’s fun for anyone, whether you’re putting the kids to bed or just want to escape into an entertaining tale in your spare time.

Ask Google to read to you

On your phone, just say the same command as you would to a Google Home device. These stories are culled from Google Play Books, so you’ll need to have the latest version of the app installed on your smartphone to access them.

I tested this out by activating Google Assistant from the home screen of my Android phone. The assistant asked how it could help and I responded with, “Tell me a bedtime story.” My request got me a cute narrative called The Not-So-Scaredy Cat. The 9 minute story opened in the Play Books app, which also let me pause, move forward or rewind, and turn on a sleep timer.

You can ask for other specific types of stories. Try commands like “Tell me a princess story,” “Tell me a monster story” or “Tell me the Hansel and Gretel story.” This ability is a little limited. If you try “Tell me a scary story,” you will get a joke about the internet going down.

I tried for another random story by saying, “Tell me a story” to my phone and got one called The Rat and the Elephant, as relayed by a woman with a British accent. This super-short story lasted just a few minutes, but it was a fun version of a classic Aesop’s fable. Though these stories are geared for kids, I certainly enjoyed them.

You’ll also like: tap or click here to learn how a new Google Play Store feature can help you save money.

Read along with Google Assistant

There’s also a slightly different way to approach story time with Google Assistant. You can read certain Disney Little Golden Books out loud and let Google provide a soundtrack and sound effects to go along with the text. The read-along feature only works with Google Home devices and not on phones.

To activate it, say, “Hey Google, let’s read along with Disney.” Home will ask you which book you want to read. Give the title (the collection includes everything from The Three Little Pigs to Cinderella and Aladdin) and start reading aloud when music starts.

Google Home responds to keywords, so when you get to the wolf in The Three Little Pigs, for example, you’ll hear the sound of huffing and puffing. Parents with young children who are into Golden Books will get a kick out of this ability. It adds an extra dimension to story time.

The Google Assistant storytelling features are an excellent alternative to just turning on the TV for kids. They can also help transport you back to childhood as a reminder of a time when imagination ruled.

Now that “Tell me a story” is available on your phone, you can waltz into Beauty and the Beast, follow the trail of breadcrumbs with Hansel and Gretel, or revisit Aesop’s timeless lessons wherever you are.