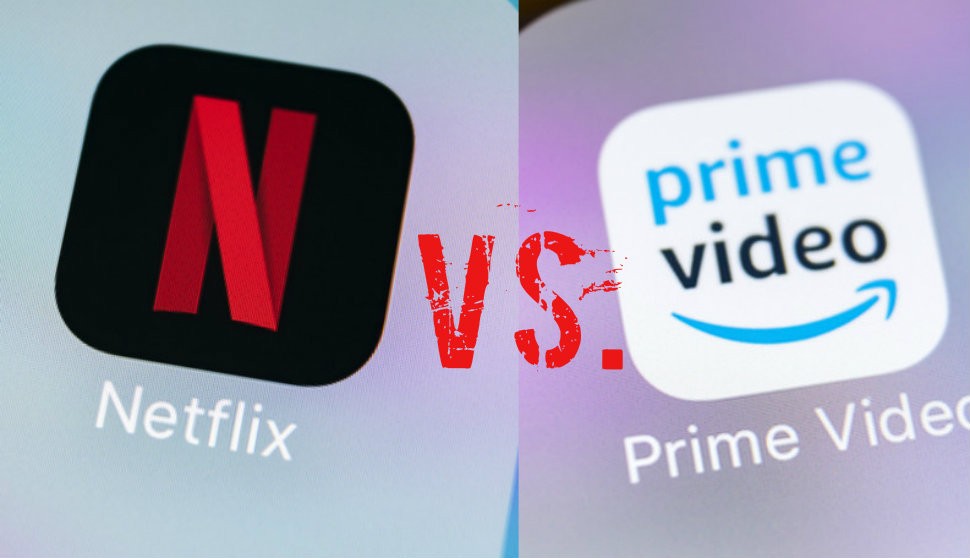 Streaming services have already transformed the way we watch TV shows and movies. For a monthly subscription, you can now watch an unlimited amount of movies and TV shows to your heart’s content. Streaming an online video is so popular that it can now compete with baseball as “America’s favorite pastime!”

Don’t worry, we did the legwork and the research for you! In this tip, we break down and compare the top two destinations for online video streaming, Netflix and Amazon Prime Video, and pick out a winner!

Read on and we’ll decide which is better – Netflix or Amazon Prime Video?

Currently, Netflix has three plans to choose from. Depending on your streaming quality needs and the number of simultaneous screen access, you might prefer one plan for another.

$7.99 for Basic – This is Netflix’s no-frills plan. One screen access and no HD, all streams are in Standard Definition/DVD quality only.

$10.99 for Standard – For most people, Netflix’s Standard plan is the best choice. You get two simultaneous streams and up to 1080p HD video quality.

$13.99 for Premium – Netflix’s most expensive plan allows 4K HDR Ultra HD quality streams and up to four simultaneous screens. Unless you absolutely want to see your favorite shows in 4K, this is overkill for most people.

Personally, I want to see more in-between plans and price points like a four-screen HD-only plan or a two-screen 4K plan but that will probably just complicate Netflix’s pricing scheme.

Access to Amazon’s Prime Video library is one of the great perks that come with a $99/year (or $12.99/month) Amazon Prime membership.

If you are not a Prime member, you can subscribe to Prime Video for a flat rate of $8.99 a month.

It’s safe to say that Netflix is everywhere! That’s pretty much the goal of Netflix when it started its video streaming service, to get it into as many platforms as possible.

For more flexibility, you can also cast Netflix content from a smartphone to a Chromecast or Airplay it to an Apple TV.

Not to be outdone, Amazon Prime Video is also available on a wide selection of platforms. It has iOS, and Android smartphone and tablet apps, streaming box apps (Roku, and Apple TV, and Fire TV, of course), connected Blu-ray players, game consoles, and various Smart TVs. Like Netflix, you can also watch Amazon Prime Video content on a web browser.

There’s one thing that the Prime Video apps can’t do – Chromecast casting. Due to competitive reasons, Amazon doesn’t allow casting from its video apps to Google’s streaming stick. However, you can still use Airplay to stream Prime videos from your smartphone to an Apple TV.

Across platforms, Netflix’s interface is clean, simple and easy to navigate and searching through its library is a breeze.

Popular Shows, New Releases, Top Picks, Genres and Continue Watching sections all have their own easy-to-find carousels so whenever you open any Netflix app, it seems like there’s always some specific curated content waiting just for you.

You can also set multiple profiles on a single Netflix account so you can personalize your Netflix content even further.

Within a show or movie’s page, you get a short summary, cast/director, episodes and related content. Plus, you get buttons for bookmarking it to “My List,” “Like,” sharing it and downloading it for offline viewing on supported platforms.

Once you start playing content, Netflix is simple as it can be. You get your usual play/pause control, rewind/fast forward slider, and audio/subtitles options.

All in all, if you’re just looking for something to watch to pass the night away, Netflix’s interface and algorithm do a great job of simplifying things for you.

Generally, Amazon Prime Video’s main interface is not as clean as Netflix’s, you may even find it too busy and cluttered. It’s very similar to the Amazon online shopping experience – everything’s just filled to the brim with details.

Similar to Amazon’s Fire interface, you have multiple tabs, each with its own set of content. Each tab is endlessly filled with recommended content based on your viewing activity. With the overwhelming number of choices it throws at you, browsing through them all can sometimes be quite a chore.

In a show or movie’s page, you also get a short summary, cast/director information, “Add to Watchlist” button, download option for supported gadgets plus tons of other details you may or you may not be interested in.

Once you start playing a video, you get your simple regular play/pause and rewind/fast forward buttons, video slider and audio/subtitle selection. However, you also get Amazon’s own X-Ray feature – an in-video portal for, you guessed it, more details about the content you’re currently watching.

All in all, Amazon Prime Video’s interface is usable enough but with its penchant for cramming in tons of information, simplicity is not its strongest suit.

Because of contracts and studio agreements, third-party content within each streaming service is always in flux. What’s available now may be gone from month to month.

But Netflix is the granddaddy of streaming videos and it has a leg up on knowing what its subscribers want. The service may have lost a lot of third-party content through the years, but each month, Netflix still manages to bring a solid library of old classics, recent blockbusters and hit TV shows plus niche and quirky content.

Although excellent in figuring out what you might like, try going beyond Netflix’s personalized algorithms and browse through specific genres instead. You’ll be surprised by what you’ll find.

Amazon has been slowly building its Prime Video library and you can say that it’s starting to rival Netflix in terms of third-party content. There’s always that specific movie or TV show that you can only get via Prime Video and not through Netflix (and vice-versa, to be fair.)

Also as a plus, Amazon Prime Video appears to be the home of plenty of independently produced (but not necessarily good quality) content. If you’re looking for web shorts and off-the-wall documentaries, Prime Video has those in spades.

I’m also starting to see plenty of cult favorites and old-school B-movies in Prime Video and those are always welcome additions to any streaming service.

A few years back, Netflix adroitly recognized that original programming is the future of streaming services. Instead of relying on third-party studios to provide content, the company decided to produce its own content. In fact, the company is reportedly spending $8 billion to produce original content in 2018 alone.

This move is paying dividends for Netflix, both commercially and critically, forcing other streaming services to follow suit.

Netflix is the home of quality content and fan favorites such as “Stranger Things,” “House of Cards,” “Orange is the New Black,” “The Crown,” Marvel’s “Defenders” shows (“Daredevil,” “Jessica Jones,” “Luke Cage” and “Iron Fist”), “Narcos,” “Altered Carbon” and “Bright.”

And the Netflix content train will not stop anytime soon and we’re expecting even more original content moving forward.

Amazon is likewise following the original content strategy and it’s also beefing up its library with self-produced movies and TV shows.

Although the number and quality of Prime Video originals still lag behind Netflix’s offerings, Amazon has managed to put out quality shows like “Transparent,” “The Man in the High Castle,” “Electric Dreams,” “The Grand Tour,” “Bosch” and “The Hand of God.”

So what’s our verdict?

Based on all the factors I listed, which is better? For now, Netflix is my definite pick on three out of five factors – device support, interface and original content. But it’s a draw on third-party content and Amazon Prime Video wins out on pricing.

If you absolutely have to choose only one, then Netflix is still the king of streaming services. Even just for the amount of quality original content it regularly puts out, it is totally worth it.

Amazon Prime Video might not be the best standalone service, but as a perk for Amazon Prime members, it is a tremendous value. It’s still expanding its offerings as we speak, too, so its future is bright.

Want to decide for yourself? Both services have month-long trials so test drive them and see their offerings before you finally sign up.

But why not get both? It’s not uncommon for cord-cutting households to have multiple streaming services. With this in mind, Netflix and Amazon Prime memberships are actually a fantastic combo to have.

How to load up with free movies to watch while traveling

Planning for a long road trip? Here’s how you download content from your favorite streaming service and play it even while you’re offline.