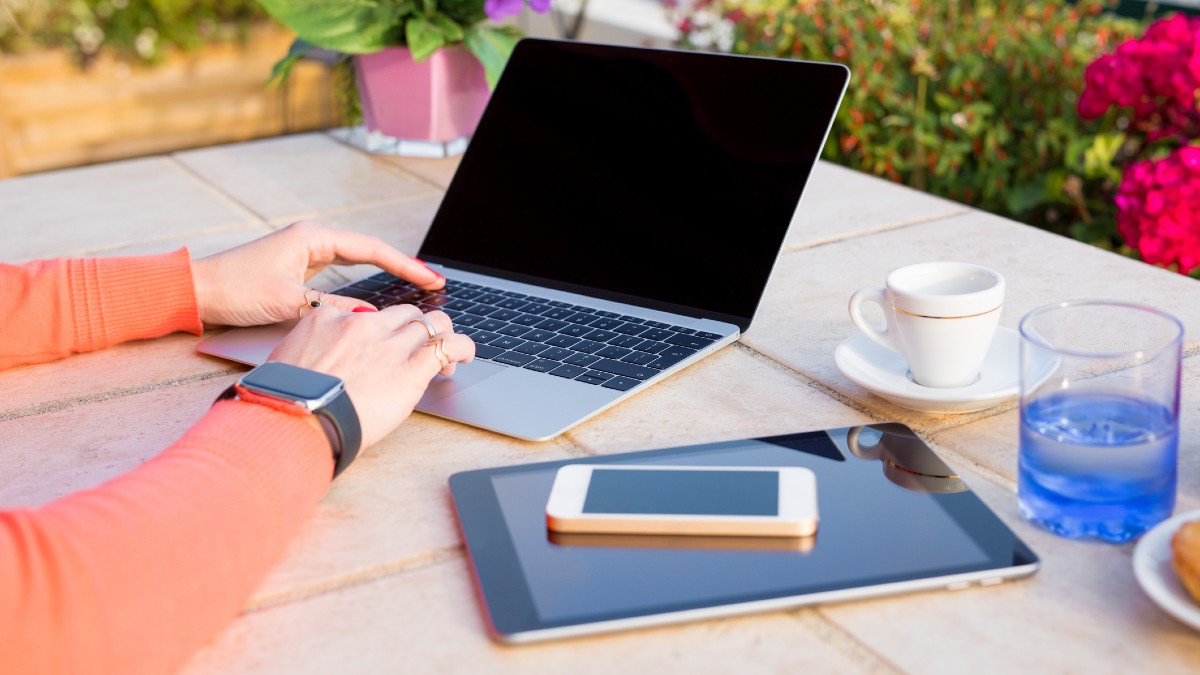 What is Universal Control for Apple devices? iOS 15.4 and macOS Monterey 12.3 both ushered in a new era of Apple functionality.

Universal Control lets you use the keyboard, mouse, or trackpad of your Mac to control up to two other nearby Mac or iPad devices and work seamlessly between them. Tap or click here to turn your iPad into a full-fledged computer.

Yes, you read that right. You’ll finally be able to control multiple Apple gadgets with one single keyboard and mouse, up to three machines simultaneously. Here’s everything you need to do to get started.

How to Use Universal Control

Universal Control comes natively through a wholly updated system. Before getting started, make sure your devices are updated to iPadOS 15.4 or later and macOS Monterey 12.3 or later.

RELATED: 10 tips and tricks for your new iPad

To use Universal Control, you’ll need to set it up on all devices you would like to include. Begin with your Mac.

The following two toggles after this one should stay on if you would like to be able to mouse into any of your connected displays. The automatic connection allows the system to pair continuously, even if disconnected briefly. You can customize your experience by enabling these options selectively if desired.

Repeat this process for any other Mac included in the mix. After doing so, you’ll also need to activate Universal Control on your iPad. Here’s how:

From this point, you’ll be able to link each device together automatically. Unlock them all and have each device nearby. Follow these steps:

Once a connection is established, you’ll be able to customize the array through your Mac’s System Preferences, just like you would with any other external display. You can see detailed steps from Apple here.

You can disable any of your connected displays through your Display settings, and you can drop them all at once using the keyboard shortcut Ctrl + Opt + Cmd + Del. Simple enough, right?

This feature needs a compatible Mac using macOS Monterey 12.3 or later and a compatible iPad using iPadOS 15.4 or later. Here are additional requirements:

Do you need a new MacBook to use Universal Control? Not exactly. The following devices are capable:

The same goes for the iPad that you use:

You’re ready to roll as long as you’ve met the requirements above and no device is outside of a 30-foot radius.

Why We Love Universal Control

You can drag, drop, type, and draw without borders using any gear listed above. There are so many reasons to incorporate Universal Control into your routine.

This last one is likely the question current Mac fanatics are most interested in hearing more about. What’s the difference between Universal Control and Sidecar, anyway?

Sidecar is an Apple-exclusive service that allows you to mirror or extend your computer’s display to a nearby iPad.

You can shut down your laptop and continue to use Universal Control elsewhere. You can use the iPad as a touch screen or simply as your viewing interface, plain and simple. The difference feels small on paper, but trust us when we say that Universal Control is a significant upgrade from Sidecar.

Creative work, professional productivity, and even browsing for fun become so much more efficient and engaging through Universal Control. Now, you’re free to operate cross-functionally without limitation.

You may also like: Hidden features to try now on your Windows PC or Mac