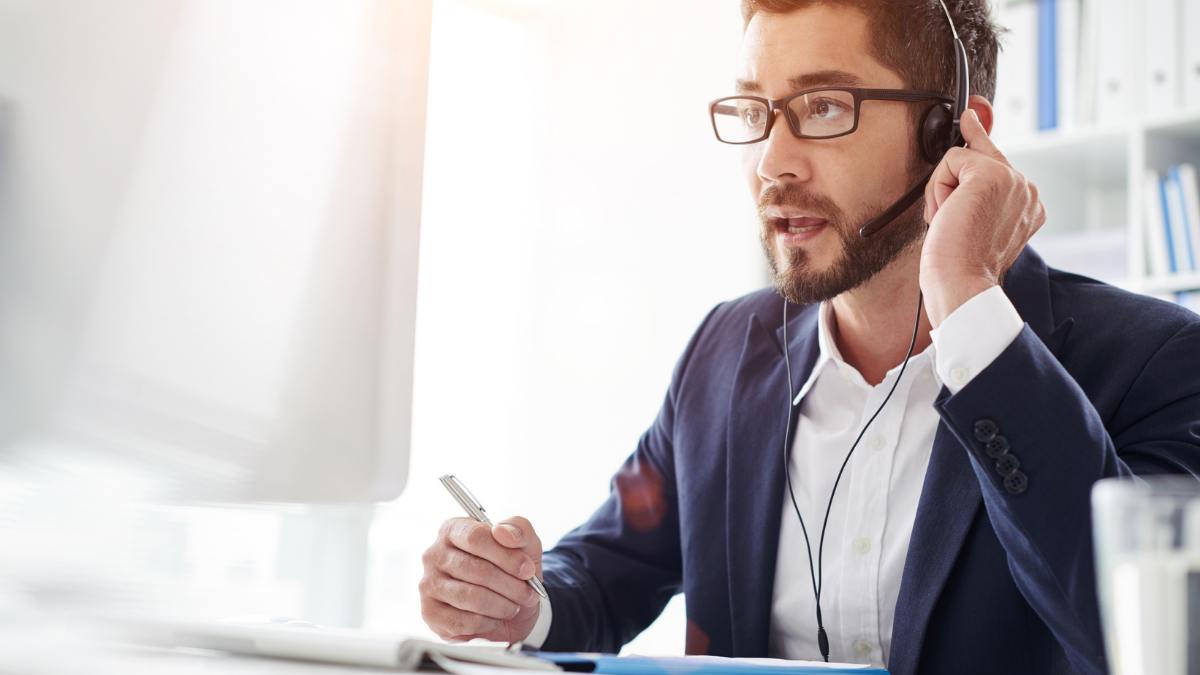 IT professionals can seem like angels in human form in times of need. With a few clicks of a mouse, they eliminate issues that had you perplexed. But not all tech issues are as hopeless as they may seem.

Some computer issues have simple fixes you can try on your own. Tap or click here for five easy solutions to common tech problems. If you bother an IT worker with one of these simple issues, they might roll their eyes and tell their friends about your “user error.”

That’s one of many insider tech terms IT folks use when you aren’t around. Only those in the know will have a clue what they mean when they say “Biological interface error” or “ESTO.” If you want to know what these terms mean, check out this list of 10 secret code words IT folks use.

This one stands for “Equipment Exceeds Operator Capabilities.” This is a technical term that implies you aren’t capable enough to use your equipment. They might use this phrase if you don’t understand how to use your device to its fullest potential or if you make a simple error that betrays your lack of knowledge.

It’s a bit mean but look at it from an IT person’s perspective.

They know machines inside and out, so they fully understand how capable smartphones, computers and other devices are. These gadgets are 100% focused on efficiency, computations and more. In comparison, we mortals have a lot more to focus on.

For example, computers don’t have to worry about fighting traffic, picking kids up from school, making meals or socializing. Thus, it’s easy for us not to memorize everything our equipment does. There’s always a learning curve for us.

So, from an IT person’s viewpoint, your device may be much more capable than you are — for the time being. The good thing about this is that you can always learn more about your devices. Tap or click here for the best online learning tools for developing computer skills.

This one is pretty similar to the code above. It stands for “Equipment Smarter Than Operator.” If you hear someone say that about you, it’s understandable if it stings.

But neither EEOC nor ESTO will sting as much as this next codeword. Here’s one that’s actually mean.

When you hear it aloud, it doesn’t sound like an insult. But look at the word “ID10T.” Does it remind you of anything? If you think it looks like the word “idiot,” you’re right on the money. Ouch!

Here’s an example of an ID10T error. Say your mouse won’t work, so you call IT and ask them for help. They arrive only to say, “It looks like your mouse isn’t plugged in.”

Sure, they might not say anything to your face, but they might have a funny story for the rest of the IT team when they get back: “I just dealt with a big ID10T error. You won’t believe this!”

This is one of the rare codes that actually lets you know it’s a code. Though you may not know what it refers to at first glance. Here’s a hint: The 18 refers to inches.

In other words, Code 18 means “The problem is 18 inches away from the screen.” Yep — it’s another way for IT workers to say the issue you’re dealing with is due to a user error.

You may think this is a cute way of saying, “This job was as easy as a walk in the park. I should have taken a picnic basket because it was so effortless!” Sadly, when an IT person says PICNIC in the context of helping you, that’s not their frame of mind.

More realistically, they’re using an acronym that stands for “Problem In Chair, Not In Computer.” In other words, they’re saying the problem came from you, not the computer. It’s okay: User errors are super common.

Get this. A joint study from security firm Tessian and Stanford University Professor Jeff Hancock found that employee mistakes cause 88% of data breach incidents.

So if you ever hear this term, don’t feel too down in the dumps. It’s not rare for employees to struggle with their computers. Some make such big mistakes they put their company at risk — so if you’ve never done that, you’re one step ahead.

If you want to stop cybersecurity issues before they start, we’ve got some resources for you to check out. Tap or click here to see a tricky password-stealing phishing scam in action.

Many company breaches start as phishing attacks, so it’s good to see how one works. That way, you’re better able to spot scams before they trick you. Tap or click to help spot phishing attacks.

Sometimes the problem you’re dealing with doesn’t lie within the computer. Sometimes, the problem exists between keyboard and chair or PEBKAC for short. Yep, they’re saying you’ve caused your tech issues.

If you don’t want to hear this term, you might want to learn some standard tech issues you can usually solve yourself. Tap or click here to learn how to solve five common computer problems.

8. A short between the headphones

Here’s a creative one. Think about what’s between a pair of headphones. When you slip on a headset, your brain sits in between.

Thus, silly user errors are often called “a short between the headphones.” I’ve heard of pilots, farmers, engineers and producers using this term. It isn’t mean-spirited since it’s referring to those moments we all have.

After all, “brain freeze” is a thing. We all make simple mistakes. Or, in other words, we all deal with “a short between the headphones” from time to time.

No, this has nothing to do with the Computer hardware company. But when you learn what this acronym means, you might wish that were the case. In reality, IBM means “Idiot Behind Machine.”

Yep: This is yet another acronym referring to human errors. Your machine isn’t at fault. Your issues are caused by yourself, according to the person saying this.

Hopefully, no one will say this when you’re within earshot. If they do, turn around and say, “I know what that means, so the ‘I’ doesn’t apply!” That should make you feel a bit better afterward.

This one’s pretty obvious. There’s nothing biological about a computer. It’s a machine made of metal.

Humans are biological machines made of blood, meat, fat, water, and other natural materials. Thus, a human error can also be called a Biological Interface Error. Clever, huh?

58% of workers are fed up with their computers – Are you?

Interesting ways to make money from home in 2022