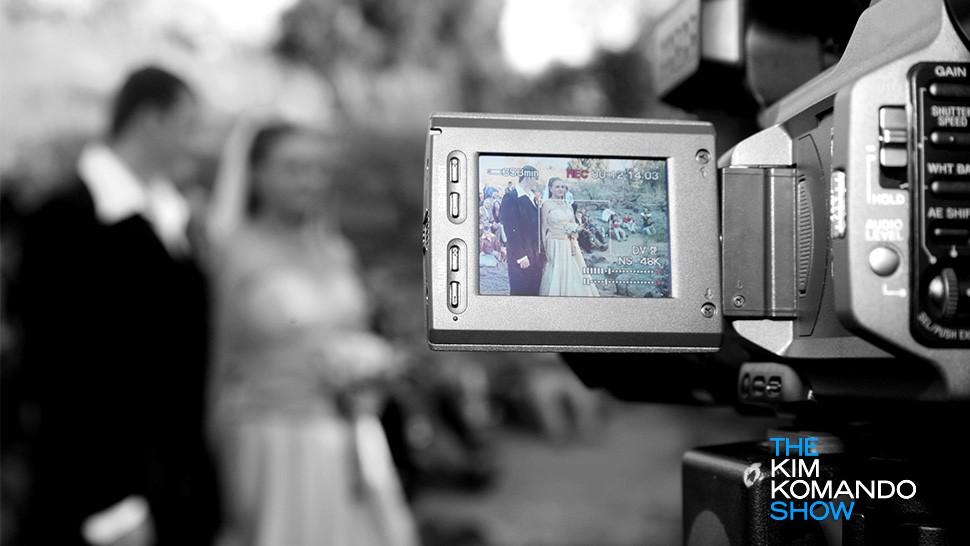 Many of our family images come from the pre-digital era — before we had fancy DSLR cameras and smartphones that capture beautiful photos and videos. But that doesn’t make those memories any less precious.

Some of your most important family memories may live on film, camcorder tape and still photos. Digitizing is the best way to preserve these special memories in danger of being lost or inadvertently destroyed.

If organizing the photos on your smartphone sounds agonizing, you’ll probably find the idea of transferring all those tapes and stills to a digital format even more daunting. We’re here to tell you it’s actually quite easy. We’ve compiled a list of resources you can use to digitize moving and still images that will save your money, time and sanity. And if you’re a do-it-yourselfer, we have you covered, too.

Some of us have so many photos, tapes and film of our families across generations, it’s hard to know where to start. If you’re lost in a sea of images, decide on your priorities with a tiered system.

What is most precious to you? Maybe you’re worried about fraying still photos of your grandfather in his military dress during World War II or film of your grandmother pregnant with your mother. Those should come first because they’re in the most danger of being destroyed by time.

Next, put camcorder tapes and photos of your growing family in the second tier. They’re newer and still have a strong shelf life.

Your third tier should include tapes and photos of extended family and friends. Save what you love, and be prepared to part with some, especially if your first reaction is, “Who is that?”

Just a drive away

Great! Now you’re organized and ready to get those old films and videotapes digitized. Now what?

That’s easy. Three very well-known retailers that will do the work for you. But be warned, you’ll have to pay up so be selective.

With Walgreens Photo, you can transfer videotapes from a variety of formats — Betamax (remember those?), VHS/SVHS, VHS-C, 8mm/Hi8/Digital8, MiniDV and Micro/Mini — onto a DVD or Blu-ray Disc.

Transferring one videotape of any format onto a DVD will run you $35, and that covers the cost of the conversion plus the disc. If you want it on Blu-ray, that will cost you $45 per tape.

Walgreens will even edit your videos for you or just transfer them as is. You can also get personalized packaging and set up a custom menu option.

Just load your tapes and film in a box and go to a nearby Walgreens. The company often runs deals, so keep a watch on the Walgreens Photo website.

Costco can transfer the same videotape formats as Walgreens but only to DVD. You can transfer up to two videotapes with a maximum of two hours of footage starting at $20.

If the footage on your tapes exceeds the two-hour limit, the content will be split into two DVDs and you’ll be charged as if you’d placed two separate orders. The service includes two personalized DVDs with intelligent chapters, personalized themes and custom music.

For film, you pay $20 per 150 feet and then 13 cents per foot. You get the same after-transfer perks as those who make videotape transfers.

For both film and video, your transfer can also be saved on the Google Photos cloud. You get a free account and unlimited backup and storage. Be on the lookout for any deals at Costco.

Related: Creating a shared photo repository is a snap

As with Costco, you can transfer up to two videotapes with a maximum of two hours of footage. But instead of $20, you pay $25. If your tapes exceed two hours, you’ll pay an additional $25.

The service includes one personalized DVD with intelligent chapters, personalized themes and custom music. Videotape and film are only transferred to DVDs while digital media can be put onto a Blu-ray disc.

Film transfers cost $25 for the first 100 feet and then 20 cents per foot. Click here to learn more about Walmart’s transfer services.

If you’re going to Walgreens, Costco or Walmart anyway to digitize your video and films, why not haul over some photos as well? Or you can do it later if that’s better for your budget. These services don’t exactly come cheap.

For $25, Walmart will transfer 165 photos and slides to a DVD with additional photos costing 15 cents per image. The service includes one personalized DVD with intelligent chapters, personalized themes and custom music.

Costco will charge you $20 for the first 62 images and then 32 cents for each additional photo. About 500 images can be put onto a single DVD. Their includes two personalized DVDs with the same add-ons as Walmart.

At Walgreens, you can transfer photos, slides and negatives onto a DVD or USB. It costs $30 for the first 30 or so images and 59 cents for each additional image. Each DVD costs an additional $10, while each USB drive costs $20.

In-person isn’t your only option. You can also go the mail-in route using iMemories, ScanMyPhotos or FotoBridge. With iMemories, the regular cost is 79 cents per image, but the site frequently runs specials so watch for those.

ScanMyPhotos offers to digitize 1,800 photos for $145. With FotoBridge you have a variety of packages to choose from, but keep in mind slides and negatives have their own pricing that will increase the cost.

The only real downside to the mail-in services? You have to trust some very precious memories in the hands of the Postal Service or one of the commercial delivery companies. You have to worry about them getting to the location in good shape and then about the photos getting back to you.

You take over the controls

If you’re a micro-manager, want to save some money or just like to get creative, you might want to take on this project yourself. In the past, that would mean using a regular flatbed scanner, saving the images to a computer and then transferring them from the computer to a DVD to share with family. Or you could put everything in the cloud.

But what about slides, negatives and camera film? That’s more difficult — unless you have the right equipment.

The V550 scanner can make your old photos look like new with its Easy Photo Fix feature. The best part? It won’t take forever. You can get right to high-speed scanning with no warm-up time, plus you can scan multiple slides, camera film strips and photos at once.

If you’re looking to take on this preservation project yourself, the V550’s speed is a blessing. It uses auto edge detection when you scan multiple items to crops each image and save it as a separate file. How great is that?

To scan negatives, use the Digital ICE feature. To scan camera film, use the built-in Transparency Unit. This scanner is great, but it can’t digitize videos or moving film reels. That’s asking a lot from one device.

If you’re only looking to digitize your old printed photos, there’s another option with no purchase required: PhotoScan by Google Photos. With the app, you can scan photos and have them come out at nearly the same quality as the original.

It automatically reduces glare so you can scan the photos right from photo albums or frames, which is a lot easier than collecting and scanning each photo. It also has automatic cropping based on edge detection and smart rotation, so your photos stay right-side-up no matter which way you scan them.

PhotoScan doesn’t offer to edit, though, so you’ll need a separate program for that. Check out these free photo editors you can try on your smartphone or computer if PhotoShop is too expensive.

PhotoScan is available for Android and iPhone.

Digitizing your old photos, film and tapes is a big task, but it’s worth the work to preserve those family moments and milestones. The hardest part? Prioritizing and organizing. But once you get past that, it’s clear sailing.