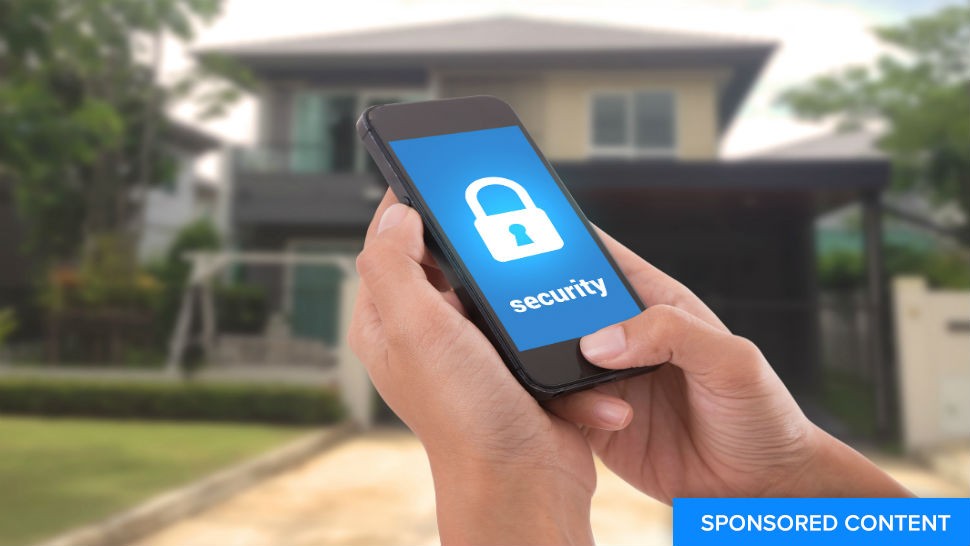 Choosing the right security system for your home depends on multiple factors. For plenty of people who are admittedly not tech savvy, they want something that’s simple to install — no hassle, no fuss — just a complete home security system minus the complicated setup process. Our sponsor, SimpliSafe, is offering free shipping and free returns! Just visit simplisafe.com/kim to protect your home with SimpliSafe today.

Then there’s the thought of having wire installations, monthly contracts, or a dedicated landline connection, and most will probably just put it off for later instead of dealing with these hassles.

With our sponsor SimpliSafe, your security system can be as simple as it can be. This company is revolutionizing the way we think about home security systems and it’s not hard to see why.

Here are all the features that make SimpliSafe the perfect home security system for even the most non-tech savvy DIY-ers out there.

SimpliSafe – as easy as it can be

And please put that drill away because you won’t need it. You can just stick SimpliSafe’s wireless sensors onto walls, doors, and windows without peppering your house with holes. SimpliSafe is the quick and easy Do-It-Yourself home security solution you’ve been waiting for! Click here to watch a video showing how easy it is.

You can start with a Starter package, which includes their core components — a base station, a wireless keypad, one motion sensor, one entry sensor, and a master keychain remote — essentially everything you’ll need to protect an average home.

The base station is the heart of your SimpliSafe system. It’s a 10.5-inch futuristic, cylindrical white cone that won’t look out of place in any home.

Position it right in near the middle of your house and you’re in business. The base station is equipped with a loud 85-decibel siren that will definitely help discourage any would-be burglar from breaking in.

Click here to learn more about how the burglar mind works.

The next core component is your wireless keypad

It’s required for arming and disarming the system while you’re in your home. On the other hand, the master keychain remote lets you rearm or disarm it when leaving or entering your premises.

Plus, SimpliSafe can also protect your home from elemental hazards as well. You can add other wireless non-security sensors like fire, freeze and carbon monoxide to keep you safe as well as secure.

Better yet, since SimpliSafe’s system is wireless and setting it up is a breeze, it can easily move with you from house to house, or even to an apartment.

SimpliSafe’s customizable home security packages got even better with the addition of its wireless cameras, the SimpliCam. These record in HD video, are always on the lookout, and use motion sensors to alert you of any intruders.

Set these up to keep an eye on key areas of your home. With the use of “Intelligent Recording,” when the system detects a break-in, the SimpliCams kick into action — recording sharp, HD-quality video you can review and use as evidence later.

Because some people are concerned about installing a camera in their home due to personal privacy, SimpliSafe cameras offer “Extreme Privacy Control,” which gives the user complete control over when the lens is open and closed.

Each SimpliCam is only $99 and you can view the footage from your smartphone, tablet or computer. You can also livestream the footage if you’d like. Otherwise, anything captured by the cameras will be stored for 30 days on SimpliSafe’s servers with the standard monthly plan.

No need for a landline or Wi-Fi

Another great thing about SimpliSafe is that it doesn’t rely on common points of failures like a wired landline or even on a Wi-Fi network. The base station uses its own cellular SIM card to communicate with SimpliSafe’s monitoring center.

That means that even if your home phone or internet connection goes down, your home will still be protected.

Even with SimpliSafe’s Standard Plan, you get round-the-clock monitoring for about 50 cents a day. When the system is triggered, aside from the local siren sounding off, the alert will be transmitted instantly to SimpliSafe’s live monitoring team. They will then contact the police to investigate and will also give you a call to let you know.

With the Interactive Plan, in addition to 24/7 live monitoring, you’ll also get on-the-go mobile control, SMS text and email alerts, power outage protection, smoke and fire protection, and more for only 83 cents a day.

One of the main reasons we love SimpliSafe’s home security system is because it offers all this outstanding professional home monitoring without any long-term contracts.

Yep, no commitments, no hidden fees, no activation or installation fees. For as low as $14.99 a month, which you can cancel anytime, you can have the round-the-clock home protection and that peace of mind you’ve been wanting all along.

But don’t take our word for it, try SimpliSafe now and see for yourself. Free shipping and Free returns! Just visit simplisafe.com/kim to protect your home with SimpliSafe today.