Have you cut the cord yet? Are you familiar with that expression?

You’ve probably been hearing that term a lot lately, including on Komando.com. It refers to people cutting the cord on cable TV or satellite TV.

It comes down to money and choices. Instead of blowing your budget every month on cable bills that run into the hundreds of dollars, you turn off the TV.

Don’t panic – You’ll still watch your favorite TV shows! You can stream shows on Netflix and Hulu, for example. There are countless TV shows and movies for you to watch anytime you want, and a lot of it is free.

There is another way to watch TV for FREE, though, and you may not know about it. A lot of people are watching over-the-air TV channels like ABC, CBS, NBC and Fox but also Me-TV, AntennaTV and others.

It’s like the days before cable TV, only with a lot more choices. Instead of having just three or four channels to choose from, there is now an almost unlimited menu of options.

That’s the good news. The bad news? Well, there is one problem with over-the-air TV, especially when it comes to your favorite shows. However, at Komando.com, we’re all about providing you solutions. So, keep reading because we’ve got one.

How Do You Record That?

If you have cable TV or satellite TV, you know it’s extremely easy to record shows. You just turn on your DVR (digital video recorder) and record.

Your TV provider may have even thrown in a DVR or two when you signed up. If so, you’re likely paying a monthly fee for it. Check your cable TV or satellite bill.

Whoever supplied your DVR, you know it couldn’t be easier to use. You just press “record” and it records what you’re watching. There are more bells and whistles, too, like rewinding live TV or fast-forwarding through commercials.

There’s a catch, though. If you cut the cord and you want to record an over-the-air TV show, you’re out of luck with many DVR players.

They can’t record broadcast signals. Fortunately, there are a handful of DVR players that can record over-the-air signals. Keep reading for three DVRs that we like.

Bonus: Cutting the cord? How to pick your streaming services

TiVo is probably the best-known DVR out there. It has lost its dominance in the market since cable TV and satellite TV providers started issuing their own DVRs. But it remains in the top tier of DVRs when it comes to quality.

Plus, you can stream your favorite shows on services like Netflix. In other words, it’s like watching cable TV or satellite TV, except without a huge monthly bill!

If bells and whistles (and a heftier price tag) aren’t for you, think about the Channel Master DVR+. The price starts under $290 and there’s no monthly fee.

It’s also more streamlined than fancier over-the-air DVRs. You can record two shows at once, or watch one and record another one. There are program guides and you can stream some content, such as YouTube.

But, more to the point, you can also record over-the-air TV shows. The main catch is that you need to pair it with an external hard drive. Still, once you’ve set it up, the Channel Master DVR+ will get the job done. 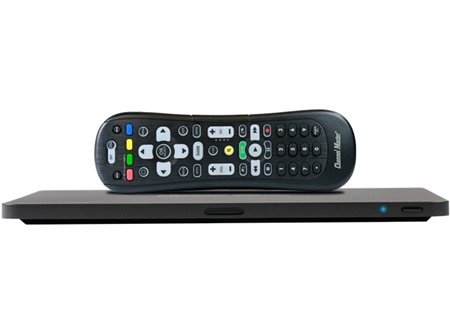 Tablo’s new over-the-air DVR, the Dual, can record up to two TV shows at one time with two ATSC tuners. It has 64GB of storage.

You can use it for free, once you’ve purchased it and as long as you have Wi-Fi. But the company recommends a monthly subscription service for some extra features.

Why not check out the free version? If it leaves you wanting more, give the subscription a shot.

One mistake people make when cutting the cord on cable TV