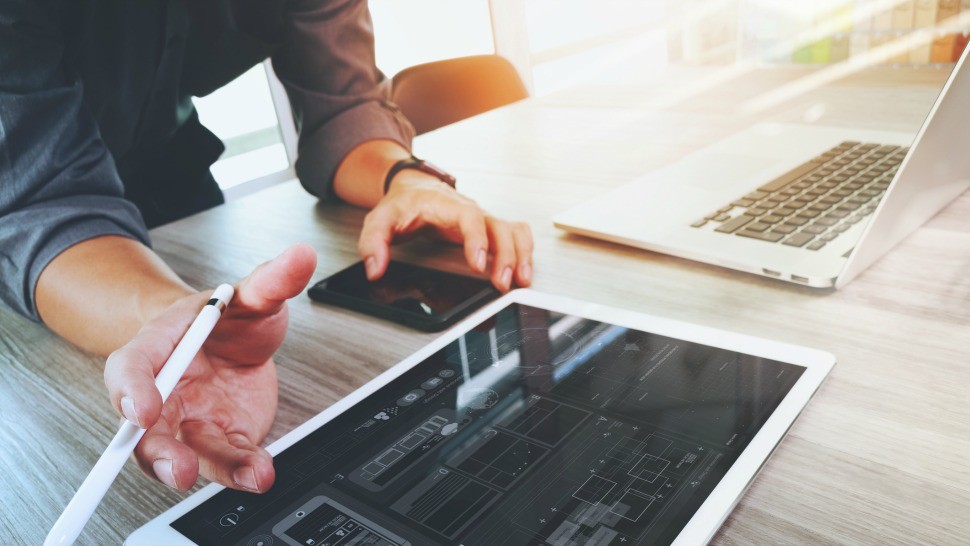 There’s an interesting trend in the digital world that has computer manufacturers in a frenzy: People aren’t buying as many new computers.

We’re not just talking about people hanging on to their machines for seven years or so. Even people who are in the market for a new computer aren’t necessarily buying computers.

Some of are buying Macs, but even more people are ditching their computers for tablets. It makes sense, as tablets are now more than powerful enough for web browsing, video chat, watching videos, reading eBooks, checking Facebook, writing emails, casual gaming and plenty more.

Plus, they’re much more portable than a laptop and have better battery life if you decide to take one on a trip. And, they’re usually cheaper than a full computer. Of course, the computer isn’t quite done yet, and a lot of people will still choose to buy them for good reasons.

So, which one should you buy? We’re going to take a look at some things to think about when you’re deciding between a tablet and a computer.

While Apple likes to boast that the chips in its iPads are “desktop class,” high-end computers still outperform high-end tablets in most tasks. The exception is Microsoft’s Surface line, which actually does run desktop processors.

So, a tablet still won’t be good for serious photo or video editing, music creation, hardcore gaming, digital art, serving media or other tasks that require a heavy processor, storage or graphic capability. So, if you need a new system for any of those, jump straight over to our computer buying guide.

Still, for the average person, a tablet should have enough power. Of course, controlling the power is another matter. While a touch screen is great for easy use, a lot of people still like a keyboard.

A tablet is definitely more portable than a desktop or even a laptop computer. You can use it in bed, curled up on the couch, in the kitchen or take it on the go. That portability does come at a price, though.

If you’re used to whipping up detailed emails, long Facebook posts or new pages for your novel, you might find the lack of a keyboard on your tablet to be a problem. Typing on a tablet’s touch screen is fine for short bursts, but over the long haul, you can’t beat a computer keyboard. Plus, hunching over a tablet for long periods of time isn’t the best for your posture.

For times you need to type, you can get a physical keyboard and a tablet stand. This turns your tablet into a laptop, at least temporarily. An inexpensive Bluetooth keyboard will work with most tablets. You can also get keyboard cases that include a keyboard and stand.

The nice thing about add-on stands and keyboards is that when you’re done writing, you can pop the tablet out and it’s back to playing popular games while curled up on the couch. Try doing that with your desktop or laptop.

Take a look at your desktop or laptop and you’ll see a lot of ports. You might have three to eight USB ports, a VGA, DVI or HDMI video port, ports for audio out and audio in, and more. That makes hooking up a monitor, plugging in a flash drive or external drive, plugging in a printer or speakers, and plenty of other tasks easy.

Due to space constraints, most tablets have very few connectors. At most you might have a microUSB port, a microHDMI port and a headphone port. On some tablets, you’ll get a microSD slot to add storage. For Apple gadgets, you get a headphone port and a single Lightning port, and you need to get adapters for USB, HDMI and more.

Before you drop your computer for a tablet, take a look at what is plugged in, and figure out how the tablet is going to adapt. For example, research how you can print from a tablet without using any wires.

Find out if the tablet you’re eyeing can support a USB hub and if it can read files off a flash drive. Maybe it can’t, but you’ll find it’s just as easy to use a cloud service to transfer photos and files between your gadgets.

Want to connect up a speaker to your tablet? They all have a headphone port that will connect to most computer speaker systems or a home theater with some adapters. Or you can get a Bluetooth speaker that lets you stay wireless while still blasting your tunes around the house.

No matter what you do with your computer, there’s likely an equivalent using a tablet if you do a little research. Speaking of which, let’s talk about the biggest objection many people make.

One common, and valid, worry people have about switching to a tablet is abandoning familiar computer programs. After all, you’ve used your favorite word processor, photo editor and financial programs for years and you’re used to them. How can you possibly find apps that are as good or easy to use?

At this point, most major programs have app versions, and many are free in your tablet’s app store. For documents, there are app versions of Microsoft Office, Apple’s iWork and Google Docs. If you buy a Microsoft Surface tablet, Office apps are already built in.

For photo editing, you can get Adobe’s Photoshop. To organize your photos, you can use the tablet’s built-in photo library app or grab an app like Dropbox.

If you have certain programs that you use a lot, such as a scanner, weather checker, personal organizer, or medical reference, you can poke around and probably find an app that does the same thing. What if you have a special program that doesn’t have an app equivalent?