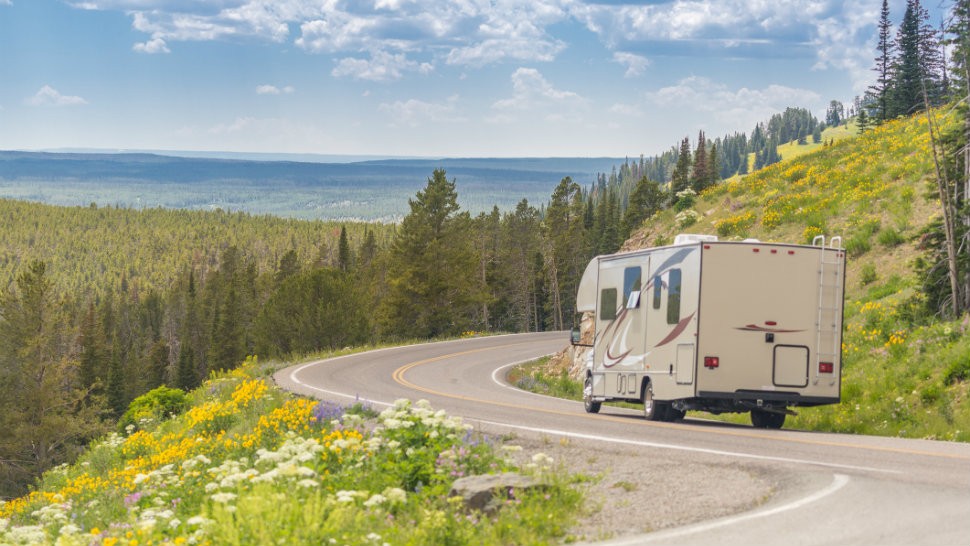 Ah…can you feel it in the air? It’s that marvelous time of year again when seasons change from winter to spring.

Many places around the country will be transitioning from arctic cold temperatures and mounds of powdery snow to warm sunshine filled days and beautiful blooming flowers.

It’s really the perfect time of year to get out and explore. After being cooped up inside the house for the winter, getting outdoors to soak up everything Mother Nature has to offer can be very soothing for the soul.

There are so many spectacular places to visit in the U.S. it can be difficult deciding where to go. Don’t worry, we’ve got you covered.

Here are 10 of the best spring season road trips that you should consider taking this year. 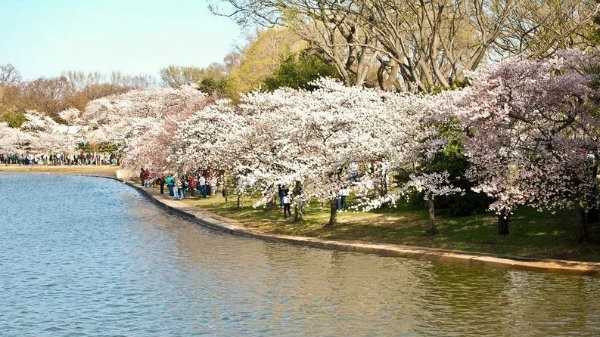 This route is 25 miles in total and perfect for the flower enthusiast. Located in Maryland and Virginia, its green parkway showcases over 590 wildflower varieties.

As you drive from the Great Falls of the Potomac through D.C. and south to Mount Vernon you’ll be treated to the likes of large-flowered Valerian’s and Virginia bluebells. However, the main attraction is the cherry trees. These are breathtaking when they bloom near the Tidal Basin in D.C. 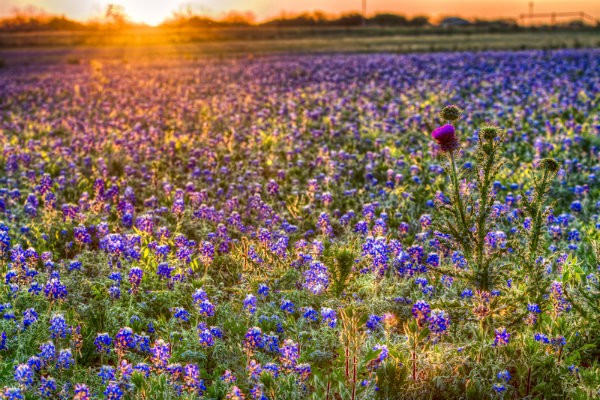 Endless gardens of bluebonnets are spread across Texas Hill Country. The route is just under 90 miles in total. If you’ve never been here, start in Austin and take U.S. 290 west to Johnson City’s Wildflower Loop. From there, head along U.S. 281 N to the official bluebonnet capital of Texas, the town of Burnet. 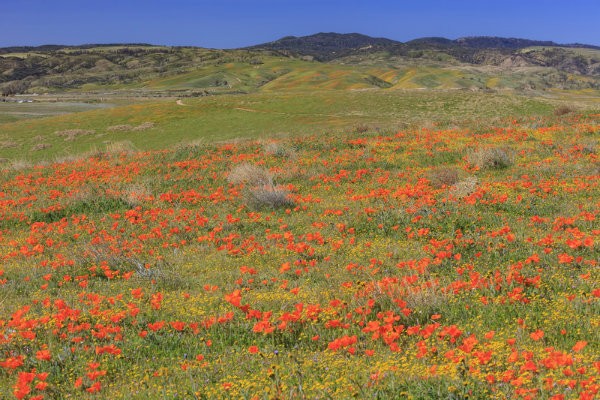 For those of you on the west coast, check out Antelope Valley, California. To get there from Los Angeles, drive north on Route 14 to the town of Lancaster. The route is spread across 70 miles.

During the month of March, you will see tons of blooming golden poppies throughout the Mojave Desert area. However, the over 17,000-acre Antelope Valley Poppy Reserve boasts the greatest concentration of California’s state flower. Here, you’ll also find cream cups, goldfields, and tidy tips beginning in late March. Oregon’s primary scenic attraction is found along the Historic Columbia River Highway. The route goes for nearly 70 miles from Portland through the Columbia River Gorge and Mount Hood.

Along the way, you’ll see Multnomah Falls, which is one of the tallest yearlong waterfalls in the U.S. Wildflowers like the purple Columbia kittentails bloom in late March near the waterfalls for a phenomenal view. 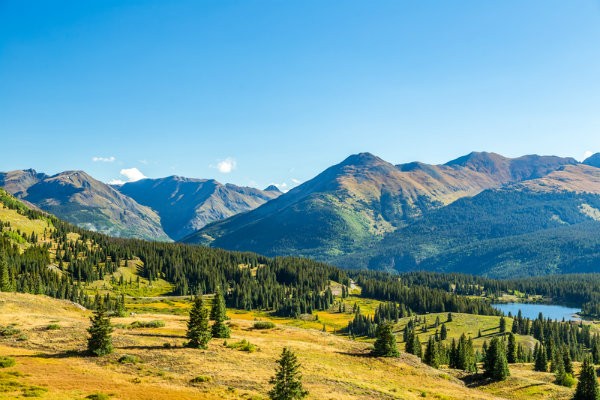 The San Juan Skyway is a massive route through Colorado that lasts over 230 miles. Make sure to pay attention when you’re traveling the stretch between the towns of Ouray and Silverton. That stretch is known as the Million Dollar Highway with a history of silver and gold mining and Victorian-era architecture. The Tamiami Trail winds its way across Florida’s scenic west coast from Tampa through Sarasota, Fort Myers and Naples before making its way across the Everglades and into Miami. The route is nearly 275 miles total.

Make a stop at Fakahatchee Strand Preserve State Park and you’ll be treated to some terrific views. This swampland was featured in the film “Adaptation” and showcases rare species of orchids. 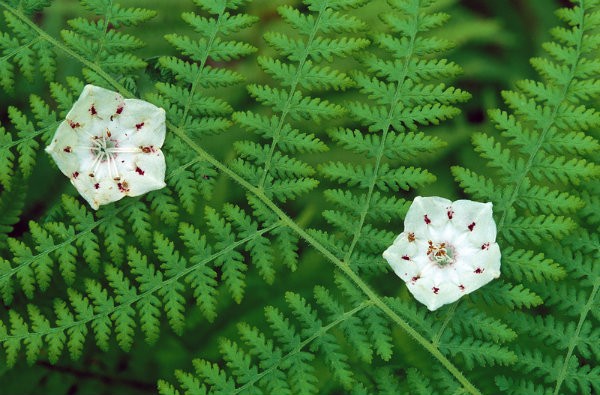 The Merritt Parkway stretches from the New York to Connecticut state line up to Milford, CT. It’s a fairly short route that lasts nearly 37 miles and is one of America’s oldest parkways. There are nearly 70 historic bridges and each of them has their own special look. If you make it to Stamford’s 91-acre Bartlett Arboretum, you’ll find over 2,000 plants to view. 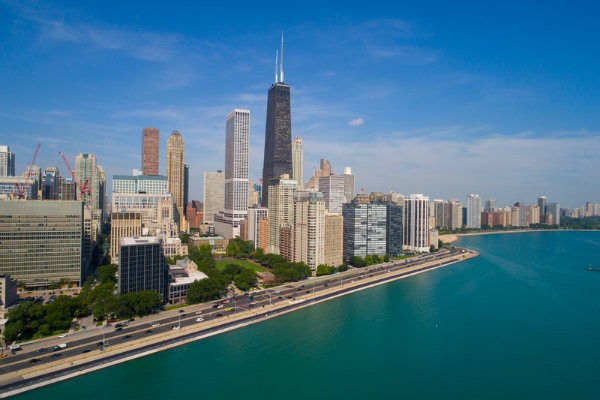 If you’re in the Midwest, don’t worry, we didn’t forget about you. Lake Shore Drive in Illinois is a classic 18-mile route to sight-see. Start near Edgewater Beach and make your way down to Jackson Park on U.S. 41. This beautiful drive touches Lake Michigan and cuts through Chicago’s urban parks. During Spring you will be able to gaze upon nearly 143,000 pansies and tulips which are planted along Michigan Avenue. 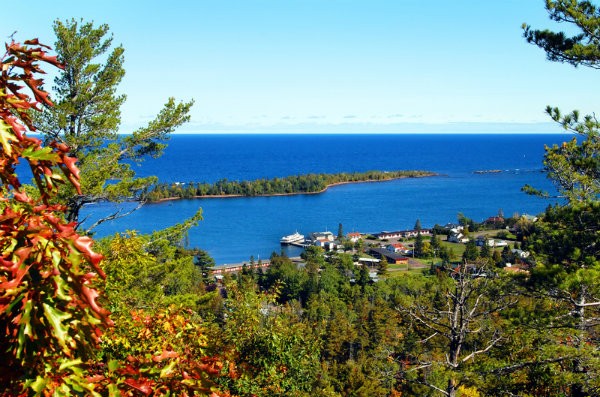 The Brockway Mountain Drive along the Upper Michigan coastline has some amazing views. Don’t blink though, the route is only about nine miles in length. Along the way, you’ll see terrific views of Lake Superior as well as some jagged cliffs. For your viewing pleasure, there are over 700 types of wildflowers as well as patches of strawberries. 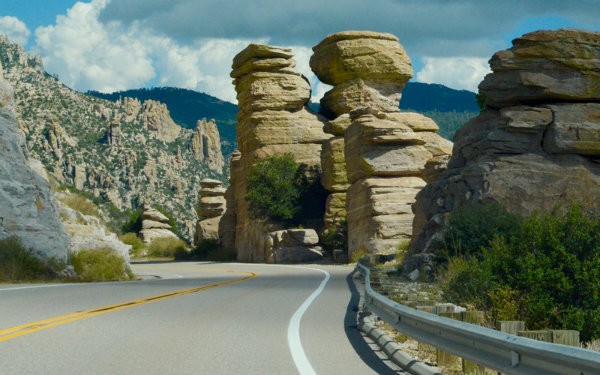 Mount Lemmon is the tallest peak in the Santa Catalina Mountains in the northeast edge of Tucson, AZ. Travel this 28-mile route along the Catalina Highway and you’ll find plenty of wildflowers. During Spring you’ll see such beauties as red fairy dusters and Mexican golden poppies. There are also some pretty amazing hoodoo rocks to keep your eye on.