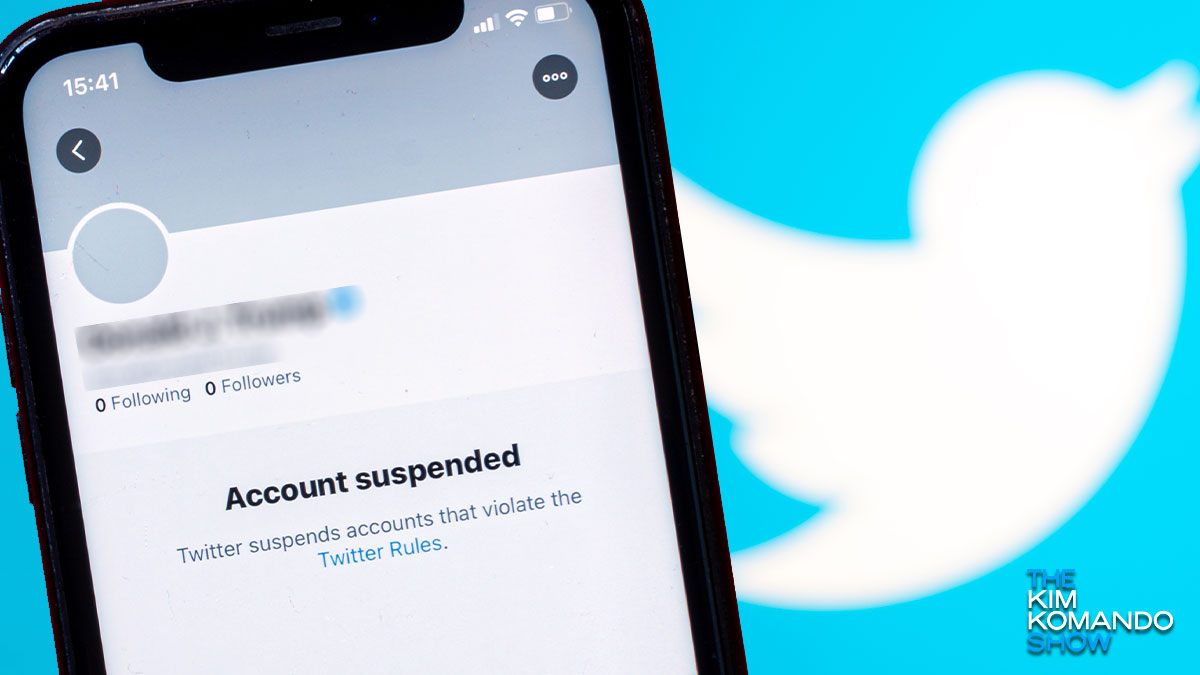 Social media has had a checkered past regarding privacy and security. It’s where scammers can get your personal details to commit identity theft. Not to mention the fake news problem that’s been going around for years.

Facebook is one of the worst offenders. If you’re sick of dealing with all its headaches, maybe it’s time to delete your account. Tap or click here for our step-by-step guide on how to get a copy of the Facebook data you want to keep and then delete your account.

People are now dealing with headaches on Twitter since Elon Musk took recently took over. He claims free speech was why he wanted to purchase Twitter, but he’s making moves that say otherwise. Keep reading to find out why people are being banned without warning.

The recent change in how some Twitter accounts present themselves stem from Musk’s rollout of a new verification system. Under the previous owners, only notable people and celebrities could receive a blue verification mark next to their names.

But Musk quickly introduced plans for a paid version known as Twitter Blue, where anybody (whether well-known or notorious) can pay $8 monthly for the coveted badge.

This didn’t sit well with some users, and, in protest, they started changing their screen names to Elon Musk. Naturally, Musk didn’t appreciate the idea. One of the first celebrities to change their Twitter profile name to Elon Musk was comedian Kathy Griffin, who found her account suspended shortly after.

Others also found their accounts suspended, leading Musk to explain that Twitter’s previous rules on impersonation or parody accounts are outdated.

Previously, we issued a warning before suspension, but now that we are rolling out widespread verification, there will be no warning.

This will be clearly identified as a condition for signing up to Twitter Blue.

So, what is the one thing you mustn’t do on Twitter, according to Musk? Impersonate someone else (especially Musk himself) without making it clear in your profile that it’s a parody account.

Musk says that without clearly specifying your account is a parody, it will be permanently suspended and made clear in the terms of Twitter Blue. Does this go against the idea of free speech? It sure seems to.

Also, don’t think you can pay for Twitter Blue to get verified and change your name later. Musk thought about that and said any name change would cause a temporary loss of your verified checkmark.

Amid Twitter changes, the scams have begun – Don’t fall for this one