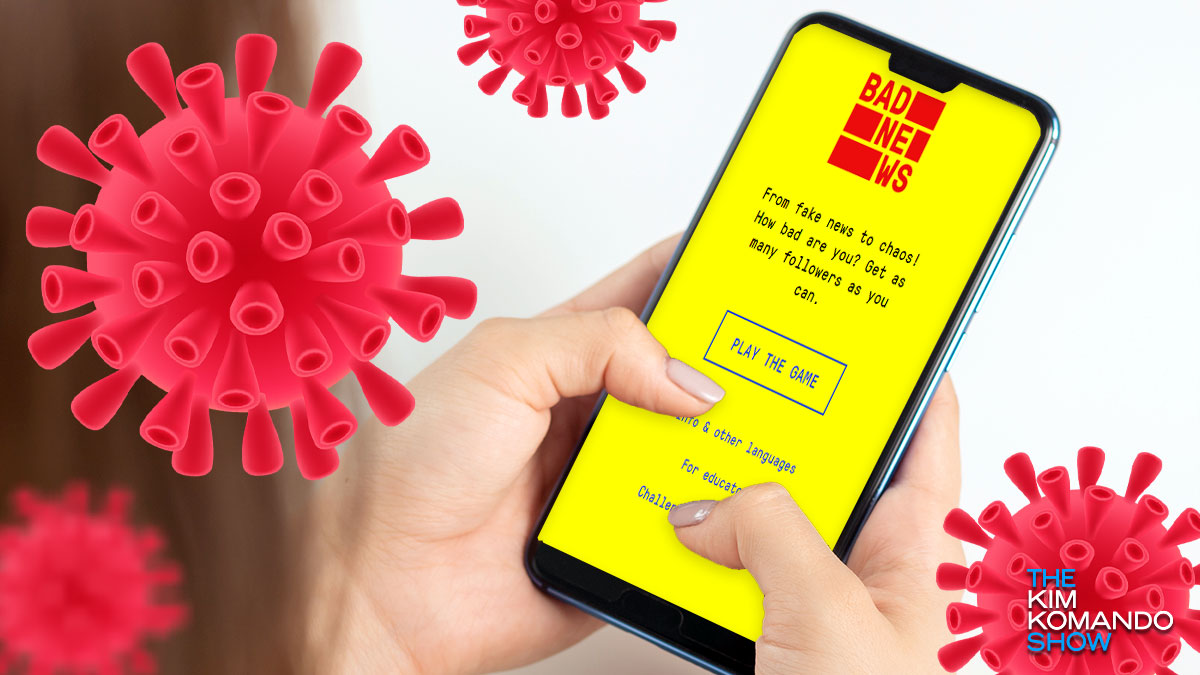 If your Facebook feed seems more clogged with conspiracy theories than usual, you’re not alone. Throughout 2020, we’ve seen all sorts of people and groups blamed for COVID-19, election interference and general chaos happening this year.

But how much of this information is true or false? The best conspiracy theories weave bits of fact in with fiction to spread as far and wide as possible. Tap or click here to see a major COVID-19 conspiracy debunked.

As technology and social media get more sophisticated, it takes a sharper eye to spot conspiracy theories. That’s why researchers at Cambridge created a game that shows how they spread. Try it out and see how you do!

In this game, nobody wins

It’s way too easy for disinformation to go viral, but not everyone knows how this happens. There’s a good amount of manipulation and planning involved — and a new game by researchers at Cambridge’s Social Decision Making Lab can show you how so many people are getting duped.

Go Viral is a browser game with three separate levels designed to test your knowledge of social media manipulation. You play an aspiring pundit with dreams of a bigger audience, and depending on the choices you make, you can achieve viral success or a low follower count.

The game takes five minutes to play and involves three levels of challenge: Emotion, Fake Expertise and Conspiracy. These, according to the game’s creators, are the three fundamentals behind any viral fake news campaign.

In the first level, you start with a selection of tweets to post to your in-game account. All of them are COVID-19-related, but one of them stands out:

If you pick this tweet, the game takes off. You’re now able to manipulate the tweet for exposure. By the end of the game, depending on your choices, you could end up losing friends or sparking riots.

How will this game teach me to spot fake news?

Go Viral is based on a similar game launched in 2018 called Bad News, which taught players the mechanisms behind fake news operations. Researchers found playing the game reduced how much a person believed fake news stories by an average of 21%.

In a way, the game acts as a “vaccine” for this kind of social media manipulation. Now that players know how the sausage is made, they’ll remember key points from the game the next time they see a story that’s almost too good, or scary, to be true.

If you’re sick and tired of being tricked on social media, we highly recommend giving this game a try. It’s easy to play, and you’ll learn valuable information about how fake experts, scapegoats and dot-connecting go into generating viral news stories.

By the end of our playthrough, we got angry messages from in-game friends for sparking a violent protest movement against COVID-19 vaccines. What kind of chaos will you create with fake news?