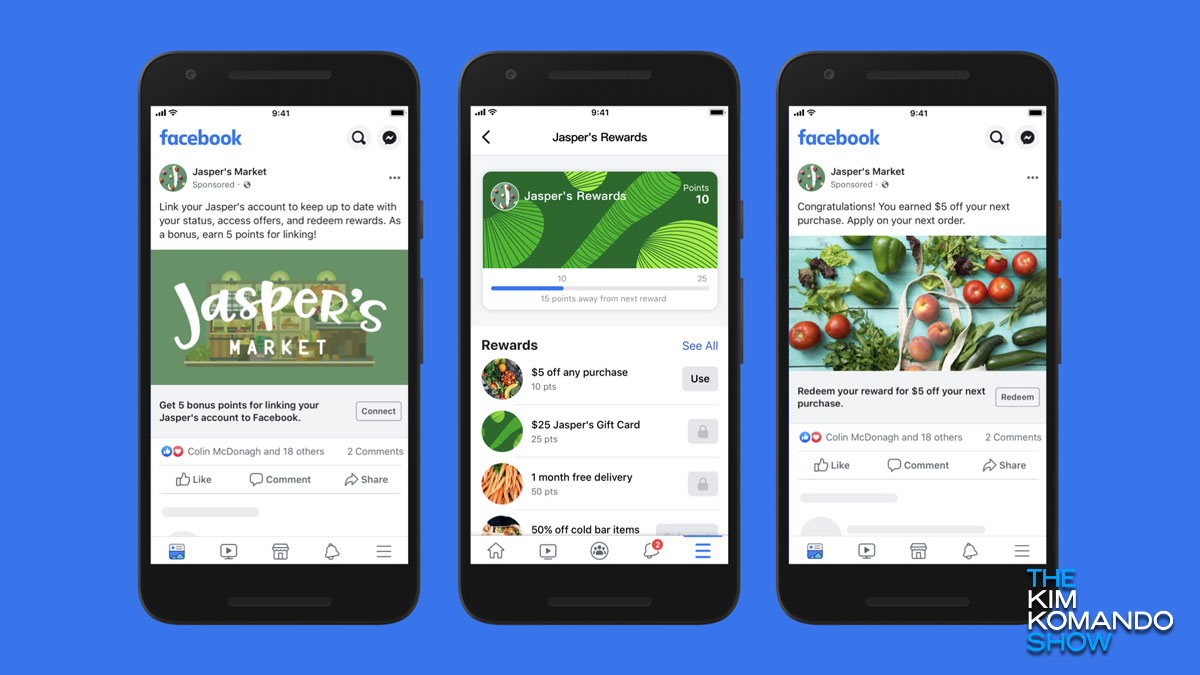 In addition to being the world’s largest social media platform, Facebook is notorious for two reasons: Its hunger for data and its insane, labyrinthine advertising engine. The company draws more eyeballs for ads than anywhere else, which means it’s a perfect place for businesses to find new customers.

Previously, we’ve seen Facebook dip its toes into e-commerce with Facebook Marketplace, which gives sellers a massive audience to peddle their wares. Tap or click here to see that and other online sales apps you can use to make money.

Facebook has much bigger plans for online retail than just the Marketplace, however. In a new update, it’s debuting an online shopping platform designed to help small businesses take their operations online. But considering Facebook’s track record of privacy missteps and playing fast-and-loose with the truth, can it be trusted to make it safe to use?

Facebook wants you to start shopping from your timeline

In a new blog post, Facebook outlined the future of its highly anticipated e-commerce platform: Facebook Shops. This platform would integrate seamlessly with Facebook’s user interface, and give small businesses and sellers a new platform to broadcast their offerings to the world.

In his own words, Mark Zuckerberg described the platform as part of the efforts to reopen the American economy during COVID-19. With shoppers still hesitant to go back into brick-and-mortar locations for fear of infection, online shopping platforms can keep merchandise moving for the thousands of stores affected by the pandemic.

This comes at an opportune moment as well, since online shopping has never been quite as strong as it has been during COVID-19. In fact, in April alone, online retailers surpassed the sales of Black Friday 2019 every single day of the month! Tap or click here to see the factors behind these insane numbers.

Facebook Shops will be free to use and set up starting today, and will integrate with existing Facebook properties like Messenger and Instagram. A full-fledged version of Shops will also be accessible on Instagram later this summer, so you’ll finally be able to purchase those cute accessories that pop up in your recommendations now and then.

The future of fashion?

Facebook shops are tempting enough, but what if Facebook was able to tell you the exact clothing and gadgets your friends are using in the pictures they post? Fashionistas around the web would be clamoring to follow their idols on Facebook so they could instantly know what the trendiest items are (and in the process, Facebook would make oodles of cash).

Well, this isn’t a “what-if” scenario anymore. Facebook is actually bringing its patented AI, GrokNet, to the platform for good. Using visual recognition software, it can instantly identify products based on nothing more than a photo. Take a look for yourself in the demo below.

If that’s not enough to get people to spend money on your platform, Mark, I don’t know what is. It’s yet another brilliant way for Facebook to leverage the absurd volumes of data it has on its users.

Unfortunately, this is the big unknown at the moment. Most likely, it’ll function like any other portion of Facebook’s ecosystem — meaning it’ll take as much information as it can and use it to microtarget other users.

For individual sellers, however, this is actually a good thing. You just have to be comfortable with your data being used as well. After all, it’s the kind of caveat that comes with the territory. Tap or click to see why Kim thinks you should break up with Facebook.

And that’s not even including the GrokNet AI. When that’s fully up and running, even your basic photos will be consumed and absorbed by Facebook’s machine and churned into ad data. If you don’t feel comfortable being used as a walking billboard, you’ll have to hold off on posting new pictures.

But the details on GrokNet are still being ironed out for now. We’re looking forward to seeing how the final version turns out, but we won’t hold our breath for any privacy reprieve from the social media juggernaut. Data is money, and Facebook is all-in for now. If you want to sell without completely exposing your private life, you might want to stick to eBay.