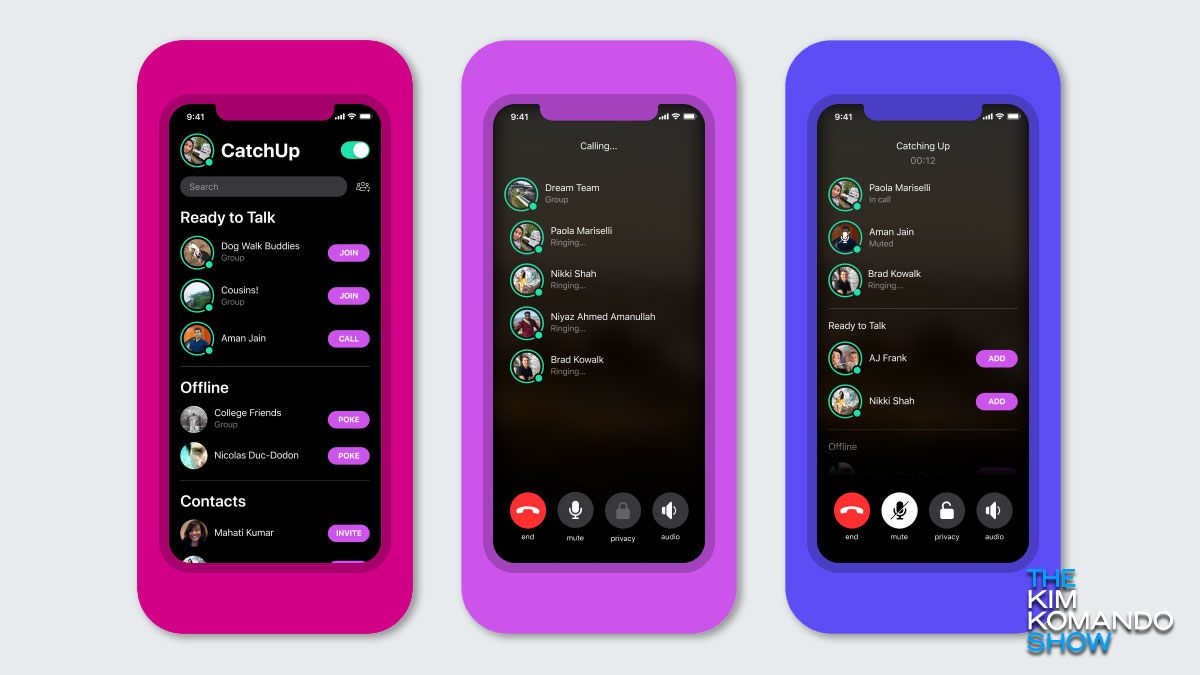 Facebook has been on a bit of an app-design kick recently. Not only has it bought up a good deal of competition for Messenger, but the company is now trying to make it so its software can compete with other platforms altogether!

According to Facebook, Messenger isn’t just for text chats anymore. It’s now an all-in-one communication hub for talking, sending money and even large-scale video calls. Tap or click here to see how Messenger is taking on Zoom.

This time, Facebook is releasing a brand new app that can make free calls to your contacts with the push of a button. Unlike your stock phone app, this new program can tell you when your friends are online and available to talk. This sounds all well and good, but did Facebook really need to release this program outside of Messenger?

Facebook wants to know who all your contacts are. Again.

Facebook has released a brand new app dubbed “CatchUp,” which serves as an audio-only chatting program for users to make calls with. Despite its condiment-like name, this app isn’t merely a “topping” for Messenger: It’s a full-fledged app of its own.

And that’s where the controversy lies for CatchUp. Some users are unsure why Facebook would create such an app that does exactly what Messenger is capable of but with fewer features.

In any case, CatchUp has been marketed as a program that helps you “stay in touch with the people you care about.” Compared to default phone apps, CatchUp does have the advantage of showing you who’s online and available to talk. Once again, though, this is something Messenger can do automatically.

But unlike Messenger, you don’t need a Facebook account to run the program. However, signing up does allow the program to scan your phone’s contacts and upload them to Facebook’s servers. Call us a cynic, but it sounds like a way for Facebook to get their hands on even more data — and from non-members, at that.

If you don’t already have Messenger or WhatsApp and would like a way to make free calls, this program might be just what the doctor ordered. If you do use those other programs, you’re probably fine sticking with what’s familiar. It’s simply another branch of the labyrinthine Facebook ecosystem.

Not content with simply creating its own versions of virtually every other social app on the market, Facebook is also trying to create a competitor to TikTok — the popular app that is all the rage with teenaged internet users across America. Tap or click here to see why TikTok can be dangerous for kids.

Dubbed “Collab,” Facebook’s version of TikTok allows for similar cooperative use of the software for singing, dancing, music-making and entertainment. Just like how TikTok lets users create duets for songs, two or more Collab users can work together on a video and share it with their friends and family.

And as part of Facebook’s existing ecosystem, you can also expect much deeper integration with your existing Facebook account.

It seems redundant to use this and TikTok at the same time, but Facebook-loyalists will have plenty of fun with the software, no doubt. Much like Apple, Facebook appears to be taking a “walled garden” approach to its software offerings. Perhaps in the future, you won’t even need to leave Facebook to access the rest of the web.

And when that happens, Mark Zuckerberg’s victory over your data and privacy will be truly complete. Tap or click here to see how Facebook stalks you across other parts of the internet.