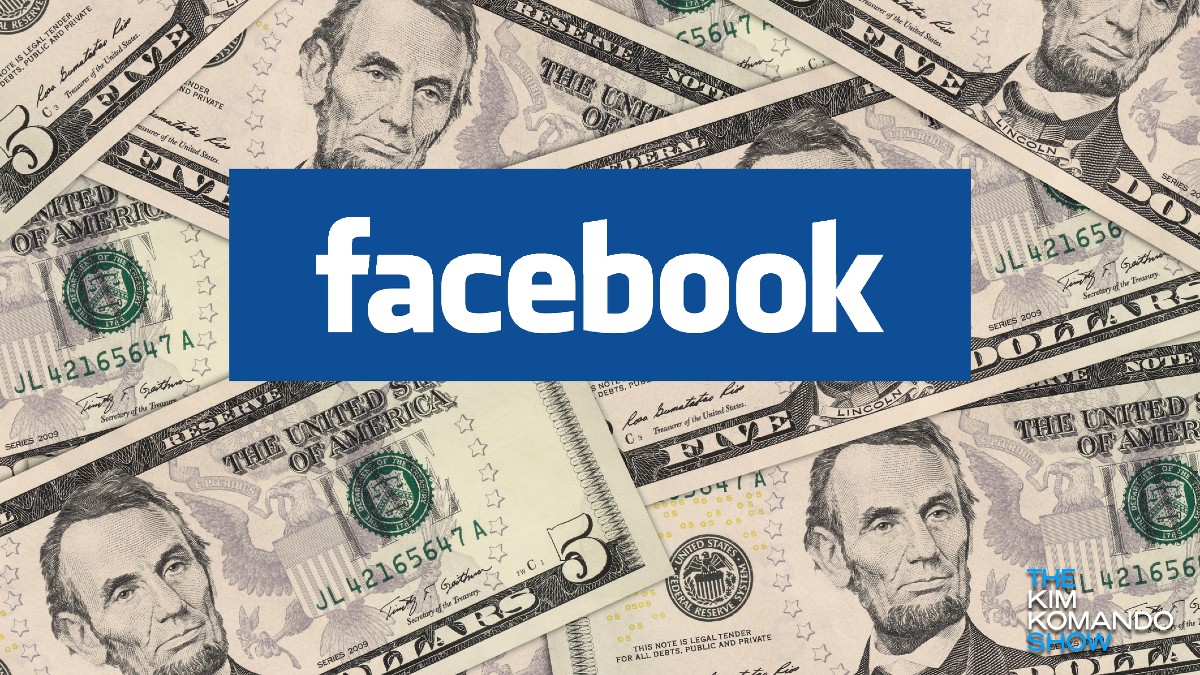 In 2019, more than a few tech companies got caught abusing their users’ trust. The most notable stories involved the companies listening in on users and recording them without warning.

Thanks to the press, this practice was widely exposed and condemned by the public. Companies like Amazon, Apple and Google all admitted their mistakes and have since changed their policies. Tap or click here see how Amazon got caught.

But one company that pledged to change its process will now be recording users in a way nobody expected. Facebook is now offering to pay you to let them transcribe your voice. This may sound sketchy but come on, it’s Facebook. How bad could it be?

Facebook has been slowly rolling out Facebook Viewpoints, a new marketing research app where users can earn rewards for participating in surveys. This survey data is then used to help advertisers build more effective campaigns and more easily map users’ interests and demographics.

But a new feature is starting to garner controversy. It’s not available to all users yet, but once it arrives it’s sure to trigger some bad memories from 2019’s privacy debacle. Tap or click here to read more about Facebook’s notorious time in the spotlight.

As a part of Facebook Viewpoints, a new program called Pronunciations will let users submit audio recordings to Facebook. The company says it wants these recordings to help improve its speech recognition AI.

Each participant will need to say, “Hey Portal,” followed by a friend’s name twice, then repeat the process nine more times with different names. But it’s not all for nothing. You’ll earn real cash in exchange for your time.

Sounds like a sweet deal: You only say a few phrases you know Facebook already knows (your friends’ names) and you get paid for it. How could anyone complain when it blows previous privacy issues out of the water?

Well, here’s the thing. You don’t get paid directly. Instead, you earn points, like with everything else in Facebook Viewpoints. Each session nets you 200 points and you reach your first cash prize once you’ve accumulated 1,000. The prize? Drumroll, please: five whole dollars!

Unfortunately, this means you’ll need to send Facebook 100 voice recordings for five measly bucks. This feature isn’t available to all Facebook Viewpoint users yet, but expect it to roll out slowly over the next several months.

Don’t spend it all in one place

Compared to Facebook’s previous recording policy, getting paid and voluntarily submitting information seems like a vast improvement. There’s no doubt it is, but comparing the two is like saying a neckache is an improvement from a migraine — neither option is good.

Where Facebook Viewpoints does improve is the fact that it’s an app you can choose to download. You aren’t obligated to use it, but you’ll get something back if you do. It’s a tradeoff some may be willing to make since there’s a chance to earn fun prizes.

Still, we’re skeptical about giving Facebook any more data when they’ve already gorged themselves on over the past decade. And do we really want Facebook’s AI to get better at sending us ads and content?

At least with Amazon, there’s stuff you can do with Alexa despite her privacy issues. Tap or click here to see 6 Amazon Echo uses that will surprise you.

So when Facebook Viewpoints rolls out, will you opt in? We don’t suggest it.