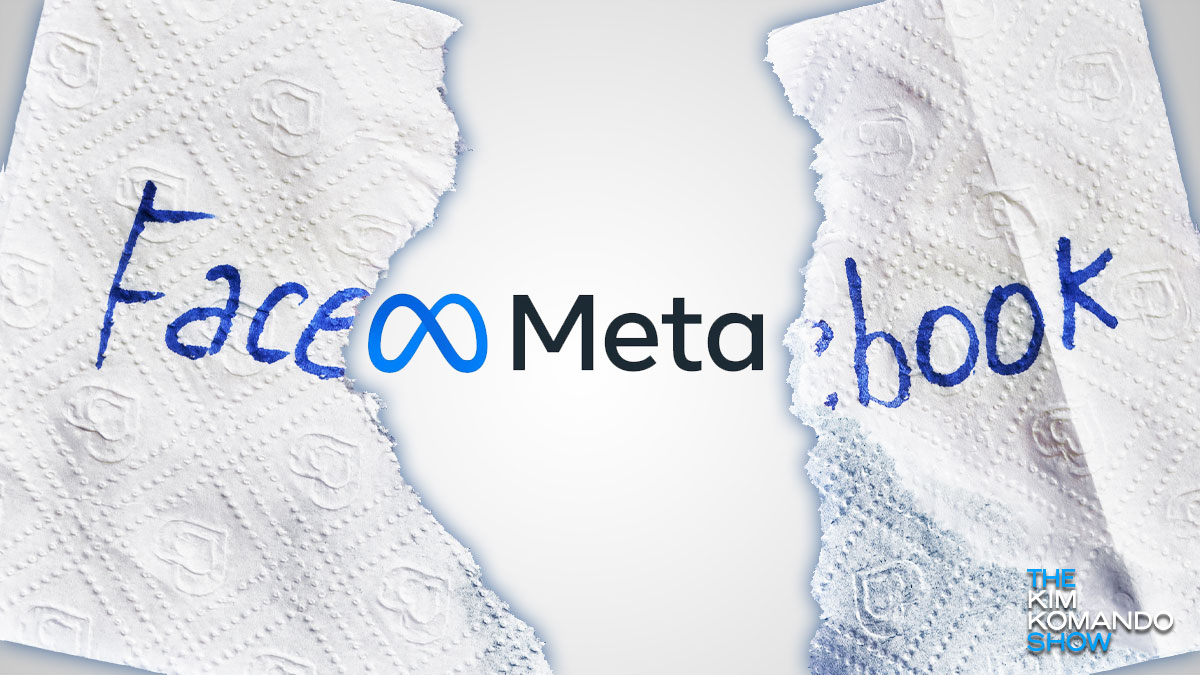 Facebook is turning over a new leaf. After a slew of recent controversies, Mark Zuckerberg announced the company would rename itself. First, former employee Frances Haugen leaked internal documents that revealed Facebook knew about its negative impact on users.

Second, Facebook and Instagram shut down for six hours, prompting theories about ulterior motives. Third, security researchers claim that Facebook is secretly stalking iPhone users. They said that Facebook is still harvesting your location data through a hardware loophole, even if you opted out of third-party app tracking.

That’s why some users are saying goodbye to Facebook once and for all. Tap or click here for a handy tool you can use to delete old posts from Facebook and other social media platforms. Even Facebook is saying goodbye — to its old name, that is.

Mark Zuckerberg made a big announcement during Thursday’s Facebook Connect event. After showing off many colorful products, Zuckerberg said the name Facebook doesn’t encompass everything the company currently does.

“Over time, I hope we are seen as a metaverse company,” he said. After that, he revealed the long-awaited new name: Meta. It’s no surprise to people who have watched Zuckerberg pour $10 billion this year alone into developing this immersive version of the internet.

If you’ve never heard of the metaverse before, don’t worry. Here’s a quick refresher.

Meet the metaverse. It’s the future of the internet

Right now, we access the internet through a screen. We don’t feel like we’re a part of the videos we watch or the sites we visit. The metaverse is all about getting even closer to the web.

Just slip on a VR headset to step into digital worlds. You can meet up for online concerts, sit in a virtual office with your remote coworkers or explore faraway destinations you can’t travel to in real life. For example, you can tour Jerusalem’s holy sites using virtual reality.

To use the metaverse, you need a headset and a 3D avatar or a representation of yourself. Facebook has long been vocal about developing the metaverse. Specifically, it’s working on VR apps for both social hangouts and the workplace.

This could revolutionize the world of advertisements, too. Epic Games, which makes Fortnite, already hosts concerts and events inside its digital world. CEO Tim Sweeney says eventually, you could use the metaverse to test-drive new cars from the comfort of your own home.

Basically, the metaverse is a free-for-all work in progress. Tons of tech geniuses have exciting ideas for it. Don’t get too excited, though: The tech is so complicated it could take another 10 or 15 years to build.

That was the most significant announcement of Thursday’s Facebook Connect event, but there’s more you should be aware of, including:

Bear in mind that Meta is the name for the overarching company Mark Zuckerberg leads. Facebook the app will keep the same name, as will Instagram, WhatsApp and Messenger.

The name is mainly cosmetic, as Zuckerberg didn’t announce any changes to his company’s corporate structure. Investors should also note that the stock will trade under a new ticker symbol: MVRS.

Speaking of investing, anyone looking to pour money into their future should watch out. A handful of fake investment apps are scamming victims out of tons of money. Tap or click here to spot phony investment apps that are waiting to steal your hard-earned cash.

Salmonella recall: If you have onions or this snack from Trader Joe’s, throw them out

Think Big Tech knows a lot? Your ISP is just as bad