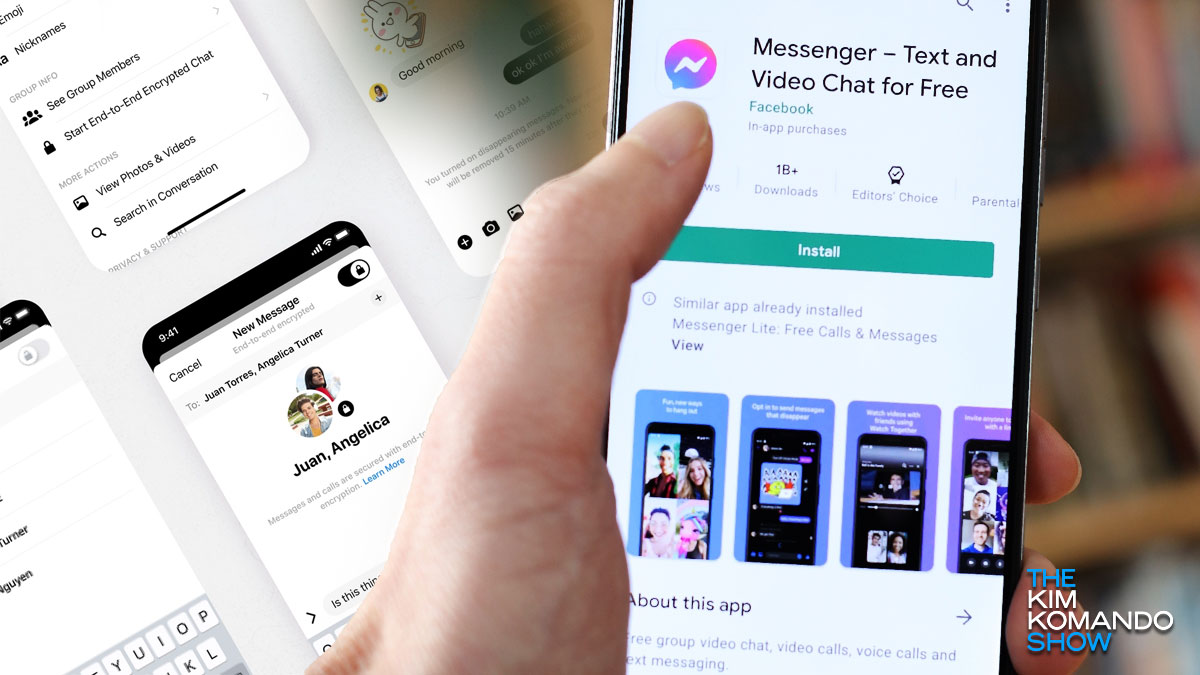 There is no doubt that Facebook is the biggest social media network on the planet. It is used by tons of people every day, who generate millions of posts. But it is not all about posting cat pictures or funny memes.

Many also rely on the network as a communication tool. According to a 2019 statistic, as many as 20 billion messages are sent between people and businesses every month. And while Facebook Messenger is a hugely popular choice, you can also make voice calls through it.

But for all the good that Facebook has done, it has also been under fire several times for questionable privacy and security methods. It might have taken a long time, but the company is changing the way Messenger works. And for once, it’s a good thing.

Communication tools like Signal, Telegram and even Facebook-owned WhatsApp use a security protocol called end-to-end encryption. The technology makes it harder for hackers and cybercriminals to intercept messages, which can later be exploited.

In theory, with encryption, at no point during back-and-forth messaging can texts be seen, read or altered by the app’s host. While the most popular communication apps already have end-to-end encryption, it is now coming to Facebook Messenger.

The update to Messenger has started rolling out, so be on the lookout for an app update. You’ll have a new option to make voice and video calls through end-to-end encryption when it goes live.

Facebook is quick to stress that text messages have been encrypted since 2016, and the new update includes voice and video calls. The reason? The company explained that it has seen “a surge in the use of audio and video calling with more than 150 million video calls a day on Messenger.”

How to start a secret conversation on Messenger:

If you are lucky enough to be part of the chosen few, Facebook will throw in additional features that it’s busy testing. Some users will soon be getting end-to-end encrypted group chats and calls in Messenger. So make sure your app is updated to see if it’s already available to you.

There will also be several tests running on Instagram, with some users getting the ability to opt-in to end-to-end encryption for the photo-sharing app’s direct messages.