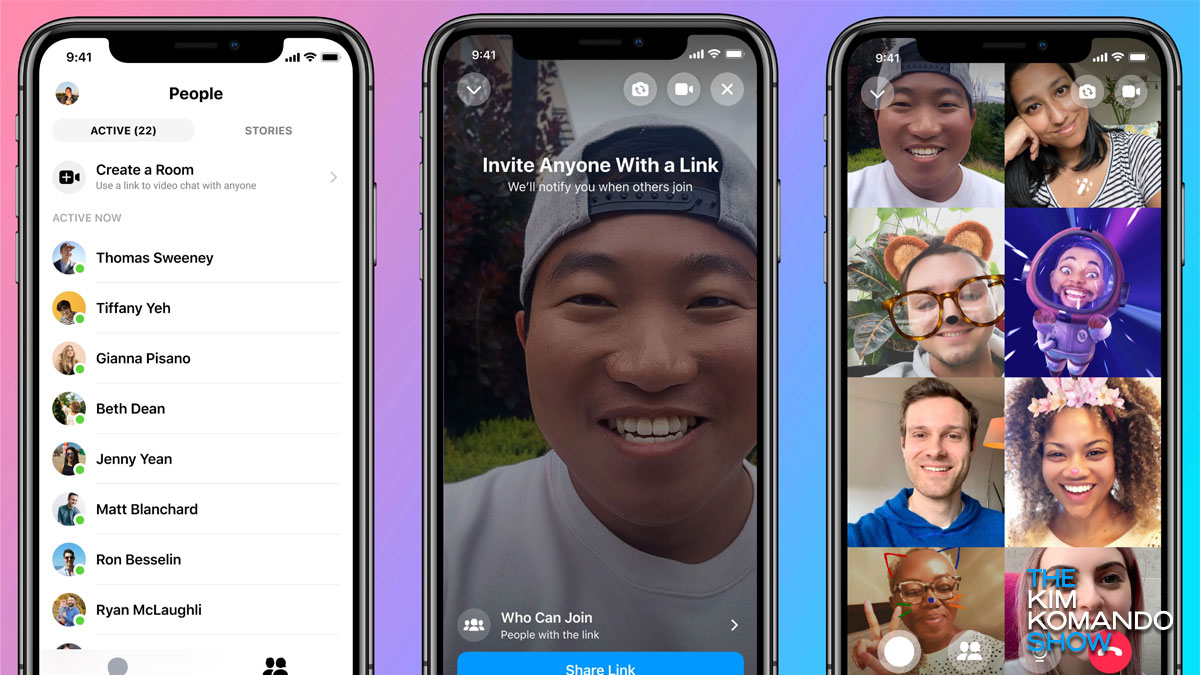 Zoom’s meteoric rise in popularity during the COVID-19 crisis has been nothing short of remarkable. In seemingly no time, the video-conferencing service became the go-to app for workers, educators and executives to keep their routines and livelihoods going.

On the other hand, the program has seen its share of criticism from privacy and security watchdogs across the web. With more people using the service than ever, its flaws became all too obvious as hijackings called “Zoombombing” and problematic settings became headline news. Tap or click here to find out how Zoom has updated its platform to be more secure.

Many people made the jump to Zoom purely out of name-recognition, but even that might not be enough to save the platform from the biggest competitor of all: Facebook. Last month, Mark Zuckerberg’s empire announced a video conferencing app of its own to compete with Zoom, and now it has arrived.

Back in April Facebook officially announced its foray into the world of video conferencing with an update to its long-running Messenger app. The new feature, dubbed “Messenger Rooms,” allows users to expand their conversation threads into a live video call, and includes a host of other fun features to lure Zoom users away from the rival platform.

Messenger Rooms allows users to participate in calls with up to 50 other people in private “rooms.” These rooms can be securely locked by the meeting host, who opens the call and starts up the chat. Calls in messenger have no time limit, and hosts are able to boot and add new members at their leisure.

All users will also have access to fun AR features like the kind found on its sister platform Instagram. They include filters, virtual backgrounds and “masks,” which Facebook says can change the way your face looks.

But then again, that also means trusting Facebook with your private data again. This time, though, it’s not just you — it’s everyone else in the call, too. Tap or click here to see the data Facebook Messenger keeps asking for.

Oh, and you don’t even have to have a Facebook account to join one of these calls.

This week, Messenger Rooms rolled out across the U.S. Here’s how to start a video call with the new feature:

To invite people who don’t have a Facebook account, copy and forward the link to your meeting.

If you’re excited to ditch Zoom for this fun alternative, we don’t blame you. Zoom can be tricky to understand, especially compared to similar video conferencing apps. Tap or click here to see the Zoom security settings you need to change.

The mainline Messenger app isn’t the only thing that got an update. WhatsApp, which already features multi-caller video chats, expanded its user limit from four people to eight. For people who use the app over Facebook and don’t need the extra call volume, it’s a worthwhile addition.

Facebook’s reputation as a data-hungry nightmare is well known and understood. We’d say remain cautiously optimistic for the time being, but don’t be surprised if you start seeing ads related to the things you talked about with your friends in the group calls. Tap or click here to see how Facebook might be listening to you.