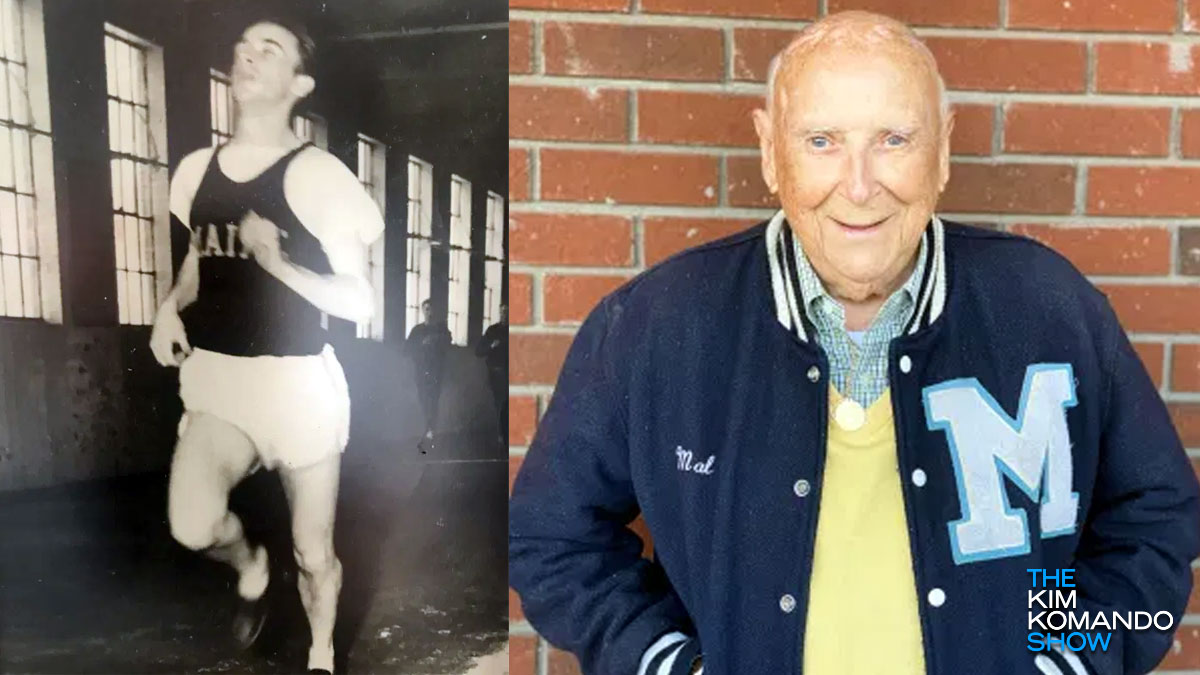 Social media can be a dangerous place. We hear the stories all the time, from Facebook’s privacy issues to the toxic misinformation that’s spread without much thought. Facebook was even slapped with a couple of antitrust lawsuits over its alleged bad behavior.

What we don’t hear much about is the good side of social media. These platforms, while sometimes problematic, also bring us together in ways we could have never imagined.

One recent example? A 92-year-old man lost one of his most treasured items, and his family took to social media to help him get it back. This heartwarming story is just the kind of thing we all need to hear right now.

Tale of the lost jacket

Mal Osborn wore his varsity jacket since the day he won it as a track runner at the University of Maine, the AP reports. The Winston-Salem, North Carolina resident treasured the jacket for more than 60 years — before misplacing it back in October.

He told his daughter, Beverly Amick, and she and a few other relatives took to the streets to help him retrace his steps. They assumed he’d placed the jacket on top of the car and it had fallen off while driving.

No dice, so they took to Facebook. In the post, Amick asked for help finding the jacket and posted a photo of her dad wearing it at a Master’s swimming competition in 2016. “This man would be ecstatic if this well loved jacket was found,” she wrote.

Related: How to succeed on social media

The post caught fire and was shared by more than 1,000 people who wanted to help.

“I just know how much it meant to him,” Amick told The Associated Press. “I was going to do everything in my power to find it.”

The plan worked. Less than 24 hours after posting, Amick got an email from a woman who lived near her father. The woman found the coat in her yard, the email said, where it had been covered with leaves.

The woman who discovered the jacket told Amick said she just had a feeling that she shouldn’t discard it and kept it around just in case. She had the prized jacket dry-cleaned and then returned it to Osborn. As expected, he’s been sporting it ever since.

“As challenging as this year has been, this has given us some hope,” Amick said.

Osborn told the Bangor Daily News that he ran long-distance track and cross-country events from 1949 to 1952 at the University of Maine. He said the letter jacket had become a part of him after so many years.

“It was a miracle that it stayed in the condition that it’s in. It wasn’t something that hung in the closet. I wore it,” Osborn told the paper.

Its quick return, thanks to a tenacious daughter and 1,000 savvy Facebook users, was enough to give him and his daughter hope during these tough times.

“I appreciate all the kindness and compassion that was shown during the last 24 hours. This experience is certainly a positive event to finish out 2020,” Amick wrote on Facebook.

In turn, Osborn decided to show his appreciation for everyone who helped him recover the jacket with good deed of his own. He spent a few hours ringing the Salvation Army bell at a store in Winston-Salem.

“I had a reason to wish everybody that came by a Merry Christmas,” he said.