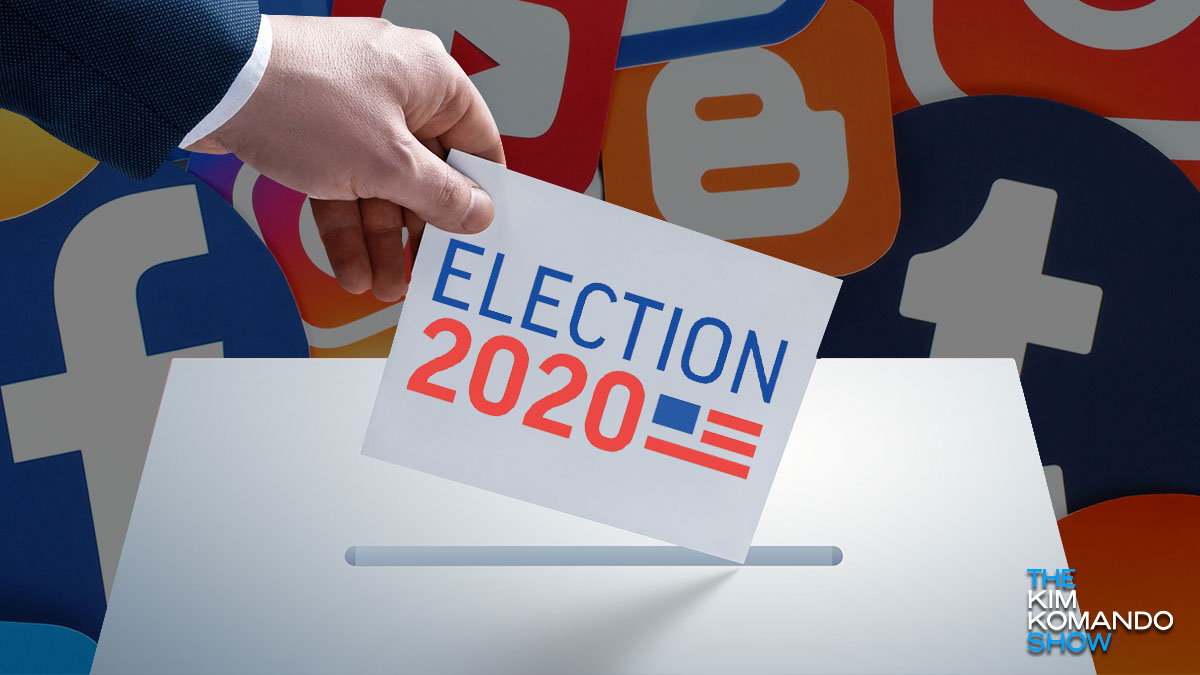 Social media can be a great place for discussion, but it’s not the most reliable when it comes to news. Fake stories and disinformation are so common these days that it’s easy to get swept up by it and tricked into sharing.

To fight back against disinformation, sites like Twitter have put safeguards like fact-checking in place throughout the year. Unfortunately, these efforts can only go so far. Tap or click here to see how the FBI detected a voter disinformation campaign on social media.

Now that Election Day has arrived, it’s important to know what kind of fake news, misinformation and scams you might be facing over the coming days. Here are the top threats you need to watch out for, as well as what you can do about them when they appear in your feed or inbox.

1. Fake campaign ads can cost you money and time

Scammers are using the election to spread malicious ads on social media that can lead you to fake news and phishing sites. If you end up clicking one of these links, you could end up losing data and money. These ads may appear in your social media news feed or come through your inbox in the form of direct messages.

Some of these ads look like they’re from legitimate political campaigns or PACs. They will typically ask for donations to push a candidate over the finish line. Others will link you to news websites that feature shocking or sensationalized stories.

Clicking one of these ads will give scammers ad revenue. If you send a donation or spread the fake news, you’ll only increase the money they’re making. You’ll also be putting your financial information at risk.

2. Don’t trust the stories in your feed

Social media is all about sharing, which is why it’s so easy for disinformation to go viral. If you see outrageous or emotionally-inciting stories or posts, be skeptical. It could be part of a disinformation campaign.

As an example, the FBI recently detected a disinformation campaign claiming voter registration lists are being purged or hacked. Some of the viral posts are claiming that this stolen information will prevent you from being able to vote.

You may even see manipulated videos or images that show violence or chaos resulting from the election. Take anything you see on social media with a grain of salt.

Voter suppression schemes are another type of disinformation you can find on social media. In this method, scammers post ads or share memes that tell you to vote online instead of in person. This can be convincing to many who’d rather not wait in line or risk catching COVID-19 at the polls.

But remember, you can’t vote online. And some of the links being shared will also take you to phishing websites.

4. Watch out for early declarations of victory

The pandemic has drastically increased the amount of mail-in votes this election. Because of this, there are fears that candidates may declare victory prematurely before all the votes are counted. To counter this, Twitter announced that it will be blocking early victory claims or messages inciting violence from candidates.

Facebook says it will be adding context to posts from candidates to prevent misinformation from spreading.

Finally, some good news: Social media sites are aware of the problem

Thankfully, you won’t be flying blind when it comes to using social media during the election. Facebook and Twitter are already adding context to news stories and trending topics to prevent the spread of disinformation. Instagram has also disabled hashtags until the election is over to prevent bad actors from taking advantage of the system.

If you see a post online that appears to be blocked or removed, it may have been taken down due to inaccuracy or disinformation. Expect to see this a lot over the next week, and don’t be alarmed if a post you make gets removed. This might happen if you share disinformation on your account without realizing it.

What should I do if I fall for disinformation or a scam on social media?

If you think you’ve fallen for any election tricks, don’t panic. You have several ways to protect your data, yourself and others from danger:

Disinformation is designed to be hard to spot, so don’t blame yourself if you get swept up by it. At this point in time, you might be better off avoiding social media until the election is over. Even Facebook thinks this is a good idea.

Tap or click here to see why Facebook is paying some people to stay off social media during the election.