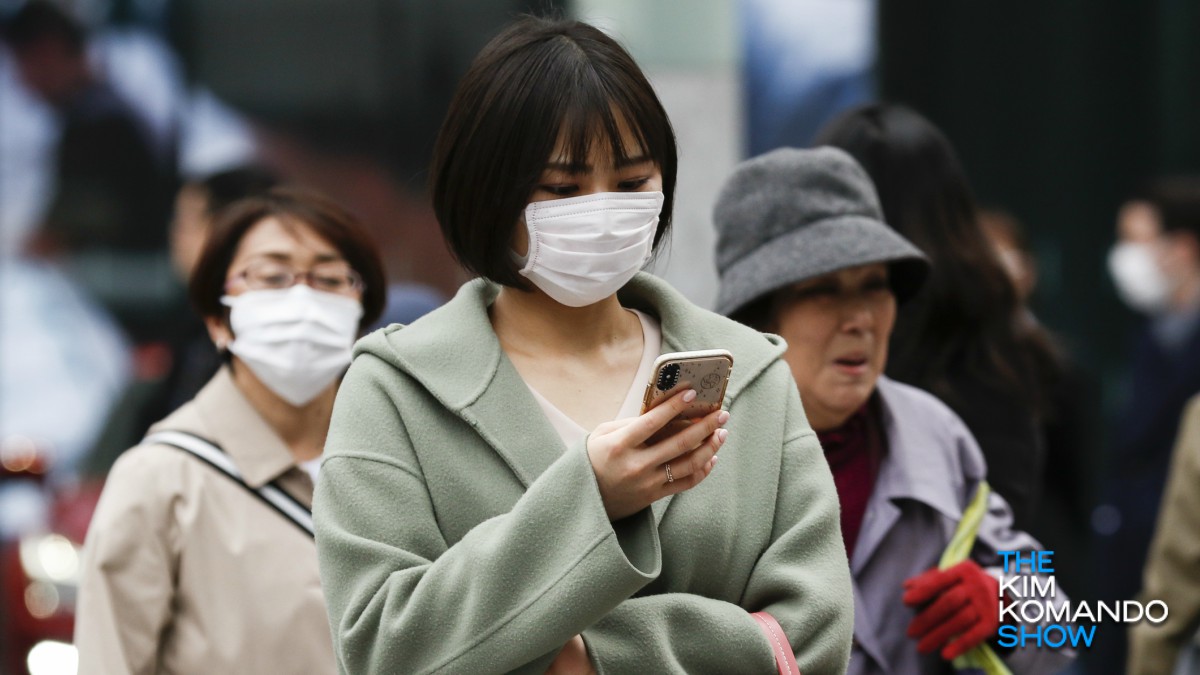 What a year the past month and a half have been, huh? There have been so many crazy headlines recently that it certainly feels like time has slowed down. But of all the news circulating since the start of the year, few stories have been as impactful or scary as the coronavirus outbreak in China.

Between fears of an economic recession or a global pandemic, people all over the world have their eyes glued on news surrounding the virus. But thanks to social media, separating fact from fiction is getting increasingly difficult. Tap or click to see examples of fake coronavirus news circulating.

In the midst of all this noise, some important pieces of news are being lost or muddled. To help our readers understand what’s going on, we’re breaking down the real coronavirus news from the fakes. Can you guess which stories are nothing more than bogus rumors?

As with any global headline, there are plenty of reasons to follow the news surrounding the novel coronavirus outbreak. Though risk remains low for people outside of China, health authorities are concerned about the potential for the disease to become a full-blown pandemic.

The World Health Organization has not yet made such a declaration, but as cases continue to rise, it’s understandable people worldwide are concerned. And sure enough, when fear spreads, bad actors the world over are happy to make things even worse.

Fake news, conspiracy theories and international intrigue continue to fan the flames of an already touchy situation. Whether for profit or amusement, the end result of pushing fake stories is chaos. Tap or click to see the top 10 fake news articles that spread on Facebook in 2019.

Here are some of the biggest coronavirus stories circulating at the moment. Can you tell the real stories from the lies?

Could coronavirus really delay the next iPhone?

With several factories shutting their doors in an effort to contain the spread of coronavirus, industry insiders are stating we may see some delays on products from several manufacturers. This includes Foxconn, who produces devices for Apple — including 2020’s upcoming iPhone.

While it’s unknown just how long the outbreak will last, Foxconn and other manufacturing companies have closed down production for the time being. In fact, according to a report from CNBC, Apple’s stock is on the downturn amid supply-chain uncertainty.

Foxconn and other manufacturers may reopen their doors soon, but until we know how the outbreak will play out, it’s entirely possible Apple products like the iPhone (as well as other consumer electronics like game consoles) could be delayed for the time being.

We’ll update this story should any official statements come to light.

Is coronavirus an American bioweapon designed to undermine China and weaken its hand in the trade deal?

You may have heard the “shocking truth” about the coronavirus: It’s an invention of the American military. Some outlets claim it was intentionally released in China to weaken the nation’s manufacturing capabilities, while others claim only people of Chinese descent can be infected.

The alleged result is a weakening of China on the international stage and a win for the U.S., where manufacturing will finally have a chance to return to the American heartland.

The ludicrous bioweapon theory has been debunked on numerous occasions, but has taken on a new, unfortunate life, thanks to the help of internet trolls and possibly The Kremlin itself.

According to reports from The National Interest, as well as the BBC, various arms of Russia’s state media, as well as political actors, have parroted the idea that the United States is at fault for the devastating virus.

Russian media and state-sponsored cyber ops have previously been accused of peddling conspiracy theories and disinformation to sew discord online. If the Kremlin truly has a hand in the coronavirus news cycle, it wouldn’t be unexpected.

In fact, World Health Organization Director-General Dr. Tedros Adhanom Ghebreyesus told the BBC that WHO is not only “…just battling the virus, we’re also battling the trolls and conspiracy theories that undermine our response.”

The bioweapon story is completely false. The amount of people recovering or remaining asymptomatic should be proof enough. If such a story were true, it would be among the worst war crimes ever committed in history. Sorry, Vlad, but extraordinary claims require extraordinary evidence.

Is coronavirus in the United States? Is it spreading globally?

Look online and you’ll see dozens of stories about new coronavirus infections cropping up all over the world. Even nations as far-flung as Sweden have reported cases, which underscores the severity of the disease.

Not only is the coronavirus in America, but several individuals have already become infected via transmission. Nearly every one of these cases involves a person who visited Wuhan during the initial outbreak or involves contact with someone who did.

That said, the disease has gone global. But because it hasn’t taken a firm hold in at least two continents, it does not yet qualify on paper as a pandemic. Still, you can track the spread of the disease using this official map from John Hopkins University. Tap or click here to see the map.

If rumors are to be believed, Patient Zero for the novel coronavirus was a Chinese influencer who ate soup prepared with a whole dead bat in the broth. This dish is an alleged delicacy in China and continuous demand for bat soup causes the disease to spread further.

This is apparently because bats are lucky, or something.

As we’ve previously stated, the viral “bat soup” video found online is not the Patient Zero event, nor the epicenter for the coronavirus outbreak. This video was produced in the island nation of Paulau, where bat soup is part of the local cuisine.

It is not, despite the misconception, a high-demand dish in China. What’s more, the viral video was filmed in 2016 — four years before the outbreak even happened. Though meat from fruit bats is prepared and sold in China, it is likely not the sole cause of the outbreak.

The disease did likely originate as a bat virus, but scientists believe bats were merely the first hosts. As with SARS, the virus likely jumped to a different animal before crossing to human beings. This scene from the film “Contagion” is a good example of how animal viruses can potentially move to human hosts:

The Chinese Communist Party is suppressing information about the coronavirus. The true numbers are unknown.

Due to the power and secrecy surrounding China’s authoritarian government, there isn’t a way for western news outlets to fully understand the scope and scale of the coronavirus outbreak. There could be many more infected or dead than we currently know about.

This is one of the only rumors that may have some ground to stand on, but this is purely based on how the Chinese government has behaved in the past. When SARS initially spread, the government was highly criticized for suppressing information about the outbreak.

Combined with the fact that China’s government has tight control of information in the country, it’s understandable to have some skepticism. In fact, the doctor who brought the disease’s attention to the world was a whistleblower of sorts — and was arrested for “rumormongering” before the rest of the world learned about the disease in full.

He has since succumbed to the illness.

Thankfully, WHO has sent inspectors to independently verify the spread of disease as of Feb. 8. This may shed some light on what’s going on in greater detail.

Regardless of what any world governments say, the important thing to do in the event of any disease is to follow basic hygiene practices.

Wash your hands frequently with soap and warm water, and avoid touching your face and mouth. Additionally, if you must cough or sneeze, do so in a folded elbow to prevent the spread of germs.

If we do our part to stop the spread of disease, the number of coronavirus cases can only continue to shrink. We’ve beaten pandemics before, and we’ll beat them again. Bet on it. Tap or click here to see how humanity conquered the smallpox virus.