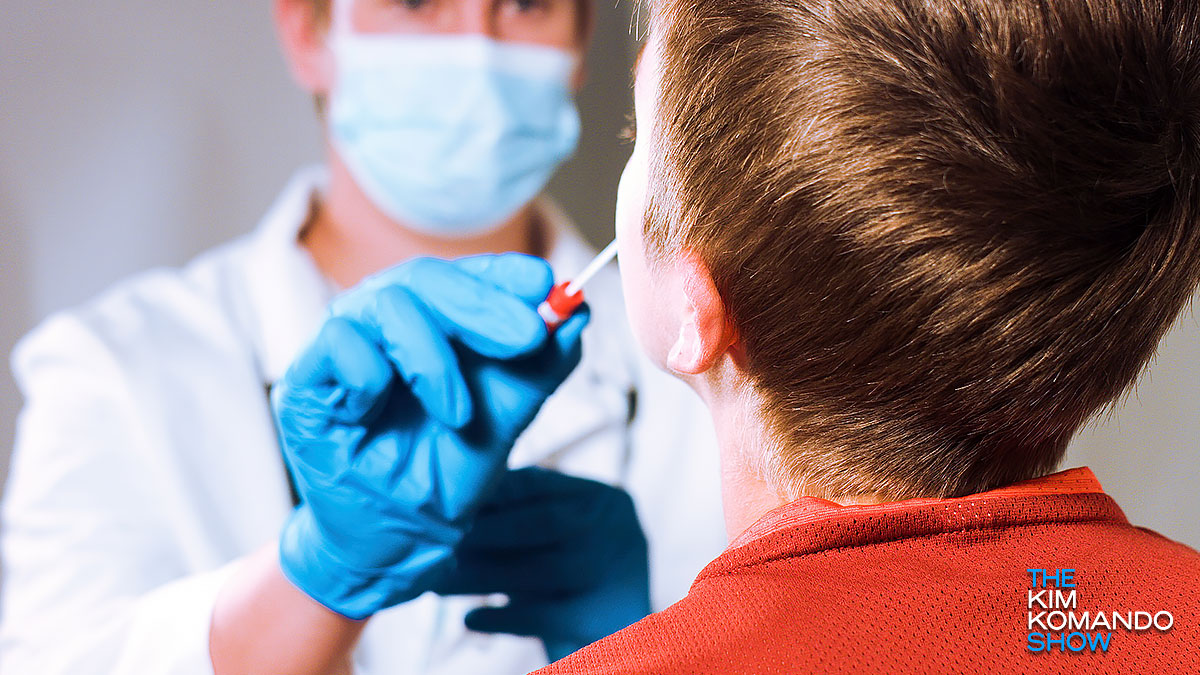 There has been no shortage of conspiracy theories being posted on Facebook during the pandemic. It is almost as if the coronavirus is affecting some people’s ability to think clearly.

Putting a Faraday cage over your router to block “harmful” 5G frequencies is just nonsensical. And as we have explained before, not only is this ineffective at stopping the spread of 5G, but it will also make your internet speeds worse!

But out of all the crazy theories that popped up this year, the strangest one by far started making the rounds on Facebook in late November. A man claims that COVID tests contain a small holographic optical chip — and he has proof. Let’s take a deep dive into what’s going on.

Posting his “findings” on social media, the man details how he ran off with a testing swab and “ran a PIXE scan on it” at home. He claims that the holographic optical chip contains Technetium and possesses mind control and DNA direct manipulation properties.

Conspiracy theories like this one have been around for generations, partly due to their degree of perceived probability.

By following our guide on how to spot fake or troll social media accounts, it’s easy to see that the poster falls into one of those categories. The account only focuses on one topic, has an impersonal profile picture and frequently shares posts from other conspiracy theorists.

Doing a quick online search, we found that PIXE stands for particle-induced X-ray emission and is widely used to determine a sample’s elemental makeup. Technetium is listed on the periodic table as atomic number 43 and is produced through spontaneous nuclear fission.

Not as sinister as the theorist wants you to believe, but Technetium is used in the medical field. It is highly effective as a radioactive tracer, which medical imaging equipment can track in the body. In principle, it is like swallowing the element Barium so that doctors can examine your pharynx or esophagus with X-ray imaging.

But that is the real danger about fake news — it sounds somewhat plausible, especially if one has a predilection for conspiracy theories.

There are effective ways of rooting out fake news. The most important thing you can do is not to share a post that you can’t verify. It’s always better to err on the side of caution than to contribute to the ever-growing online garbage pile.

Brush up on your fake news-spotting abilities by reading our secrets to spot fake news or scams post. But if you are more into video games, we have you covered too.

You’ll learn about the most common strategies used to spread misleading information about coronavirus.

It’s not the first time the lab took on fake news, either. Two years ago, they developed its predecessor called Bad News. It tasked players with building a social network that thrives on fake news. Their research revealed that people who played the game believed fake news 21% less than a control group.

This year has been crazier than most, and we need to be more vigilant than ever. But this theory is the biggest whack job post on Facebook that I’ve ever seen.

What crazy conspiracy theories have you seen? Call Kim’s national radio show and tap or click here to find it on your local radio station. You can listen to or watch The Kim Komando Show on your phone, tablet, television or computer. Or tap or click here for Kim’s free podcasts.