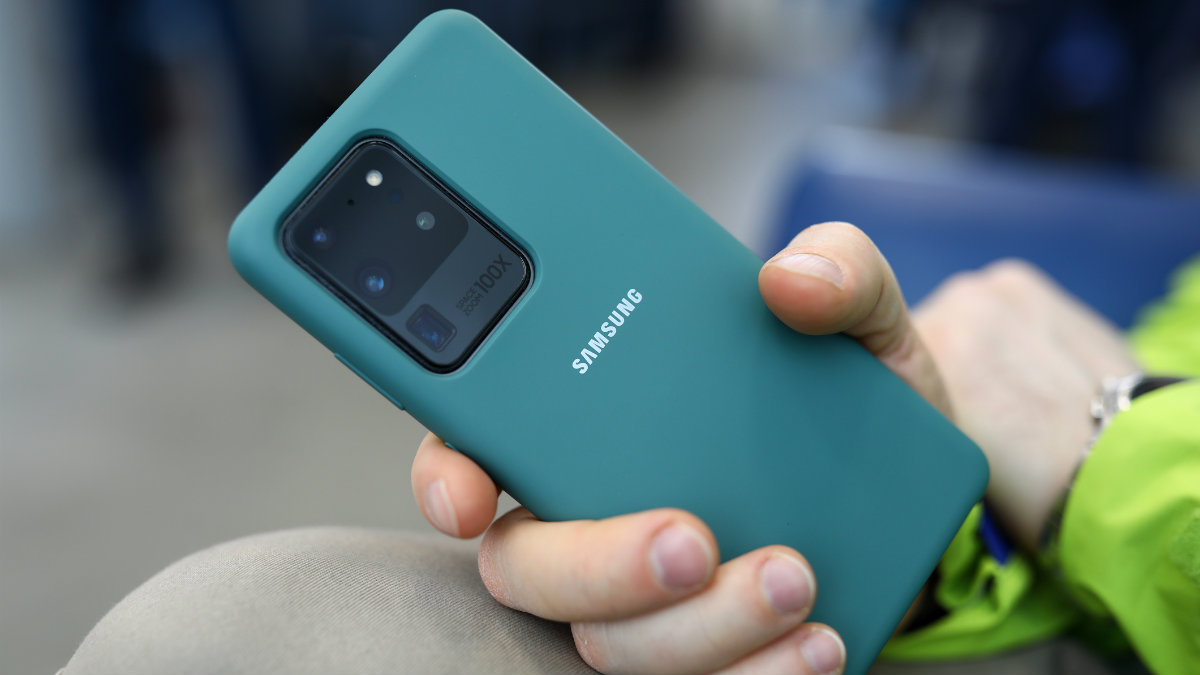 So many new gadgets are rolling out right now that it’s hard to keep track of everything. Take, for example, new Apple Watches and iPads that were announced recently.

Part of the reason we’re seeing so many new Apple devices right now is COVID-19 delayed some of the late summer and early fall roll-outs. In fact, we expected to hear about the new iPhones during September’s fall event, but that release is still delayed. We still expect another new iPhone announcement from Apple soon, though.

Apple isn’t the only one with shiny new toys. Tons of tech companies are rolling out new devices as we speak, including Samsung. Its Galaxy devices have been a huge hit among Android fans, and a new version was released just a few days ago. But how does it compare to other devices?

The new device Samsung just rolled out is the Samsung Galaxy S20 Fan Edition (FE). It gives Galaxy fans yet another device to choose from, but how does it stand up to other Galaxy devices, like the Tab S7, the S7+, and the 5G, that were recently released? Let’s take a look.

Well, for starters, it’s important to note that this is the most affordable of the premium Galaxy devices by far. It has a price tag starting at about $700, which is about $300 cheaper than the Galaxy S20 ($1,000).

How is it so inexpensive? Well, your first thought might be that Samsung skipped out on some premium features when designing the FE to keep the price low.

Surprisingly, that isn’t really the case. The Galaxy FE is slightly larger than the S20 — 6.5-inches compared to 6.2- inches — and it has the same AMOLED display as other premium Galaxy devices.

It also has a pretty large battery — and it’s also a bit larger than the one that comes with the S20. The FE has a 4,500 mAh battery while the S20 has a 4,000 mAh battery. The FE also has an IP68 rating, which keeps it resistant to dust and water — and multiple cameras, including a telephoto lens. Those are all features we’ve come to expect from the premium Galaxy line.

Both the S20 and the FE run on the same processor, too: Snapdragon 865. That means you’ll get the same functionality with both phones.

There are a couple of big differences between the two, though. While you won’t have to give up that crystal-clear display or the lightning-fast refresh rates with the FE, you will trade in the glass body of the S20 for polycarbonate with the FE.

You’ll also have to deal with half of the RAM and storage with the FE compared to the S20 (6GB vs. 12 GB). And, you’ll also have to forego 8K video recording and 100x space zoom you’ve come to expect from these phones. However, you will still get 30x zoom and 3x optical zoom.

Galaxy Tab S7 was another recent roll-out, and it’s one of the best Galaxy tablets to hit the market. Tab S7 and Tab S7+ are the first real rivals to iPad and they surpass the previous version of Galaxy Tab in almost every area. Galaxy Tab S7 and S7+ are available with or without 5G or LTE.

There are a couple of relatively significant differences between the S7 and S7+. The Tab S7 has a whopping 11-inch display, while the S7+ is 12.4-inches. Another difference is the S7+ display has a 2800 x 1752-pixel Super AMOLED display.

Galaxy Tab S7 and S7+ have nearly identical processors, so you won’t have to sacrifice function for a bigger slate or smaller screen. Both the S7 and S7+ run on the Qualcomm Snapdragon 865 Plus, which is supposed to be about 10% faster than the old 865 chip.

The S7 and the S7+ also both come with Ultra Wide 13MP & 5MP rear cameras and an 8MP front camera. Both utilize facial recognition and have a fingerprint reader for quick access to the device, too.

There is, however, a pretty significant difference in battery sizes. The S7 comes with an 8,000 mAh battery, while the S7+ has a 10,090 mAh powering it. Both should give you plenty of battery power, though.

Overall, both tablets are solid options in look, feel, and function, but you will pay quite a bit more for the S7+ and that killer display. While the Tab S7 starts at $649 for the base model, the Tab S7 Plus starts at $849.

When you compare the S7 and S7+ to its predecessor, the Tab S6, you’ll find some major upgrades. The Tab6 has an older Qualcomm processor and less RAM, along with half of the refresh rate of the S7. That means slower processing for the S6, which isn’t ideal.

The only place the Tab S6 really excels against the S7 is the display. The S6 featured an AMOLED screen instead of an LCD one, but you’ll have to upgrade to the S7+ to get that same display from the new line.