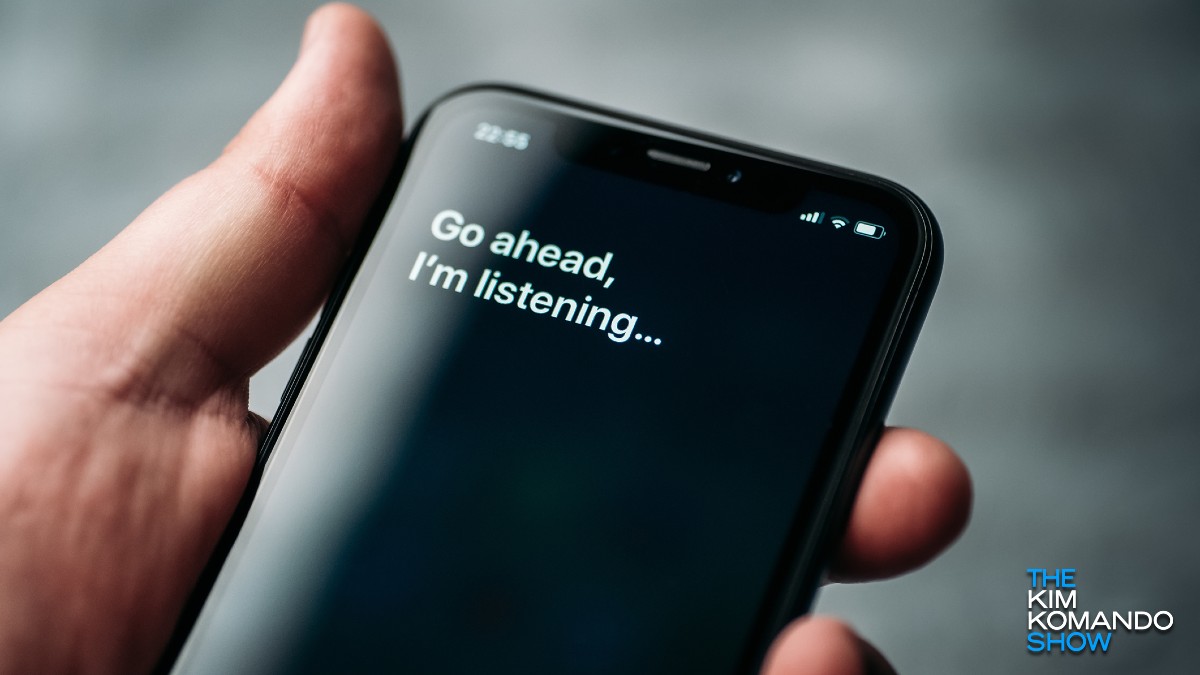 It happens to everyone. You’re talking about something you want to buy, like a new set of Apple AirPods. Then you open your phone and there are ads on social media for AirPods. How did this happen?

It’s an uncanny experience, and millions of people have reported these strange coincidences. Massive tech companies such as Amazon, Google, Apple and Facebook have confirmed that some anonymized interactions with their respective smart speakers were were recorded and transcribed. Tap or click here to see what Amazon does with the voice data it harvests. While there’s been no concrete evidence, many Americans believe their phones also routinely collect their voice data and use it for marketing purposes.

The practice of using voice data for marketing, though legal, is sketchy and uncomfortable for most people. If you want to stop your phone from eavesdropping, here’s what you need to know.

Smartphones are equipped with a perfect array of monitoring equipment: multiple microphones, cameras and motion sensors designed to pick up crystal clear audio and video.

While these tools may be useful for creating media, they serve a far more effective goal for advertisers.

In mid 2018, a reporter for Vice performed an experiment to see just how closely smartphones listen to our conversations. To test his phone, the journalist spoke pre-selected phrases twice a day for five days in a row. Meanwhile, he monitored his Facebook feed to see if any changes occurred.

Sure enough, the changes seemed to arrive overnight. One of his test phrases involved going “back to university,” and by the next morning, the reporter saw ads for summer courses. He then changed up his test phrase to “cheap shirts,” and saw ads for low-cost apparel on his Facebook feed the next day.

This report triggered a wave of studies on the surveillance effects of social media platforms.

These user agreements explicitly state recorded audio may be used for targeted advertising purposes. Interestingly, such practices aren’t against the law. This allows tech companies to push the privacy boundaries even further to encourage us to buy things we don’t need.

What can I do about being spied on?

If you’re not comfortable with targeted ads, there are ways to mitigate your smartphone’s spy power. Keep in mind you may lose access to some handy features like wake words and voice assistants, so decide if these features are worth sacrificing your privacy.

The biggest vulnerability comes from the “always on” feature of most voice assistants. To pick up wake words like “Hey Siri,” the mic needs to remain on at all times — which means your phone is always listening.

The best place to start taking your privacy back is by turning off the “always on” microphone features on your handset. Here’s how to do it.

Apple has come under fire for transcribing audio recordings of Siri users. The data is locally stored on your device and is uploaded once Siri is activated, so disabling this feature will at least make your Siri inputs shorter and more specific to your requests.

To turn off “Hey Siri,” navigate to your iOS device’s Settings, followed by Siri & Search. Then, toggle “Listen for ‘Hey Siri'” to off.

Every time you use “OK Google,” or use another voice-controlled function, your query is recorded and the transcripts are saved to your Google account. Tap or click here to learn how to remove this and more.

If you use Google Assistant on Android, just open the Google Assistant Settings. Say, “OK Google” or hold down the phone’s home button, then tap the file drawer icon found on the upper right-hand corner, and tap the three dot menu. Select more and choose settings.

From this point, you’ll want to scroll down to the devices category and select your phone, then in the Google Assistant section near the top, tap the blue slider button to change it gray, which turns off Google Assistant.

For older Androids, follow the previous steps and after you choose your smartphone from the devices category, look for OK Google Detection, then the “say ‘OK Google’ at any time” option. This is where you can turn the feature off.

Disabling the always-on microphone features from your phone isn’t enough for some apps like Facebook. The social site makes exceptions to the rule and will keep on listening unless you make the change.

Here’s how you can turn audio recording off for Facebook, but the same steps apply for any app that uses the microphone. Just select a different app when you reach the right spot in the steps below.

If you are an iPhone user, go to Settings, Facebook and tap Settings in the sub menu. Slide the Microphone switch to the left so it turns from green to white. That turns it off.

Alternatively, you can go to Settings, Privacy, Microphone then look for Facebook to do the same. Note that you can toggle the mic on and off for other apps, too.

For Android users: Open Settings, then choose Applications and Application Manager. Look for Facebook, and tap App Permissions, then toggle the microphone off

Keep in mind, turning off Facebook’s microphone access will affect and disable certain features like Live Video. If you’re going to use these features, you will have to toggle the mic back on. Follow the same steps above, but make sure the toggle is set to On, and you’ll be good to go.