Apple shocked many an iPad user when it announced the company’s signature tablets would no longer run iOS after the latest software update. Before this, the two families of products shared nearly all their software, which led to some issues around app compatibility and optimized performance. That isn’t to say the iPad isn’t capable of greatness; in fact, tap or click here for ten tips and tricks for your iPad.

But now, iPads have their own operating system to enjoy: iPadOS. Built using the same framework as iOS proper, iPadOS brings the tablet much closer to traditional computer status — with real-time multitasking for apps, new interface methods and a genuine dock on the home screen, just like a Mac.

There’s more than meets the eye with iPadOS. With a brand new operating system comes a host of features you can’t get anywhere else. Here are the top 5 new features on iPadOS that help you get the most out of your tablet and its high-tech hardware. 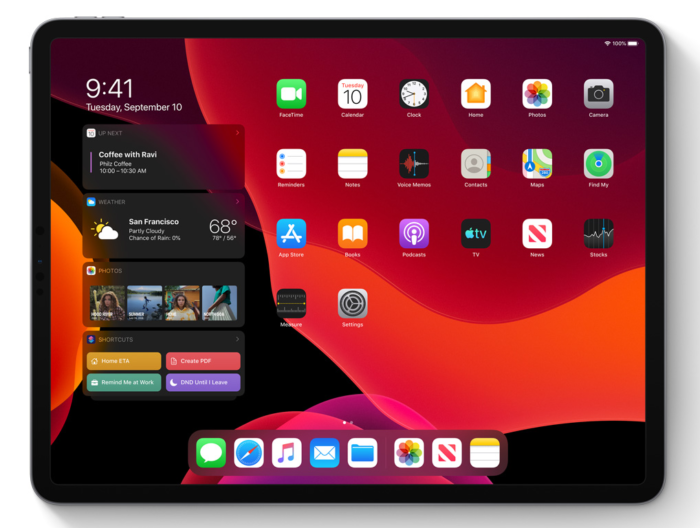 iPadOS is taking a totally different approach to the iPad home screen. Before, the most you’d be able to do is organize rows and columns of apps with a tray of your favorites at the bottom. Now, users have the ability to customize their home screen with widgets that can show time, display weather, add reminders and more.

To create a custom home screen with widgets, open Settings, followed by Display and Brightness, then select Home Screen Layout. Toggle the switch to make widgets a permanent part of your home screen.

2. Take advantage of the dock in iPadOS

Say goodbye to the tray, because iPadOS has a full-fledged dock. Just like on your Mac, iPadOS’ dock can be customized with shortcuts to your favorite apps and folders. It’s also your hub for accessing several multitasking options (more on those later).

The most convenient part of the dock is the fact that it’s always available. Swipe up from the bottom of the screen to show the dock and it will appear no matter which app you’re currently using.

Related: New iPad? Here’s the first thing you need to do.

To move an app into the dock, hold your finger on the icon until a pop-up appears that says Rearrange Apps. Then touch the app you want to add and drag it to the bottom of your screen. It’ll automatically add itself to your dock.

3. Run two apps at once in Split Screen mode 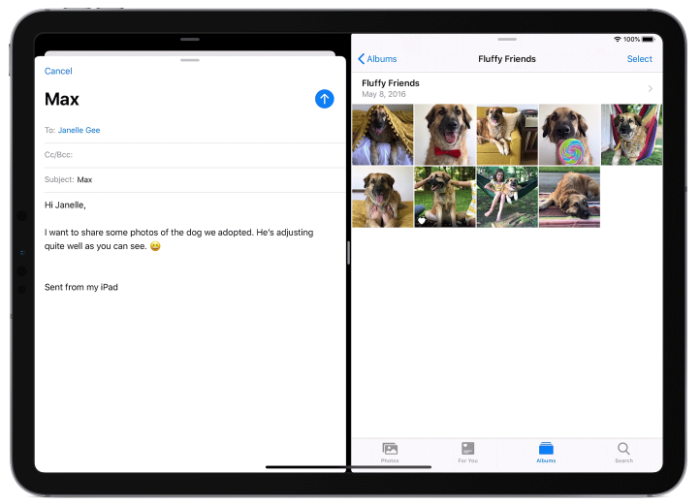 Split Screen mode existed in previous versions of iOS. Now, it’s much easier to use and access.

To use Split Screen mode, make sure the second app you want to run is in the dock. Open the primary app you’re using, swipe up from the bottom to reveal the dock, and drag the app icon to either the left or right side of the screen.

The iPad will put the two apps side-by-side, and you can adjust the size of each one by dragging the black bar that separates them to one side or the other.

In a first for iPadOS, you can drag and drop files and content between two apps without needing to close them. Just hold your finger on the item you want to move and drag it over to the other app. It’s a great way to take notes or share images.

4. Have an app in waiting with Slide Over 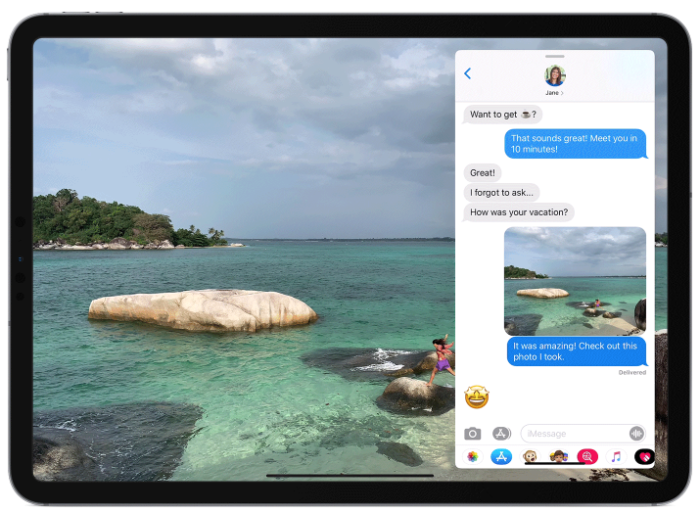 If you don’t want to dedicate half your screen to another app, Apple also allows for Slide Over mode, which keeps your second app in a smaller window on the edge of the screen.

To put an app in Slide Over, swipe up to access the dock and drag your app to the edge of the display without completely touching it. The app will open itself and stay pinned to the side. You can dismiss it by swiping it away, or bring it back by swiping inwards from the edge of the screen.

5. Use your iPad as a second screen for your Mac with Sidecar

This one is just plain cool. If you’ve ever wanted to have a professional dual monitor setup for your Mac, you don’t need to buy a second display anymore. All you need is an iPad running iPadOS with the Sidecar feature.

To use Sidecar, make sure both your computer and iPad are on the same Wi-Fi network. Then, on your Mac, open System Preferences and select the Sidecar tab. Here, you’ll see a dropdown menu where you can select your tablet and pair it to your computer.

Keep in mind that your iPad doesn’t lose its touch sensitivity when it’s connected. You can use its screen and your Apple Pencil as a mouse-style interface. And for the artists out there, you can even use your iPad as a drawing tablet.