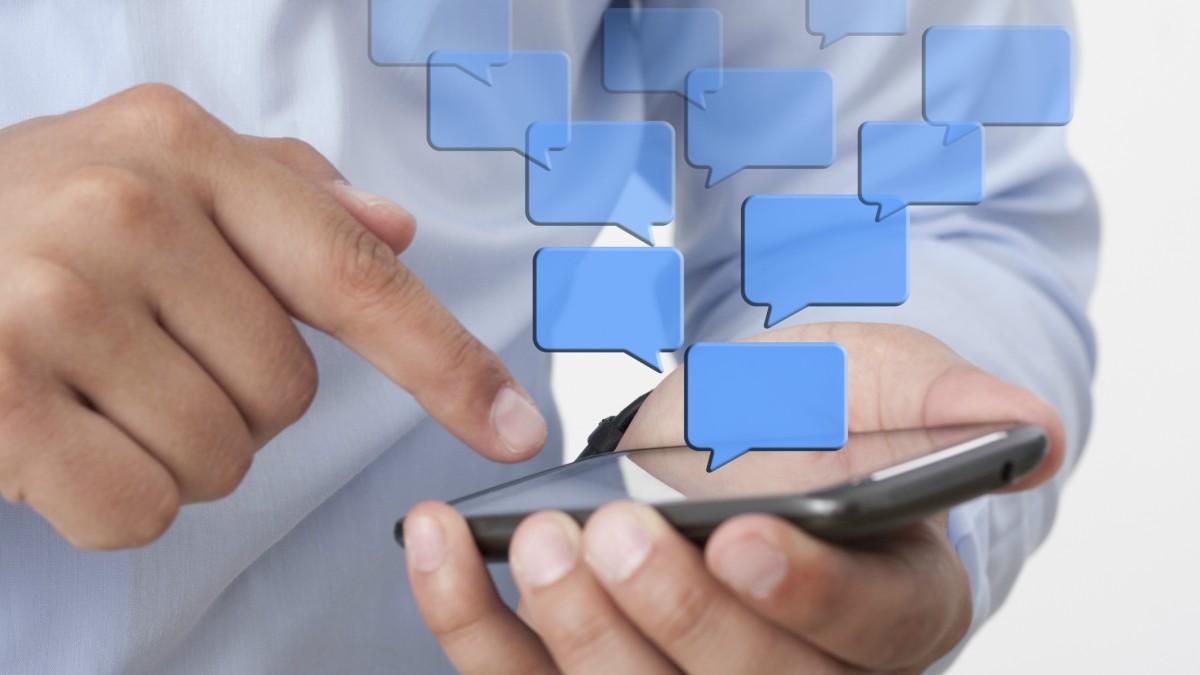 As the rivalry between Android and iOS continues at a fevered pace, there is one area in which Apple reigns victor, and that is text messaging. Without question, Android SMS and MMS simply cannot match the many superior features of iMessage. Despite this, tap or click here for hidden features in Android 10 you’re sure to love.

While Android messaging services have been basic and lackluster, Apple’s built-in text messaging offers users a rich experience with a variety of unique elements including bubble and screen effects, Tapbacks, Digital Touch, stickers and apps.

Google has changed all that. Last year the company announced it was working with wireless providers to slowly roll out RCS messaging to the U.S. and here it is. This new feature enhances Android and Samsung Messages, and helps Google catch up to Apple, at least in the messaging mêlée. Here’s what it can do.

Update: Android rolled out its Messages update across the U.S. ahead of schedule. To get the new features, simply update both Messages and Carrier Services.

Introduced in 2007, it took over a decade before Google’s announcement that Rich Communication Services (RCS) would replace SMS. Aptly named Google Chat, this communication protocol has found its way to smartphones across the nation over the last year.

Access is now available to everyone in the United States and Google insists service will reach France, the UK and Mexico by the year’s end.

If you don’t currently have Google Chat on your smartphone, you can utilize Messages for Web to send and receive texts from your computer and sync them to your mobile device. Tap or click here to learn three ways to send messages using a PC or Mac.

There are a few notable limitations to Google Chat. Your mobile carrier, device and messaging app all need to support the protocol. In addition, your receiver must have Chat as their default messaging service; otherwise, any texts sent by you will revert to SMS.

Take your texts to another level

No longer will your chat experience be dull or boring, thanks to RCS. Similar to iMessages, Facebook Messenger and WhatsApp, the following features are available with Google Chat:

How to use Google Chat feature

To use Google Chat, you’ll need to use Android Messages as your default texting app. While many Android devices already have the app, Samsung users will need to download the Google Messages app from the Play Store. Once installed, set it as your default messaging service when prompted.

Next, enable the Chat app. Either wait for a prompt that will ask if you want to view when others are typing or turn on the feature in the Chat Features section under Settings. Here, you can further customize read receipts and the typing indicator.

Once you’ve enabled your chosen features, you’ll know they’re ready to use when your chat status shows Connected.

How does Google Chat stack up?

To its advantage, Chat works over your mobile data or Wi-Fi and across any device; however, while Google looks to up its game with RCS features, there is a significant unaddressed issue: messages in Google Chat will not have the protection of end-to-end encryption, like that of iMessages.

Without this safeguard, your conversations could be vulnerable to hackers or other outside threats. Tap or click to learn more about how hackers can steal your messages.

What’s up in the air in regard to Google Chat is whether Google will include third-party app integration, similar to iMessage. It’s difficult to imagine this feature would be excluded, considering Android is an open-source operating system that relies on third-party apps.

Some reports indicate Google is currently working with businesses to bring helpful features to this latest messaging incarnation.

One size fits all

Will the RCS upgrade revolutionize messaging and become the universal standard for Android and iPhone users alike? Because you can use RCS on any device, including iOS, you may wonder if, at some point, the iPhone will include the messaging service.

Although rumors suggest the company may be open to some RCS support, Apple remains silent on the topic. RCS isn’t the only revolution in tech these days. 5G is coming to a city near you.

However, most wireless carriers welcomed RCS, with many agreeing to work together to make it a standard. Still to be determined is whether competitors can follow through.

Eliminating barriers that exist between devices and various messaging apps would benefit both consumers and businesses; however, when or if RCS will make its appearance on all devices is anyone’s guess.

Is Google making progress in the battle against Apple? Yes. Breathing life into Android’s stale messaging services with RCS is a step in the right direction. But the lack of end-to-end encryption will prevent RCS from becoming a universal messaging standard, and assures Apple remains the messaging leader for the foreseeable future.