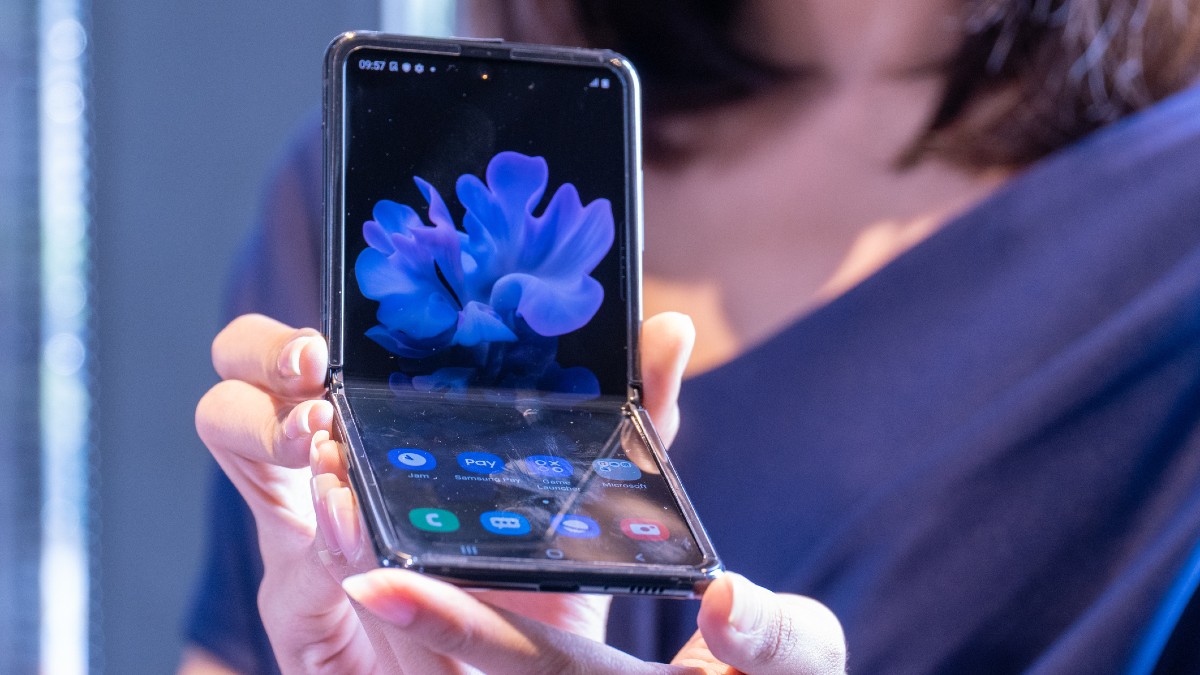 Though technology is ever-improving, developers will find what works in the market, blurring the lines between comparable products. This one is slightly faster, this one comes in different colors, this one has a slightly better camera, and it comes down to personal choice.

When the market is saturated, it’s prime time for a gimmick, and today we’re talking about flexible/folding screens. Though this bendy feature has a long way to go and may never catch on, it’ll be interesting to see what comes of it. We recently had a hands-on experience with the world’s first foldable PC. Tap or click here to get our take.

Manufacturers have attempted to introduce smartphones with foldable screens in the past, and the results haven’t been promising. They are expensive and do you really need a bendy screen? One company hasn’t given up, and there may be more to this novelty than you think.

Samsung teased the first foldable phone, the Galaxy Fold, in 2018. The following year it sent units out to a handful of tech reviewers, and the response was not great. The phones cost $2,000, and some of them suffered broken screens when reviewers tried to fold them. There were also display issues.

RELATED: LG has a $100K rollable TV – or you could buy all this stuff instead

Samsung pushed back the release date of the Galaxy Fold while it worked out the kinks. It seems that the tech giant is ready to give it another go and is debuting a new, affordable model.

Welcome back to the Fold

The latest version of Samsung’s foldable phone is the Galaxy Z Fold3. This phone sees many improvements over its predecessors. It’s waterproof, more durable and has a superior display, not to mention better specs. The Fold3 looks for all the world like a small tablet.

The Galaxy Z Flip3, on the other hand, waxes nostalgia while sporting new tech. It opens and closes like an old-school clamshell flip phone but with a foldable screen.

One major selling point here is that you can run two apps simultaneously, one on the top and one on the bottom. Take selfies while browsing social media or play a game while waiting for your Uber.

The Galaxy Z Flip3 has a 6.7-inch screen when unfolded. It has a 10MP front camera and two 12MP cameras on the back: one ultra-wide and one wide-angle. You can get up to 10X digital zoom and record in HDR.

Speaking of shooting video, the Z Flip3 has three modes:

Inside, you’ll find a 3300mAh dual battery and Qualcomm Snapdragon 888 Octa-core processor. There’s 8GB of RAM, and you can choose between 128GB or 256GB of storage.

RELATED: Tech on a budget: 7 solid smartphones under $500

The Z Flip3 supports 5G and wireless charging. Conventional charging uses USB-C. The phone’s body is made from aluminum, and you can get it in your choice of seven colors.

Other folding phones cost anywhere from $1,500 to $2,000 and up, while the Flip3 starts at $999. Foldable phones are no longer an expensive toy just for the wealthy.

You can drop the price further by trading in a phone with some carriers. Our sponsor T-Mobile is offering a free or discounted Z Flip3 under certain conditions.

Estimated shipping for pre-orders through T-Mobile is August 27.