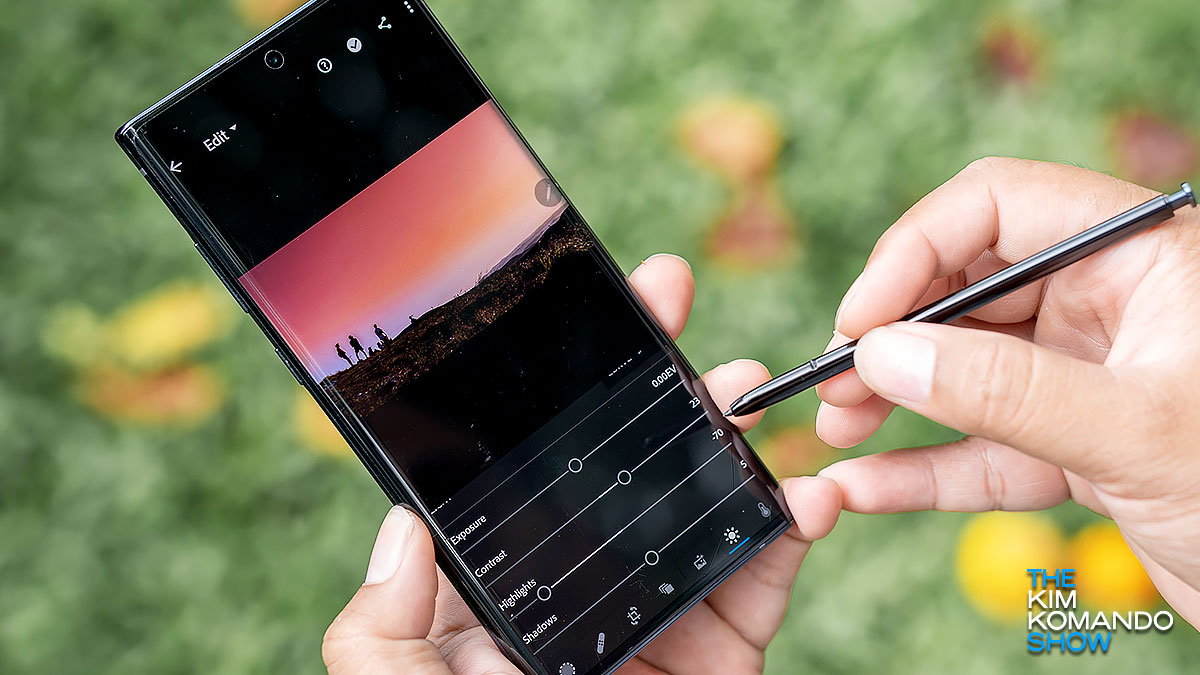 As with any art form, photography can range from a fun hobby to a serious practice.

When it comes to social media posts, you probably just snap a quick photo and post it without much thought. But there’s a lot you can do to make your own snaps stand out. Tap or click here for three ways you can take a better photo every time.

Let’s go beyond the standard camera settings. Grab your smartphone and we’ll walk you through five features you may not be using yet.

Want to shoot in the highest quality? Turn on 4K video, a resolution measurement equivalent to about 4,000 pixels across a display. You can capture your subject in much greater detail, which shows up better on large screens. Additionally, if you crop out parts of the footage during editing and then zoom in on what’s left, you will have less distortion than you would with standard definition.

A framerate of 60 frames per second (fps) is best suited for fast-moving images, while 30fps is closer to what you see in the movies.

To activate 4K recording on your iPhone, go to Settings > Camera > Record Video and select from the list of options. This is available on the iPhone 8 and later models. Tap or click here for 12 more hidden iPhone features.

Most Samsung models produced after 2018 — starting with the Note 9, S9 and S9+ — offer 4K video at 60fps. Google Pixel users can only take 4K video at 30fps. Other Android users can shoot 4K video with Sony’s Xperia and just about every phone from OnePlus.

To turn it on, open up your camera settings.

Note: Shooting in 4K can eat up a ton of space. Remember to switch back to standard video settings when you’re done.

2. Burst mode lets you separate the best from the rest

Have you ever tried capturing a moving person or object and just could not get it right? Burst mode can help. This feature enables your camera to take pictures faster than humanly possible. You get multiple photos for each second and can then select your favorites.

Apple’s iPhone 5S was the company’s first smartphone to offer burst mode. Samsung added it beginning with the Galaxy Note 3 and S3, and the Google Pixel had burst mode from the beginning.

On just about every smartphone that supports it, you can activate burst mode by holding down the shutter button.

3. Slow motion is fun in moderation

Translation: Your phone is capable of shooting in slow motion, and you can make some pretty cool videos with it. To use it, just swipe through the options in your phone’s camera app.

4. Take photos and more with the volume button

Picture this: It’s winter and you want to snap a photo of the snowy landscape, but you’re wearing gloves. You can remove one and expose yourself to the elements or just use the volume up button. This also helps with stability and focus.

The feature is standard on most iOS and Android phones. You can change the volume button’s functionality to take burst photos, zoom and more in your camera settings.

5. Shoot in RAW and impress your followers

RAW is an image format that retains all the information when you shoot a digital photo, such as contrast, exposure and saturation. It also retains all your settings such as ISO, shutter speed and aperture to view later. This all comes into play when editing photos.

Your smartphone takes JPEG photos by default, which are fine for everyday use and social media. If you want to get the most out of your photos, however, try shooting in RAW.

Photography tip: Tap or click here to learn more about shooting in JPEG, TIFF and RAW.

Apple’s iPhone 12 Pro and 12 Pro Max with iOS 14.3 let you take photos using Apple’s ProRaw format, which is optimized specifically for the iPhone. Go to Settings > Camera > Formats then toggle Apple ProRAW. A RAW icon will now be available when taking a photo.

Most flagship phones from Samsung, LG and Google produced after 2016 have this feature. You can usually find it in the settings under the camera app. Simply change the format from .jpeg to .raw.

Just like shooting in 4K, RAW photos are much larger files and can fill up your storage pretty quickly. Keep that in mind when playing with your camera settings.