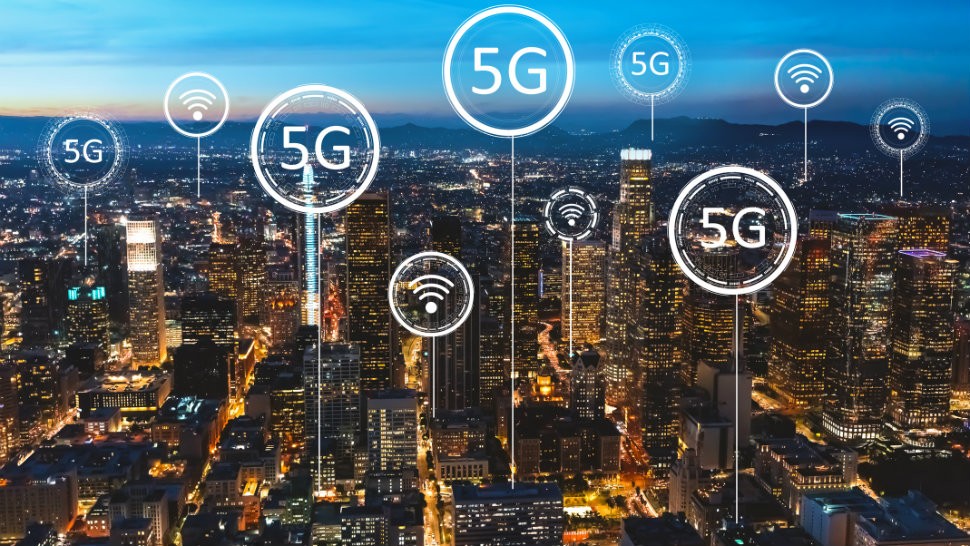 As 5G begins rolling out across the U.S., the hype surrounding this new generation of cellular technology is booming. Wireless carriers boast about ongoing test cities while consumers rush for 5G phones.

Although this technology has been in the making for almost a decade, it’s difficult not to feel some excitement now that it’s becoming a reality. However, as with every innovation, its release does come with a bit of trepidation.

There is an abundance of stories regarding the potential dangers of 5G, leaving consumers questioning its safety. What do the government and the scientific community have to say about 5G? Let’s find out.

What’s the government’s view on the safety of 5G?

In August of this year, the Federal Communications Commission (FCC) ruled that 5G is safe. The agency further held that the decades-old rules regulating radio emissions for safety do not require any changes.

While FCC officials noted the radio frequency waves used in 5G technology are higher than its predecessors, the commission stated 5G waves remain part of the radio spectrum that emits non-ionizing radiation and does not damage DNA.

FCC chairman Ajit Pai proposed changes to make the rules more consistent across technology types; however, he made it clear the rules are not going to be any tighter as the current FCC limits are “among the strictest in the world.”

RELATED: WHAT YOU NEED TO KNOW ABOUT THE COMING 5G REVOLUTION

Last year, Jeffrey Shuren, M.D., J.D. Director of the FDA’s Center for Devices and Radiological Health released a statement that addressed this topic. Shuren stated that due to ongoing evaluations, available scientific evidence and current information the agency believes “the current safety limits for cell phones are acceptable for protecting the public health.”

Despite the FCC and FDA safety statements, several senators have recently criticized both organizations for their lack of answers regarding 5G health concerns. Before a Senate committee, wireless carriers did concede they are unaware of any independent scientific studies on the safety of 5G technologies.

This led Senator Blumenthal to conclude, “So there really is no research ongoing. We’re kind of flying blind here, as far as health and safety are concerned.”

RELATED: 5G IS FINALLY BECOMING A REALITY, BUT IT’S STILL GOT A LONG WAY TO GO

The scientific community is skeptical

Although the current federal stance on the safety of 5G is that the technology is safe for use, the scientific community is not fully convinced. True, there are no known ongoing studies of the safety of 5G. However, there is a considerable amount of research dedicated to radiofrequency and its potential effects on the body.

One article put forth by the European Cancer Environment Research Institute indicates “there is strong evidence that excessive exposure to mobile phone frequencies over long periods increases the risk of brain cancer both in humans and animals.”

A second study, presented in the journal Environmental Science and Pollution Research, concluded that regular and long term use of microwave devices, such as mobile phones at a domestic level, could harm the biological system — most importantly the brain.

MOBI-KIDS was a five-year study, completed in 2016. The research focused on the connection between radiofrequency energy from communication technologies, including cellphones and brain cancer in children and adolescents.

It was an international, multi-center study involving 14 countries. Before releasing the complete results to the public they must be peer-reviewed. You can find a summary of the study here.

Other studies throw into question methodologies and policies such as the $25 million study conducted by the National Institutes of Health (NIH). While the results indicate a higher risk of tumors, DNA or tissue damage, and lower body weight in rodents, the implications for human health remain unclear.

Even the Russians are pushing their thoughts on the safety of 5G. According to the Russian Network RT America, the technology might kill you. In addition to calling 5G a “dangerous experiment on humanity,” the network is purporting 5G signals will cause brain cancer, infertility, Alzheimer’s disease and autism.

U.S. intelligence officials identified the network as one that interfered with the 2016 U.S. presidential election, leaving most experts to believe the sole purpose of these reports is to invoke fear in those outside Russia.

It is apparent there are plenty of arguments for both sides of 5G’s safety and more research is necessary. But, there’s one thing that’s certain: wireless carriers have assured the technology will be available across the country within the next two years. As the tech’s guinea pigs, it won’t be long before we find out who’s right.

To learn more about 5G and what to expect at launch, check out these helpful articles and podcasts here on Komando.com.