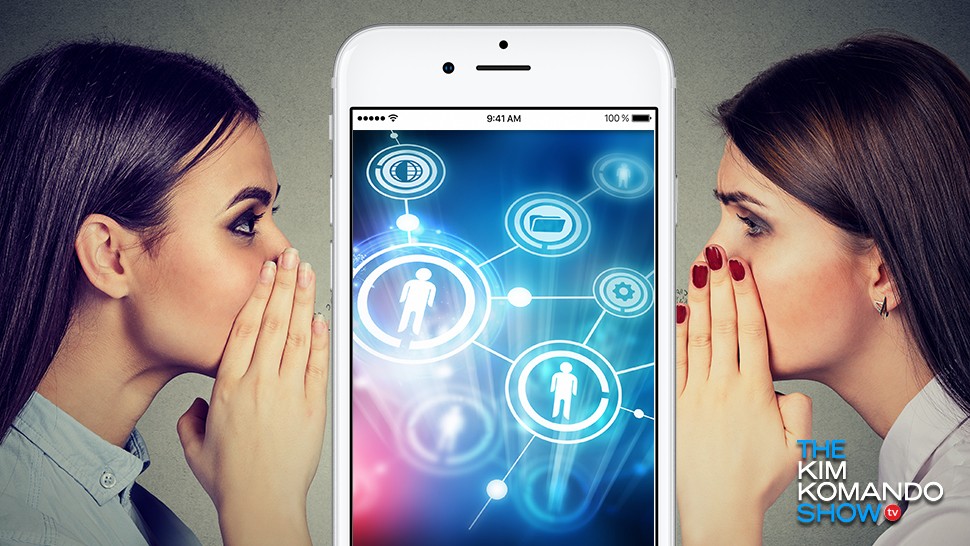 Have you ever had an ad show up on your screen about something you were just discussing with friends or coworkers? How about suddenly seeing a sponsored Facebook posts about products and services you were just talking about with your co-workers?

Are these mere coincidences or a result of all the tracking algorithms that tend to follow us all around nowadays? Or … are our devices listening to us?

One researcher says, nope, it’s no coincidence: Your smartphone is definitely listening to everything you say.

Your smartphone spies on you, but maybe not the way you think

Back in the summer of 2018, a reporter for the online site Vice conducted an experiment to see if his phone was listening to his conversations. For five days in a row and two times daily, he uttered phrases to his phone and monitored his Facebook feed for changes, specifically for sponsored posts.

He said the changes to his Facebook ad content “came literally overnight.” He tested phrases like “going back to the university” and later saw ads for mid-semester university courses, and after he said “I need some cheap shirts,” he saw ads for cheap apparel.

The Verge’s article got a lot of press and even inspired more scientific studies to test the secret listening abilities of smartphones.

A group of researchers from Northeastern University tested the theory. They weren’t able to prove or disprove whether our phones are listening (they found no evidence of recorded conversations), but they make an unexpected finding. Apps installed on smartphones have the ability to record your screen and whatever you type, including user names and passwords.

Your smartphone is similar to smart speakers like the Amazon Echo and Google Home — they listen for “wake” words like “Hey Siri” and “Okay Google” all the time.

These wake words are required for your smartphone to actually start recording. But without these triggers, your voice inputs are processed only within your smartphone and are not sent anywhere, so say the manufacturers.

So similar to how virtual assistants work, it’s safe to assume that smartphones listen all the time waiting for the wake word and voice data continuously gets recorded, albeit temporarily, on the gadget itself.

Is listening to you without your knowledge legal?

Using voice tracking for marketing purposes is legal because the privacy policies and end-user agreements you agreed with plus current laws actually allow it. Since it’s a very effective targeted ad tool, it’s not a surprise if companies are using it.

This app voice-tracking technology is certainly scary, but the thing is, all these companies really care about is effective advertising. Voice triggering is just yet another available tool, similar to browser cookies and location tracking, they utilize to efficiently target ads.

Privacy dangers exist, of course, but for regular folks, this probably shouldn’t be a cause for big concern. Who cares if you’re looking for fluffy pillows and ultra-soft bedsheets, right?

However, if you’re still concerned about this, I don’t blame you. Here are ways to turn off your smartphone’s “always-listening” abilities:

What to do to make your phone stop listening to you

Here’s how to turn off the “OK Google” wake phrase: On Android, just go to Settings >> Google >> Search & Now >> Voice and turn “OK Google” detection off.

Although all the evidence supporting the allegations that the Facebook app is “listening” through your phone’s microphone for advertising purposes is purely anecdotal, it’s still your choice if you want to disallow it or any other app from accessing your mic. It’s actually quite easy!

Important: Keep in mind that turning off Facebook’s microphone access will affect and disable specific features of the app such as Live Video. If you’re going to use these features, you will have to toggle the mic back on.