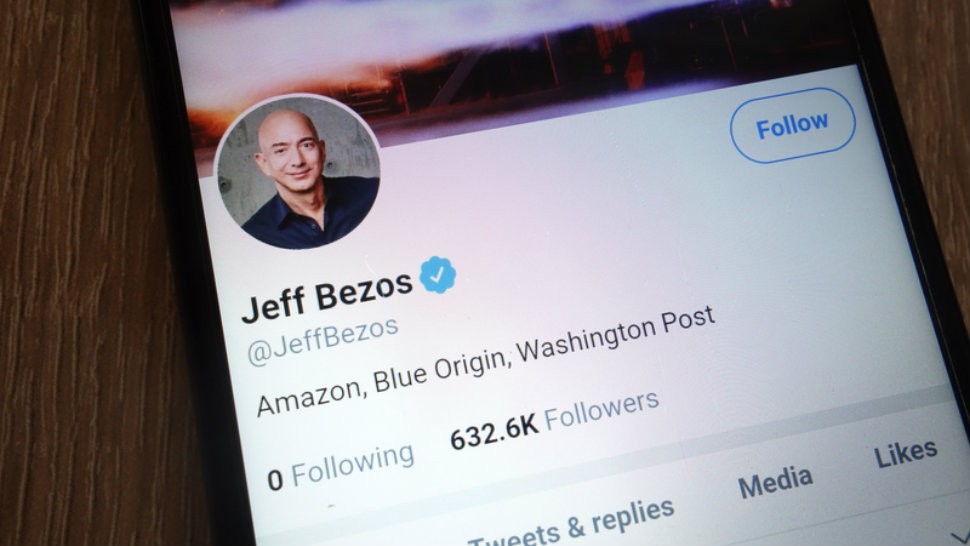 By this time, you may have heard of the news that Amazon founder Jeff Bezos and his wife, MacKenzie, are getting a divorce after 25 years of marriage. MacKenzie reportedly will only get a quarter of Jeff’s $137 billion net worth but still, $36 billion still makes it the most expensive divorce in history.

Bonus podcast: How much money are we talking? In this episode of Consumer Tech Update, Kim talks about Jeff Bezos impending divorce.

The circumstances leading to the divorce may have more than meets the eye, though. No, we’re not here to speculate about the couple’s personal lives, that’s their own business. However, new details are emerging that may impact you more than you think.

Read on and see what these new reports might mean for our national cybersecurity.

He also wrote that the hack has links to American Media Inc (AMI), the publisher of National Enquirer, the tabloid that exposed the details of the Amazon CEO’s affair with Lauren Sanchez and threatened to reveal the pair’s private text messages.

Although he didn’t offer any concrete proof, relying solely on circumstantial evidence, de Becker wrote that his “investigators and several experts concluded with high confidence that the Saudis had access to Bezos’ phone and gained private information.”

“As of today, it is unclear to what degree, if any, AMI was aware of the details,” he continued.

For its part, AMI dismissed the alleged connections with the Saudis and maintained that its information about the affair actually came from Sanchez’s own brother, Michael.

I don’t know about you, but acquiring Bezos’ private information via a tattletale instead of a smartphone hack is more reassuring to the public, don’t you think?

If a high-profile individual like the tech mogul Bezos, whose smartphone is supposed to be as impenetrable as a nuclear bunker, can be compromised, what does that mean for the rest of us mere mortals?

Well, we’re not exactly Jeff Bezos, but this means that anyone who is persistent enough and is in possession of the right tools can compromise any phone or gadget. If someone wants to hack your phone, with enough patience and elbow grease, they sure can.

But how? There are a variety of ways. For instance, Bezos’ may have clicked a boobytrapped link sent to him via email. The poisoned webpage, in turn, could have installed the necessary malware to compromise his phone.

Could it be a malicious app that was downloaded and installed on the billionaire’s phone? How about a supply chain attack similar to Asus update malware hijacking that happened recently?

Or worse yet, maybe there’s a still unknown zero-day exploit that allowed the hackers to remotely spy on Bezos’ phone without detection.

Until further details are revealed about this alleged hack (which I doubt will ever come to light), we’ll never know for sure. However, what you can be sure about are the steps you can do to protect yourself from similar attacks.

Bonus podcast: No one is immune to hacking. You may not be a billionaire like Bezos, but you can take steps to make your phone hack-proof. Listen to this free Consumer Tech Update for more tips on how to lock down your phone.

How to protect your smartphone from hacks

With a few exceptions, in almost every case, a malicious app will come from a third-party source. If you’re an iPhone user, don’t jailbreak your gadget and avoid installing jailbroken apps

Make sure you have strong security software on your gadget, If you’re an Android user, make sure, you enable Android’s real-time security program, Google Play Protect. It certainly will be a huge help in containing malicious apps before they can cause damage.

If you get an email or notification from a site that you find suspicious, don’t click on its links. It’s better to type the website’s address directly into a browser than clicking on a link. Always double check the URL of sites you visit too and look out for typos.

Make sure that you have downloaded the latest security and operating system updates. These updates usually include patches to help protect your device from the most recent threats.

Here’s a simple way to prevent snoops and hackers from physically installing malware on your phone – lock your phone!

You may choose to use a passcode, a fingerprint, a pattern, or facial recognition but make sure you have this basic security setting enable all the time.

Oh, and if you use a passcode, be sure it’s something that won’t be easily guessed. Don’t use your birthday or home address. Even better, use a longer string of numbers or characters.

CLICK HERE FOR SIX ESSENTIAL STEPS TO SECURE YOUR SMARTPHONE OR TABLET.