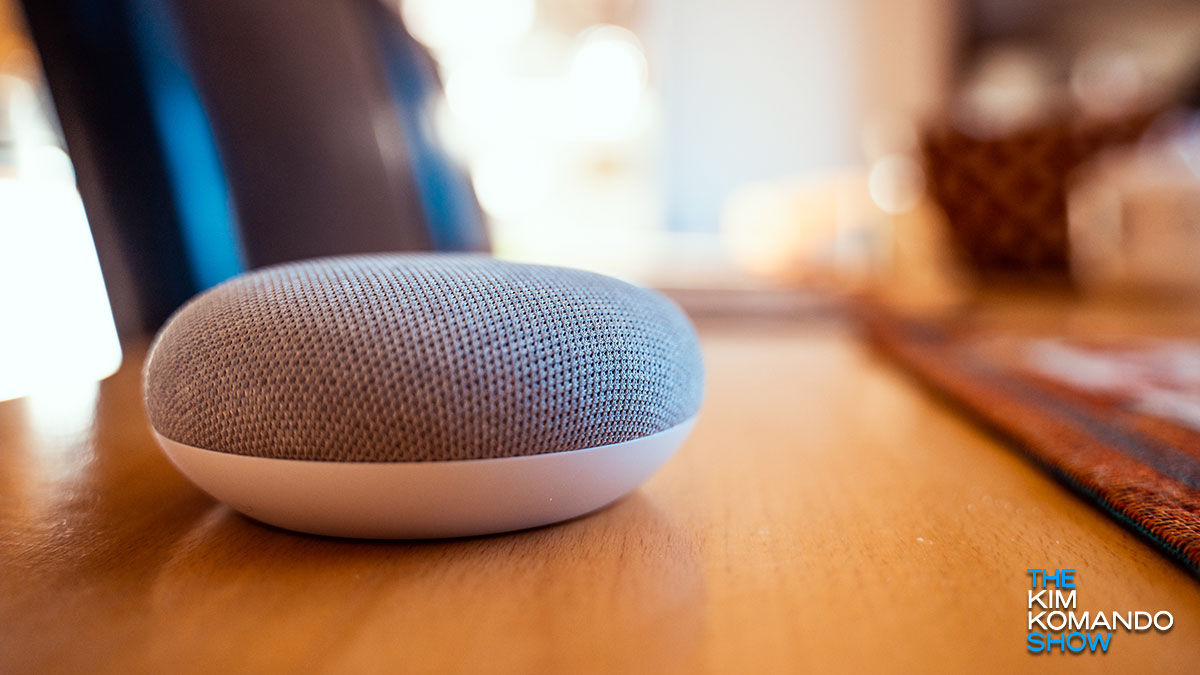 Millions of homes have at least one smart speaker, and it’s not hard to see why. Not only are they great for listening to music and getting weather and news updates, but you can also control all the smart devices in your home with your voice. Super convenient!

But there is one major downside: the impact they have on your privacy. After all, smart speakers are always listening for the wake word. One company got creative and came up with a tool that jams the Amazon Echo. Tap or click here to see how Alexagate can ease your fears.

Google also has millions of smart speakers in use around the U.S. and some users recently posted proof that they are always listening. Keep reading to see what happened, and how you can lock down your smart speaker.

A Reddit user who goes by the name Brazedowl posted an interesting story about a strange notification he received from Google, letting him know a smoke detector had gone off in his home. Here’s a screenshot of the notification:

The man already knew the smoke detector had gone off because he was making breakfast and burned some sausages, which triggered the alarm. Until he received the message from Google, he was unaware his smart speaker could detect sounds like smoke alarms.

“Google just made my dumb smoke detectors smart. Pretty rad Google,” he posted to Reddit. But is it rad?

You may also like: Don’t make this huge mistake when getting rid of old tech

Brazedowl isn’t the only one posting incidents like this to social media. Others have reported receiving notifications from Google after breaking dishes, popping bubble wrap and other noises that could be mistaken for security concerns.

So, what’s really going on here? Those things don’t sound like “OK Google” to us. Is Google actually listening 24/7?

As with all smart speakers, Google’s are designed to listen for the “wake word” at all times so they can respond when called upon. If you have Google smart speakers, just say “OK Google” and it jumps into action.

In Brazedowl’s situation, Google had turned a setting on behind the scenes by mistake, allowing his device to detect the smoke alarm sounding. A Google spokesperson told Protocol that the feature was accidentally enabled for some users through a software update but has since been turned off.

It’s a bit alarming to find out in that way that such a feature exists, wouldn’t you say? We have to imagine this will be part of Google’s new home security venture. The tech giant recently purchase of a 6.6% stake in home security company ADT, which plans on integrating the millions of smart speakers and Nest devices already in use into its home security service.

Those notifications have already rolled out for users of Nest Aware. It’s a subscription service for those with Google Nest devices that among other things, records “event clips” and sends users notifications.

You may also like: Amazon scam costs Vietnam vet $100K

While it might be a cool new way to use smart speakers that you already own, it’s not cool to find out you’re being listened to all the time without actually signing up for the service.

That’s especially true give that most tech companies that offer smart speakers argue the point that they are always listening. But this incident proves that the option to listen all the time is there, even if the feature isn’t always on.

If you’re looking for a home security system you can trust, we recommend our sponsor SimpliSafe. There are no commitments, no hidden fees and no activation or installation fees. For as low as $14.99 a month, get complete protection and the peace of mind you’ve been waiting for — and you can cancel any time.