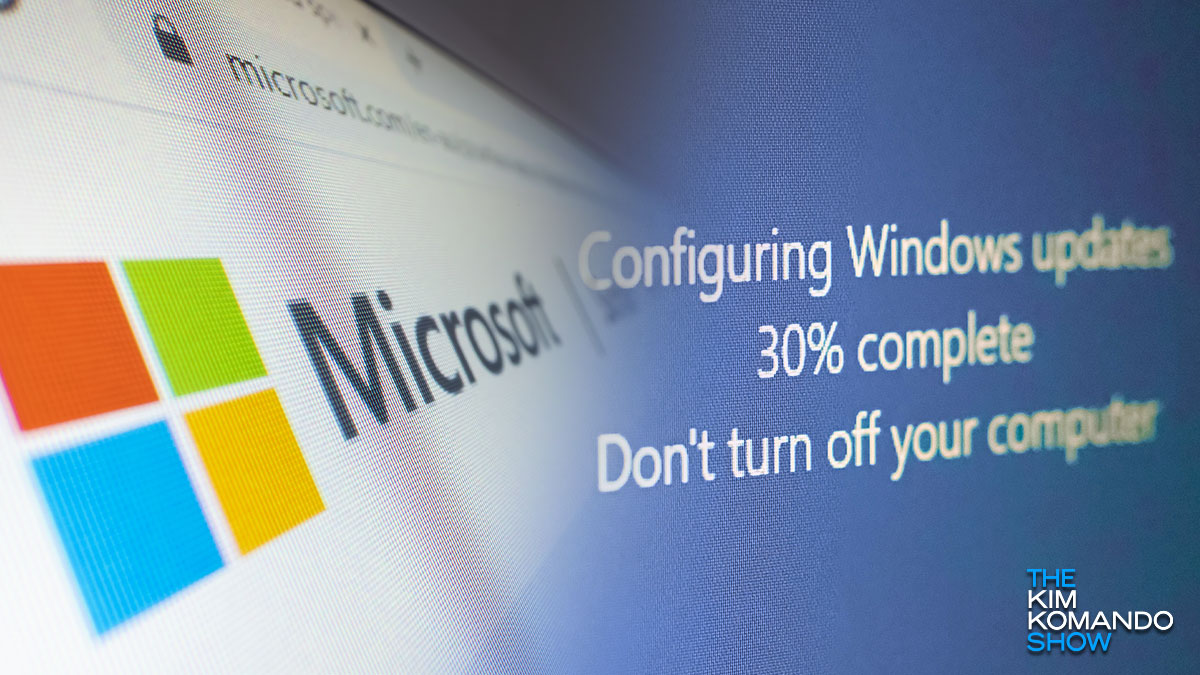 Keeping your computer up to date with the latest patches and software updates is an easy way to ensure your system is running at its best. Software developers like Microsoft release patches for newly discovered flaws, and you should always download them ASAP.

Unfortunately, not all updates are winners. Some recent Windows updates have made issues worse — or even created new ones. Tap or click here for a quick fix for one of the most annoying Windows 10 problems.

Have you been stuck in an unending loop of software updates? It is your frontline protection from hackers and system exploits, but it can be hugely frustrating when things are not working as they are supposed to. Keep reading for the latest Windows news.

Earlier this month, Microsoft released a few patches intended to fix issues with printer drivers and software. But as it was quickly discovered, the Windows 10 KB5000802 and KB5000808 cumulative updates caused more problems than what it solved.

Several users reported an “APC_INDEX_MISMATCH for win32kfull.sys” error, which resulted in the dreaded Blue Screen of Death. Some received it without even printing. Others had printing issues, including pages with black bars, blank pages, or background graphics not printing at all.

Microsoft released an emergency update on March 15 to fix the crashing Windows problem. While it corrected that issue, it quickly became clear from user reports that KB5001567 was causing more software glitches.

RELATED: Windows just rolled out a fix for the update that broke printers

“The updates caused missing text and graphics during print jobs to local (USB) Zebra industrial label printers – various models. Once KB was uninstalled all printing normalized. Watch out for KB5000802, KB5000808, KB5000809 and KB5000822 depending on version of Windows 10,” a user told Bleeping Computer.

Acting swiftly, Microsoft released the KB5001649 update to address the remaining issues. But it has now emerged that Microsoft has halted the rollout of KB5001649, and nobody seems to know why.

In its place, several users have noticed that a numerically lower patch is being offered instead. The KB5001567 was released this week and is available through Windows Update.

When asked for comment, Microsoft replied with a blanket statement. “We are working to fix the issues some customers may be experiencing when printing from some apps.”

How to update your PC

Microsoft is currently working on releasing an updated version of the KB5001649 patch. Hopefully, it will be the last time it needs to correct this problem. In any event, it is always a good idea to keep your computer updated.

Here’s how to make sure your Windows PC is update: