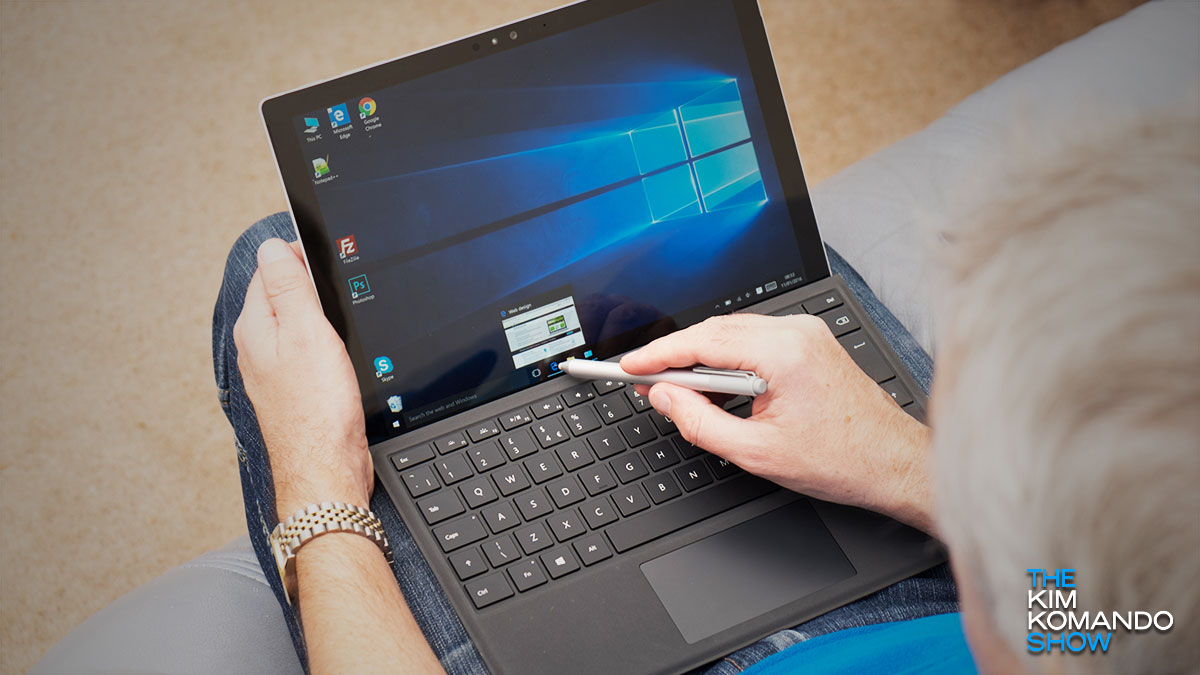 Got an urge to get the latest Windows update? Neither do we, but Microsoft doesn’t care! It’s understandable why they make patches so urgent since staying up-to-date can help protect your computer from the latest malware. But wow, do these updates tend to fail a lot.

Windows 10 is no stranger to shoddy updates. Recent ones have trashed essential features like networking and printing, which harms the users that depend on the operating system the most. Tap or click here to see just how bad February’s update was.

And now, a brand new update is causing headaches for Windows 10 users. Unlike past ones, which mostly broke functionality, this one can actually cause your computer to crash! Luckily, there’s a way to roll back. We’ll show you how.

Update throws a ‘brick’ through your Windows

Update: Some users may find themselves barred from uninstalling the update after a certain period of time has passed. We have updated the story with instructions on how to perform a system recovery.

Microsoft’s latest Windows update, KB4541335, is causing all kinds of problems for Windows users. One issue is non-functional or “bricked” PCs that will no longer start themselves up.

On Microsoft’s user support forums, members have complained of unusually high CPU and memory usage after applying the KB4541335 update, and some have reported the dreaded “Blue Screen of Death” during usage.

Not having a working PC is bad enough. And during these unusual times when everyone is either working from home or depending on the internet for entertainment, it’s even more painful. Tap or click to see what equipment and tools you need to start working from home.

One user claimed that he was unable to install the update in the first place and that it would fail on him midway through the setup. After rebooting several times, he decided to roll the system back to a previous stable version of Windows.

For many affected users, this may be the only option available until Microsoft gets its act together. Fortunately, rolling back can be done in a few simple steps.

How can I roll back my PC to a stable version of Windows?

Rolling back updates is easy, and the operating system lets you do it through a few settings menus. There is a catch though: You only have a 10-day window from when you install the update to do it.

If you’re past this period, you’ll have to reinstall Windows fresh. Just like with a rollback, the operating system gives you the option to do this, and will help you through the process.

Just make sure all your files are backed up before moving forward. A secure cloud backup system like IDrive should do just the trick, and it will encrypt your sensitive files for maximum security. Plus, since your data is on the cloud, it’s easy to get back once your PC is up and running.

Follow these steps to go back to a previous version of Windows 10:

If you don’t see this number, don’t worry — it means you haven’t installed the update. KB4541335 is an optional update, so you might not have installed it otherwise if you haven’t been keeping up.

In the Update & Security menu, click Pause Updates for 7 days, and repeat this weekly until a new version of Windows is released without the issues.

If you see the update but don’t see an option to uninstall, that means you’re past the 10-day window. Here’s how you can perform a fresh install of Windows to address the problem.

This is a complete reinstallation of Windows, so a backup is even more critical. Don’t start a system recovery until you’re 100% certain you’ve saved everything you need.

If your computer won’t start up because of the update, try powering it on in Safe Mode to uninstall it. Just hold the F5 or F8 key while your computer is starting up, and select Safe Mode from the boot menu. Once you’re in, follow the same instructions above to roll back or reinstall Windows.

Hopefully, Microsoft sees how prevalent these issues are and makes some much-needed adjustments. Otherwise, people will start losing faith in updates as a way to stay ahead of cybercriminals.

That is if they don’t already feel that way. Who can blame them, after all? Tap or click to see 7 more quick fixes for common Windows 10 issues.