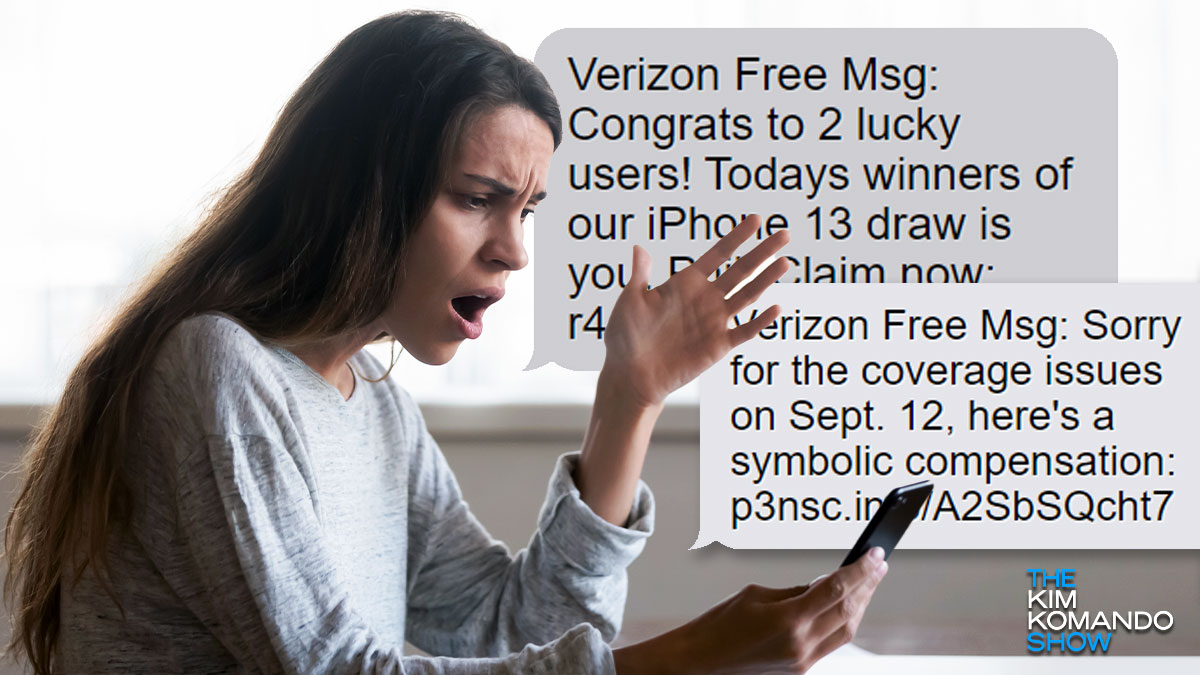 Scams can come in many forms, and we need to watch out for all of them. Phishing emails and malicious links found in online search results are just a couple of examples. Now we need to add deceitful text messages to the list. Tap or click here to see six dangerous texting scams making the rounds.

There’s a new scheme going around now. Verizon customers are getting texts thanking them for paying their bills. The problem is the message isn’t from Verizon at all. It’s an elaborate scheme to rip you off.

The message then includes details of “a little gift,” pointing towards a link at the end of the message. Read on to see an example of this elaborate scheme in action.

Unfortunately, there is no way of telling where the link included in the text will take you. Cybercriminals use a link shortener to hide details of where you’re being sent. If you click on it, it will take you to a malicious website where you allegedly can claim your “prize.”

The reality is the site you’re taken to is malicious and will be used to steal your valuable information. The fake website requires you to verify who you are by handing over personal data like your name, address, phone number and Social Security number.

What tipped a Verizon user off to the scam was the thieves used their real name. Since the targeted phone number is a company account, their name shouldn’t have been associated with it.

Last week, a company that routes text messages for several communications companies, including Verizon, quietly admitted they were hacked.

Syniverse explained to the Securities and Exchange Commission that hackers had access to billions of text messages and millions of cell phone users’ data over the past five years. This elaborate scheme could be the result of that hack.

It might seem obvious, but there are ways in which you can make sure that you don’t fall victim to a scam like this. Here are some suggestions: