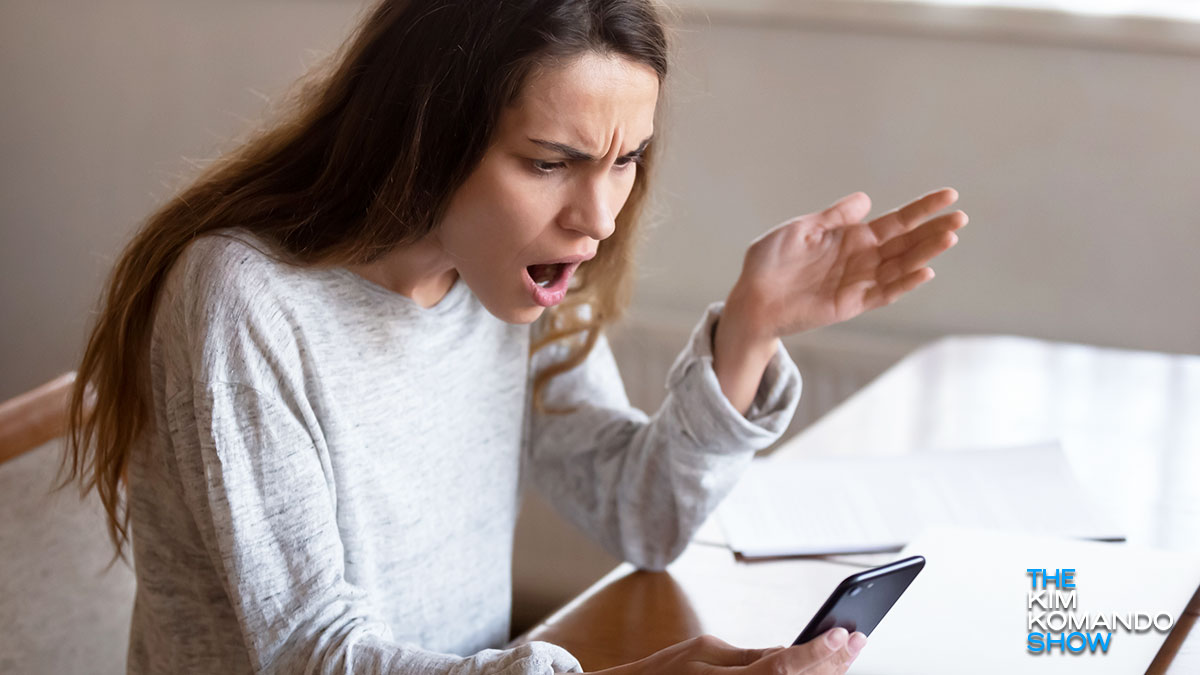 And now, these digital delinquents have figured out a new way to sabotage phones with a malicious device-crashing text message. If this sounds familiar, you might have gotten hit with a previous version of this obnoxious prank. Tap or click here to see how malicious code from a text message can easily crash an iPhone.

As bad as previous malicious texts have been, they’ve got nothing on this new one. A brand new “text bomb” has been discovered that uses foreign-language characters to freeze your phone or force it to reboot — and you don’t even need to read it to feel the effects. If it’s in your notifications, your phone is toast! Here’s how you can fix it.

Filip Koroy, an Apple software researcher from Everything Apple Pro, has demonstrated a unique iOS flaw that causes devices to crash when a malicious text message is read or received.

Koroy is not a so-called “black-hat hacker” himself, but this malicious text message could easily be used by cybercriminals and pranksters to remotely disable phones with very little effort. The moment this text is received, it can slow down your phone and force it to crash. You can’t even power the device off or interact with it.

To make matters worse, you don’t even need to read the text message to experience the flaw. If you get notifications for incoming texts, that’s enough for your phone to start bugging out once the message is received.

Beyond watching the video above, we do not recommend visiting Koroy’s Twitter profile just yet, since it contains instances of the glitchy character as a proof-of-concept. Viewing it on an iPhone might cause your phone to crash.

Why is this happening? How can I fix it?

The glitch is caused by iOS’s failure to render certain text from the Sindhi language. In fact, just reading a post with these characters from a Twitter message is enough to crash your device, as Koroy demonstrates in the video above.

So far, it hasn’t been confirmed that hackers are using this attack in a widespread fashion. But the fact that the genie is out of the bottle, so to speak, means you can’t take any chances.

Hackers aren’t the only ones aware of the bug now, either. Apple has acknowledged the issue and has apparently fixed it in the latest iOS 13 beta. Coincidentally, this beta software fixes another significant issue with iOS Mail that is undoubtedly worse than some text message bug. Tap or click here to see how you can sign up for the beta.

If you install the beta, you won’t be at risk for text message crashing. Keep in mind, though, that beta software can be buggy in other ways, so install it at your own risk — and make sure you’re totally backed up before getting started. Tap or click here to see how you can back up your phone.

Aside from installing pre-release software, there’s actually an easy way to fix the issue if you get one of these nasty texts: forcing a restart.

This will force your phone to reboot, which will get you back into your phone again. Unfortunately, you’ll still be at risk of other people sending you the buggy text until Apple officially releases the software update that addresses it.

Thankfully, the fact that the fix is in the beta software is a good sign that it’s not too far off. Apple, we can’t believe we’re saying this, but please release that update soon!