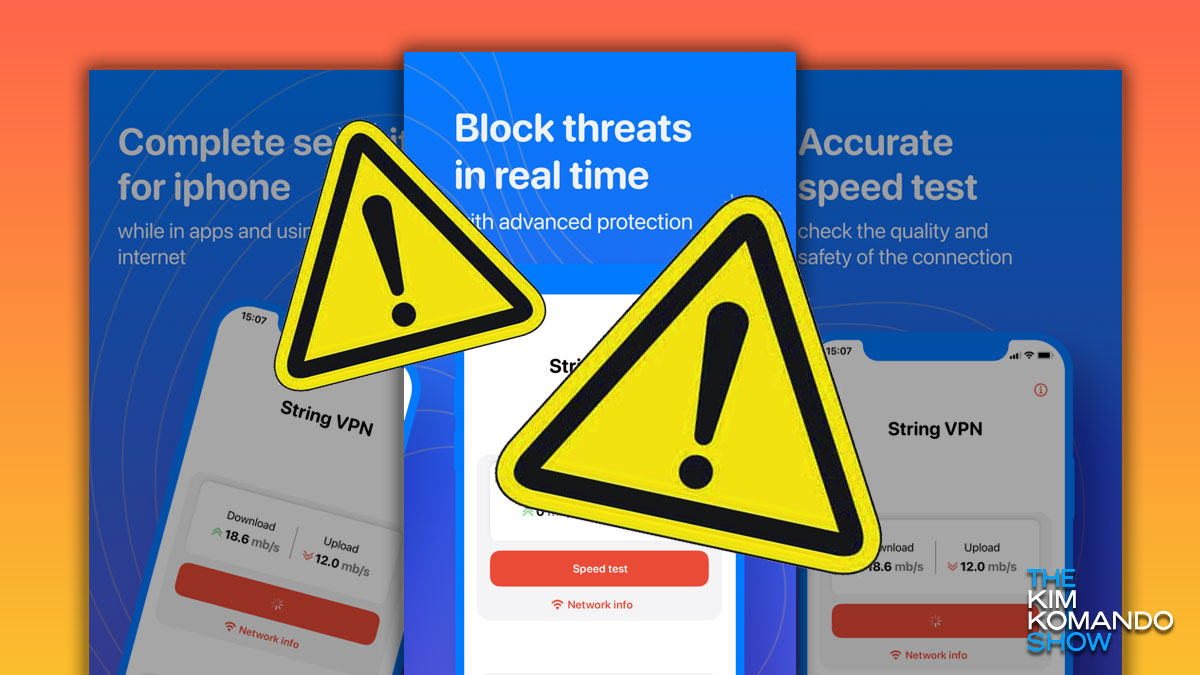 Apple’s iOS infrastructure is fairly robust when it comes to app downloads and services. Unlike third-party platforms, Apple’s App Store is guarded against malicious apps or those that don’t meet the requirements.

It is almost unheard of to find out that an app slipped through Apple’s quality checks. So, when an application does make it through, it is a big deal. It gets even worse if the app in question purports to be a virtual private network (VPN). Tap or click here to see how VPNs work.

That actually happened recently. A fake VPN app was discovered and is ripping people off by the millions. Keep reading for details on this preposterous scam and a better, safer option.

Developer and co-founder of the Fleksy keyboard app Kosta Eleftheriou recently found the Privacy Assistant: StringVPN app. And red flags were immediately raised. Eleftheriou has taken it upon himself to expose hundreds of fake apps and alerted his Twitter followers of the questionable VPN app.

The app has several 5-star ratings, which are obviously fake. This tricks Apple’s algorithm into thinking the app is legitimate and pushes it higher in the rankings. The app claims to be a “fully-featured mobile connectivity and network signal speed test tool,” but that isn’t true.

According to Eleftheriou, the fake reviews are translated from other apps. The contact email is a Gmail account registered in Russia, and the developer’s blank website is registered in India.

I don’t know what’s worse about this app:

What is Apple even doing?? pic.twitter.com/5oUBCJ2GNh

The $9.99 per week subscription nets the scamming company about $1 million each month. Violating Apple’s App Store rules, the application doesn’t provide pricing for weekly or monthly subscriptions, leaving annually as the only option.

Apple has stringent rules in place to minimize occurrences of fake or deceptive apps. But what actions can you take if you paid for the app? Well, according to several of the real reviews and warnings, it’s going to be difficult.

As the contact email address and website is non-functioning, getting a refund through the developers will be futile. Others have contacted Apple directly with refund requests, with not much success.

Your best move would be to delete the application from your device immediately and contact Apple for a refund. You could also approach your bank to stop any payments going towards the developer and file a fraud complaint.

There are lots of shady VPN apps out there. Many of the free options aren’t free at all. Instead, they sell your private data to third parties who then target you with personalized ads. As they say, if it’s free, you are the product.

That’s why it’s important to use a VPN that you can trust. Try the only VPN that Kim trusts and uses, our sponsor, ExpressVPN.

You can now get an extra three months free using Kim’s link for listeners and readers. Go to ExpressVPN.com/Kim to try it out.