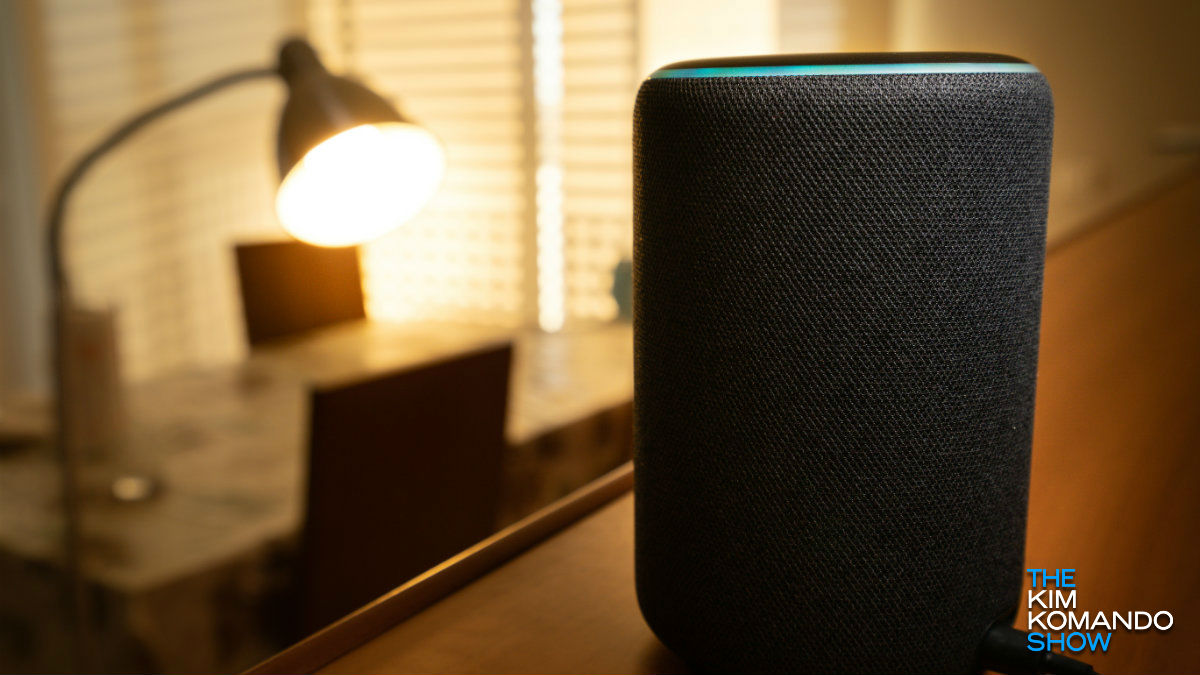 We’ve been warning for years that Alexa is listening to everything that’s happening in your home.

It’s even storing recorded audio of what you’re saying. Tap or click here to listen to your Alexa recordings. But the thing is, Alexa isn’t the only culprit. Most smart speakers actually do this — a lot.

A recent report confirms your fears of being recorded are justified. Is anything private these days?

If you have smart speakers in your home, you’ve probably noticed the light signifying it’s listening popping on from time to time, even when the wake word isn’t spoken. With Apple’s Siri, saying the word “seriously” could get the AI to react.

But why is this happening?

These mysterious occurrences led researchers at Northeastern University to investigate what’s actually going on. They found Alexa, Siri, Google Home and Microsoft’s Cortana all wake up and record what they’re hearing by mistake throughout the day.

The good news is they aren’t always recording. This only happens when your device hears, or thinks it hears, the wake word. This is where the problem lies. There are just too many instances throughout the day that smart speakers are accidentally activated.

According to the researcher’s report, the average rate of activations per device during was up to 19 times per day. HomePod and Cortana devices activate the most, followed by Echo Dot series 2, Google Home Mini and Echo Dot series 3.

During those activations, devices recorded an average of 20 to 43 seconds’ worth of audio. That’s enough time to capture private conversations you don’t want to fall into the wrong hands.

Believe it or not, humans are actually listening to what you tell Alexa. Amazon had been collecting and transcribing samples of conversations recorded from interactions with Alexa users — but you can stop it.

How to stop Alexa from recording your voice

Open the Alexa App on your mobile device and tap Settings, then Alexa Privacy and finally Manage How Your Data Improves Alexa. On this page, your device will inform you about data collection with the following statement:

Once this prompt is up, simply disable the setting to complete the process. Now, you’ll have a smart device that does what you expected out of the box.

You may also like: Find out who’s calling you from an unknown or blocked number

These are the steps to stop Alexa from recording you. If you have different smart assistants in your home, check with their manufacturers for ways to stop them if you’re worried about privacy.