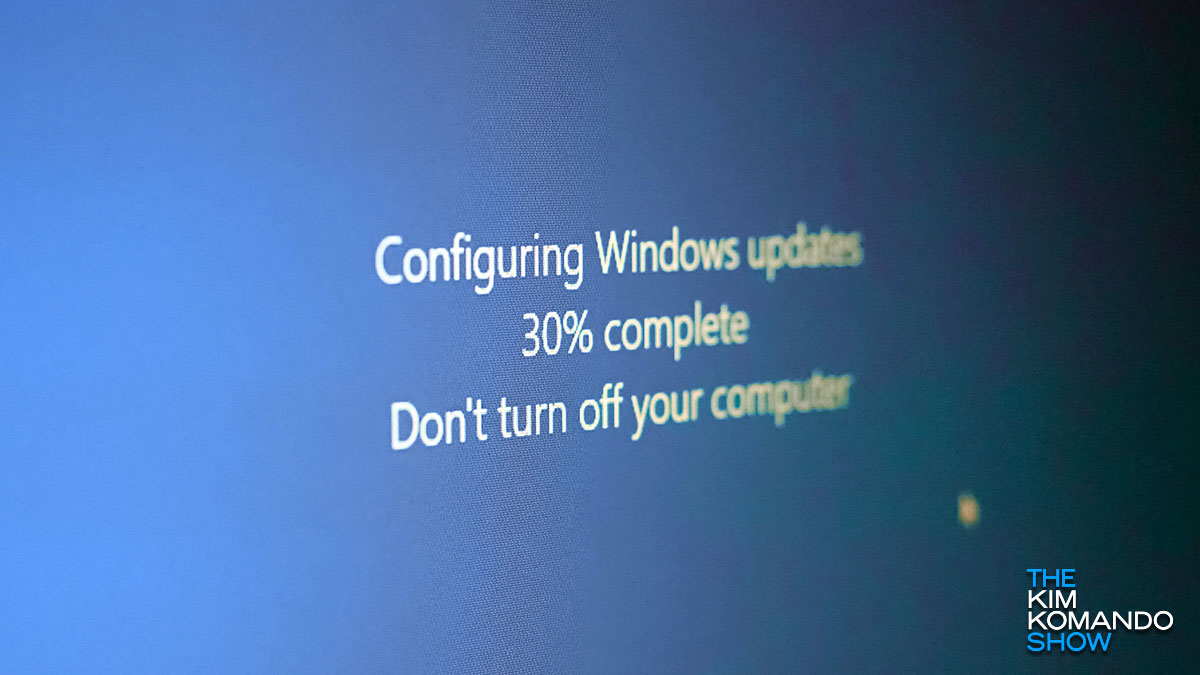 November’s Patch Tuesday has arrived for Windows users, and the latest batch of security updates is now available for all supported versions of Windows 10.

This time around, the patch includes several back-end security fixes that protect Windows 10 from cyberattacks. Whether the update breaks things remains to be seen. Tap or click here to see what the last Patch Tuesday update screwed up.

Microsoft’s track record for stable updates has been mixed this year. That said, there are enough security fixes in this Patch Tuesday update to make it worth installing. We’ll show you how.

The updates don’t add any new features, but they do include several under-the-hood security enhancements to protect against zero-day exploits and bugs:

Microsoft hasn’t said if hackers are exploiting any of the security holes it fixed in the wild. To stay on the safe side, you should update your PC sooner rather than later.

To install the update, turn your PC on and open the Start Menu. Then, click on the Settings icon, followed by Update and Security.

If the patch hasn’t already been installed on your PC, you’ll see one of the following updates available for you to download:

If nothing is available to download, your computer may have already updated in the background. Automatic Updates may have installed the patch for you.

Before you jump in and update, back up all your essential files. If there is a mishap, you could end up losing your data and have no way of recovering it. Don’t start an update until you’re 100% sure you’ve saved everything you need.

For a safe, secure way to back up your data, try our sponsor, IDrive. IDrive lets you backup all your PCs, Macs, iPhones, iPads and Android devices into a single account.

Just go to IDrive.com and use promo code Kim to get 50% off 5 terabytes of cloud backup. That’s less than $35 for the first year.

Tap or click here to see why IDrive is the best way to back up your data.

Better luck next time? Microsoft working on a fix for annoying Outlook bug

Recently, Outlook users have complained of a glitch that causes deleted emails to reappear in Outlook.com account inboxes. Microsoft hasn’t found the exact cause behind the bug but says that it’s working on a fix for a future update.

The cumulative Patch Tuesday update does not include any fixes for this bug. Still, Microsoft has a workaround for affected users: visiting the original inboxes of email accounts affected by the Outlook bug.

If you use your Gmail account with Outlook, Microsoft suggests visiting Gmail.com and deleting the email there manually. The account should then sync to Outlook without issue.

Microsoft also mentions a workaround for a similar Outlook bug that causes images to display incorrectly. Microsoft recommends that users who receive emails with corrupted images ask the original sender to attach the picture instead.

This bug is currently under investigation as well.

Hopefully, we’ll get these bug fixes in time for next month’s Patch Tuesday. A simple workaround is fine, but it’ll be a pain if we have to do it for longer than a month.