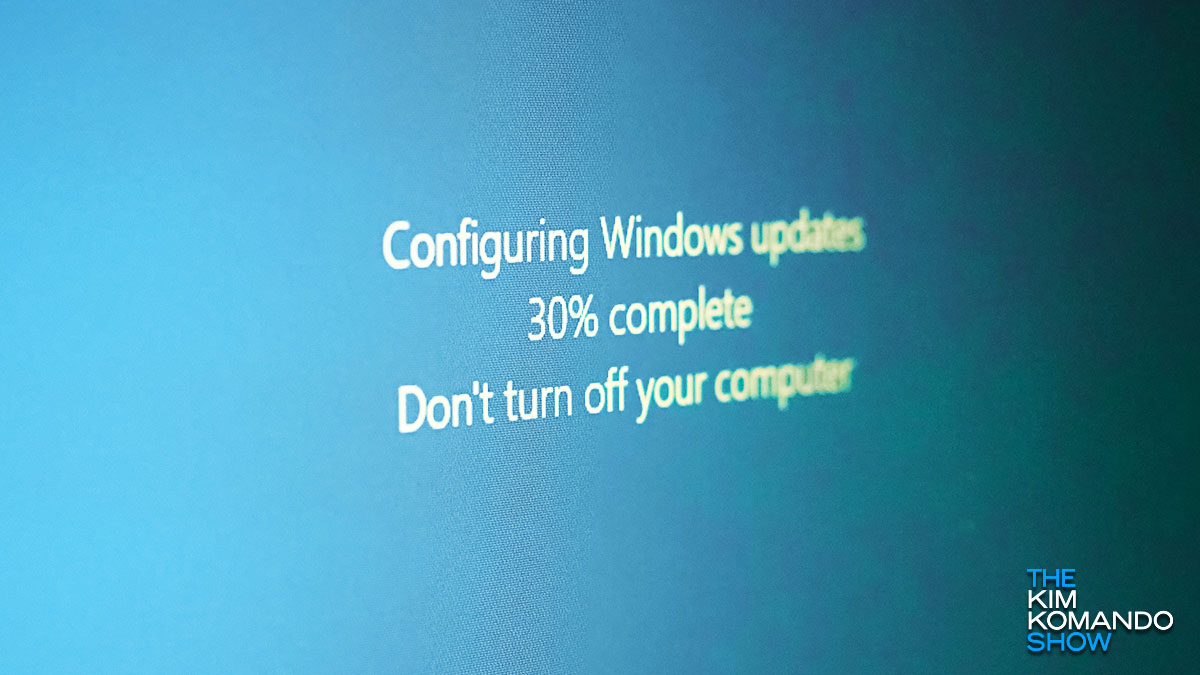 A new security flaw has been found in Windows 10 that lets hackers delete files, change data and install programs without you knowing. It’s a dangerous bug, but thankfully, Microsoft’s May Patch Tuesday update is here to save the day.

As important as this patch is, we’re genuinely curious as to how stable the release will be. That may sound a bit cynical, but can you really blame us? It’s not like the last few updates were exactly the smoothest affairs. Tap or click here to see how the last Windows update deleted users’ files.

If you’re hesitant to download the new Windows update, don’t be. As of now, this patch is the best way to protect your system from this new cybersecurity threat. Here’s what you need to know about the May 2020 Patch Tuesday update.

A pair of dangerous security holes have been found in the Microsoft Color Management and Windows Media Foundation portions of Windows 10. Using a specially crafted malicious website, hackers can exploit this flaw to break into your computer and gain administrative access.

Once inside, they can easily delete your files, make changes to settings and install new software without you ever knowing they’re doing it.

The only catch to this exploit: You have to be tricked into downloading a malicious file or visiting a compromised website in order to be affected. Unfortunately, that’s become easier than ever with how prominent and aggressive phishing attacks have become in recent weeks. Tap or click here to see why there are so many phishing scams.

Just in time to save the day, Microsoft has announced its latest patch for Windows 10: Version KB4556826. This release, part of the monthly Patch Tuesday series of updates, is the third-largest in Windows history — with fixes for 111 security bugs across 12 different products. Tap or click here to see how big the last major update was.

This beats out the previous Patch Tuesday updates from the past two months, which both fixed a similarly high number of bugs upon release. Why Microsoft has needed to patch such a comically large amount of bugs is unknown, but at least it appears to be aware of the issue.

This update, however, is not to be confused with the May 2020 update that Windows beta testers are writing rave reviews about. Tap or click here to see what that update will contain when it drops in late May.

In addition to the exploits mentioned above, bugs fixed by the May Patch Tuesday update include several remote code execution flaws, as well as a security hole in Microsoft Edge’s PDF reading capabilities. All of these bugs can lead to hostile cyberattacks, which makes downloading the update extremely important.

To get it, just click the Start Menu on your PC and click on the gear icon to open Settings. Then, click on Update & Security. If the KB4556826 is available for you to download, you’ll see an alert at the top that says updates are ready for you. If you don’t see it, your system may have already installed it for you via automatic updates.

Squashing bugs and making new ones

What, did you think you were out of the woods that easily? Of course, there are bugs to consider in this new round of updates.

Some users are reporting that the Patch Tuesday update breaks their Windows search function, and describe a strange alert appearing when the glitch occurs. It’s a large, out-of-the-blue popup that says “This is taking too long to load” with a blank background and a ‘Refresh’ button. It also has a weird string of numbers at the bottom.

The glitch is so unusual that many users thought they were dealing with a virus at first. Fortunately, it’s just another lovely gift from Microsoft — free to enjoy with every copy of the Windows 10 update.

But glitches and bugs are nothing compared to a vulnerable computer. In fact, you’d actually be putting your computer at risk by avoiding the update. It’s a kind of a rock-and-a-hard-place situation, but security is much more important than comfort. If only Microsoft understood that Windows users just want both.