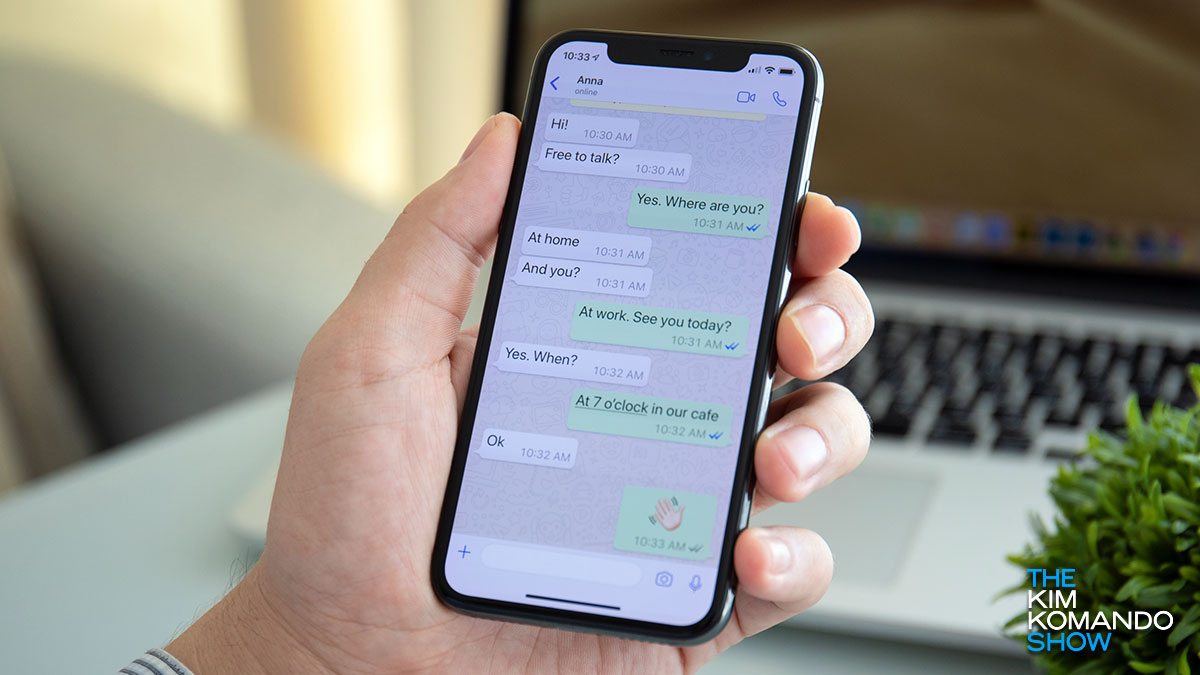 Every so often, a malicious cyber threat appears that targets text messages and messaging apps. These threats are not malware, nor are they able to steal money or data. Instead, these “malicious texts” or “text bombs” are more like practical jokes that can crash your phone and make it annoying to use.

Sometimes, these messages are harmless enough to simply ignore and delete. Other times, they’re engineered well enough to prevent your phone from rebooting. Tap or click here to see the iOS text bomb that crashed phones earlier this year.

But now, a new text bomb is making the rounds again — and this time, it’s a bit more serious than your average practical joke. If this malicious text is opened, it forces your chat app to crash to the point where it must be reinstalled from scratch. This means every message and photo you sent in your chat history is gone forever. Here’s how you can spot and avoid this dangerous prank.

According to a report from WABetaInfo, a rogue text message has begun circulating on WhatsApp that can completely disable the app and prevent it from booting again. When viewed, the message prompts an infinite loop of crashes that can only be reversed by deleting and reinstalling the app. This comes with a major downside, however: Your entire chat history is destroyed!

How is this happening? As it turns out, it’s the same exact method that other prank messages use. These texts (or contact cards, in some cases) contain characters from non-Latin alphabets that your phone (or WhatsApp) has trouble rendering. If the language is obscure enough (and the user doesn’t have it installed on their device), it can force the app or device to crash.

-Anti crash integrated into official WhatsApp: There are messages designed to freeze or crash your WhatsApp. Then there are modded WhatsApp versions that have a “Crashcode protection” like a bigger Unicode database. We need this integrated into the official application. pic.twitter.com/bpyWtFUwQO

As of now, the malicious text is primarily being sent as an ordinary message, although some users are sending contact cards (vcards) with the glitchy characters filled in as the name and address. This has the same effect on the app should you make the mistake of opening it.

The worst part is: It’s not just random pranksters sending this message, but anyone that wants to crash another person’s phone. If you have a friend prone to online trolling or jokes, they might send it to you as well. The only way to stay safe, at this point, is to be cautious about which messages you open and avoid anything that looks out of the ordinary.

Tap or click here to see the malicious photo that crashed phones via text messages earlier this year.

I think someone sent me this message. What can I do?

Thankfully, there is a workaround in the event that someone sends you the message. In order to pull off this solution, you still need to avoid opening the message. If you do open the malicious text, your only way out is to delete and reinstall WhatsApp.

If you get the message and have not opened it, tap or click here to log into WhatsApp web. From here, you can delete the messages or block the users who send it through WhatsApp’s online portal. This works because your computer, not the app, is rendering these glitchy characters. Should they fail to load, Windows or macOS will simply show blank boxes rather than crash.

But let’s be real: It’s not as if 2020 has been a stellar year for pranks in general. Tap or click here to see the coronavirus stunt that grounded a a flight.