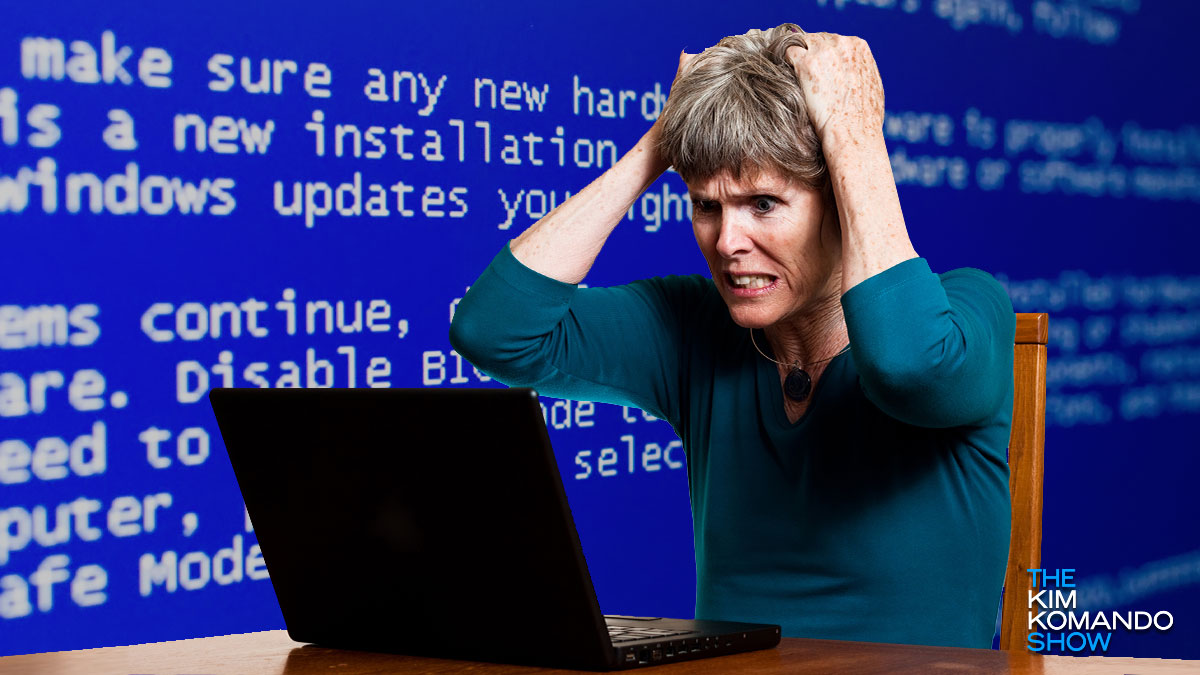 With cybercrime on the rise, it’s more important than ever to keep your computer up to date. Unfortunately, Microsoft hasn’t had the best track record this year with updates.

The latest Windows 10 update is more than just a little bit bad. Some users on Microsoft’s support forums are calling the October Patch Tuesday updates a “disaster,” and here’s why: The dreaded Blue Screen of Death, failure to install and issues using the File Explorer.

If you already installed the update, here’s what you can do until Microsoft releases a fix.

The latest Windows 10 update is another dud

This year hasn’t been easy for Microsoft users. Several Windows 10 releases have been full of bugs, and users are running low on patience. Not only are the newest updates buggy, but they’re also failing to install for some altogether.

The Patch Tuesday updates from Oct. 13 are just the latest in a string of glitchy releases. Users who successfully installed the update are reporting issues with audio, the Blue Screen of Death and full system crashes. Others are complaining they’re unable to print documents. Some can’t even access any of their files or documents at all with the built-in File Explorer.

The updates, labeled KB4579311 and KB4577671, are recent enough to be reversed. This means you can roll back to a stable version of Windows if you’ve already installed them. You won’t have all the latest security fixes included in the buggy updates, but any patches that Microsoft releases in the near future will also include them.

How can I roll back to an older version of Windows?

Rolling back your Windows version is easy. You only have 10 days from the release of an update to do it, so if you’re experiencing any of the bugs mentioned above, don’t wait!

A word of warning before you jump in: Back up your important documents. If there are any mishaps, you could end up losing your files and have no way of getting them back. Don’t start a rollback until you’re 100% sure you’ve saved everything you need. Tap or click here to see the best way to back up your data with Kim’s sponsor, IDrive.

Here’s how you can roll back:

If you thought the buggy update was annoying on its own, some Windows users are reporting that Microsoft is installing web apps for Office without asking permission.

These web apps, which open in Microsoft Edge, aren’t the full-fledged versions of Word, PowerPoint or other Office programs. Instead, they’re more like preview apps that don’t take up any extra space on your hard drive. But what makes these installations so bad is the fact that Microsoft is force-rebooting computers to install them.

If you see your computer suddenly restart for an “update” you didn’t ask for, this is what’s probably happening. There isn’t a workaround or fix for it at the moment, but you can easily get rid of the preview apps from your start menu by right-clicking the icon and clicking Unpin from Start.

Oh, Microsoft. We know you want us to keep our software up to date, but you’re making it really hard to do so. Between glitches and forced reboots, we’re hoping the company figures out a better approach.