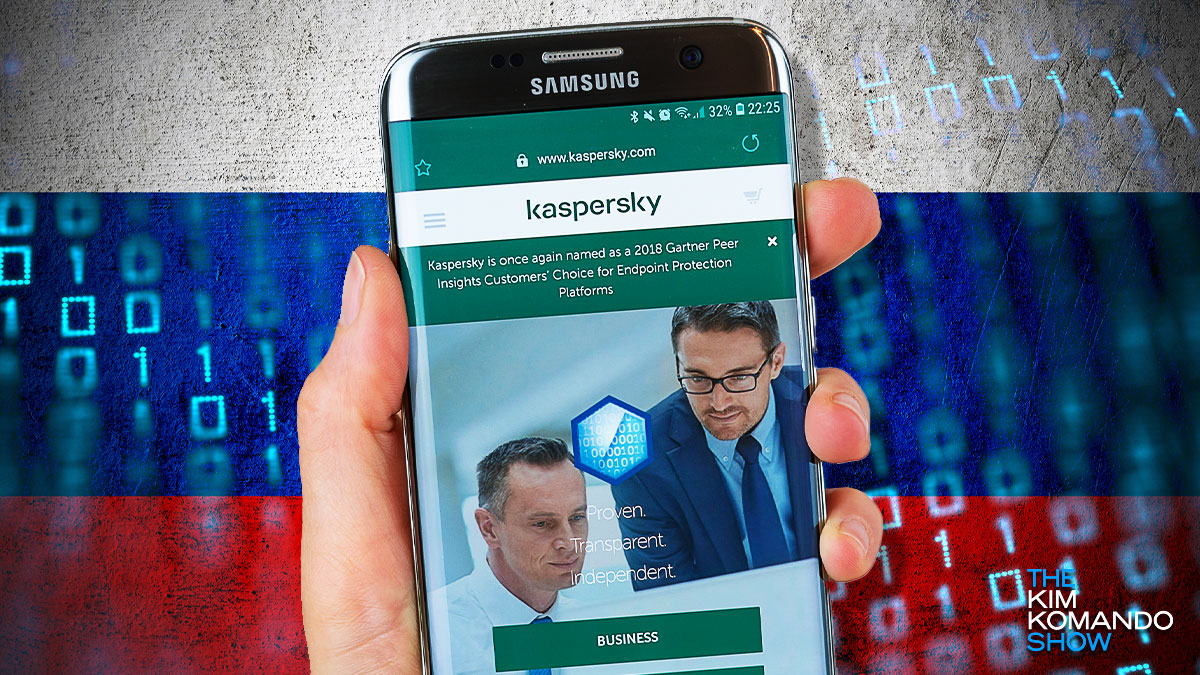 You must have antivirus software on your devices to protect against malware and phishing attacks. But there are now fears that the Kremlin could turn one of the most popular Russian antivirus programs into a tool of war. As Russian President Vladimir Putin continues the invasion of Ukraine, there are worrying signs that the battle could shift from ground troops to cyberattacks.

This means you need to look out for any bad actors looking to get at you. A while ago, a German intelligence agency raised concerns about Kaspersky, a cybersecurity company headquartered in Moscow. It has over 400 million users and if you’re one of them, you could be in danger.

On Friday, the FCC added Kaspersky to its list of companies that pose an “unacceptable national security risk” to the U.S. If you’re using Kaspersky, we recommend removing it from your computer. Keep reading for steps to get that done.

Full disclosure: Kaspersky was previously an advertiser on “The Kim Komando Show.” That relationship ended years ago after the U.S. government banned the software in federal systems, citing links to the Russian government.

There are many antivirus applications to choose from, but almost half a billion users globally use Kaspersky to keep them virus-free. The privately-owned company started 25 years ago, and its headquarters are in Moscow, Russia.

Although Kaspersky operates under a holding company in the U.K., Germany’s Federal Office for Information Security (BSI) has warned against using any Kaspersky products. The German agency says the Russian government could use Kaspersky’s IT infrastructure “as a tool for attacks against its customers.”

In a blog post, the BSI outlines the dangers of using a company based in Moscow. As sanctions mount on the country, various individuals close to Putin have had their global assets frozen. Hundreds of businesses refuse to continue operations.

While the BSI points out that consumers may be the least at risk of a cyberattack, you could be the victim of collateral damage if Kaspersky itself becomes a victim of a cyber operation. Your data could fall into the wrong hands as a result of a cyberattack.

Kaspersky’s antivirus products are used by millions of people globally and could, in theory, result in one of the most significant cyberattacks in history.

While BSI’s warning could be seen as overreacting, they are not the only ones. Italy’s Computer Security Incident Response Team (CSIRT) joined the call for “an analysis of the risk deriving from the IT security solutions” developed in Russia.

In light of the real possibility of cyber warfare, it is always better to err on the side of caution. Here is how to uninstall Kaspersky applications if you have them on your Windows-based computer:

If you’re working from a Mac computer, here’s what to do:

Now it’s time to remove Kaspersky apps from your phone

Here’s how to remove the apps from an iPhone:

Follow these steps to remove Kaspersky products from your Android:

Since you removed Kaspersky from your machine, you will need a replacement antivirus program. We recommend our sponsor, TotalAV. Its industry-leading security suite is easy to use and offers the best protection in the business. It’s received the renowned VB100 award for detecting more than 99% of malware samples.

Right now, get an annual plan of TotalAV Internet Security for only $19 at ProtectWithKim.com. That’s over 85% off the regular price!