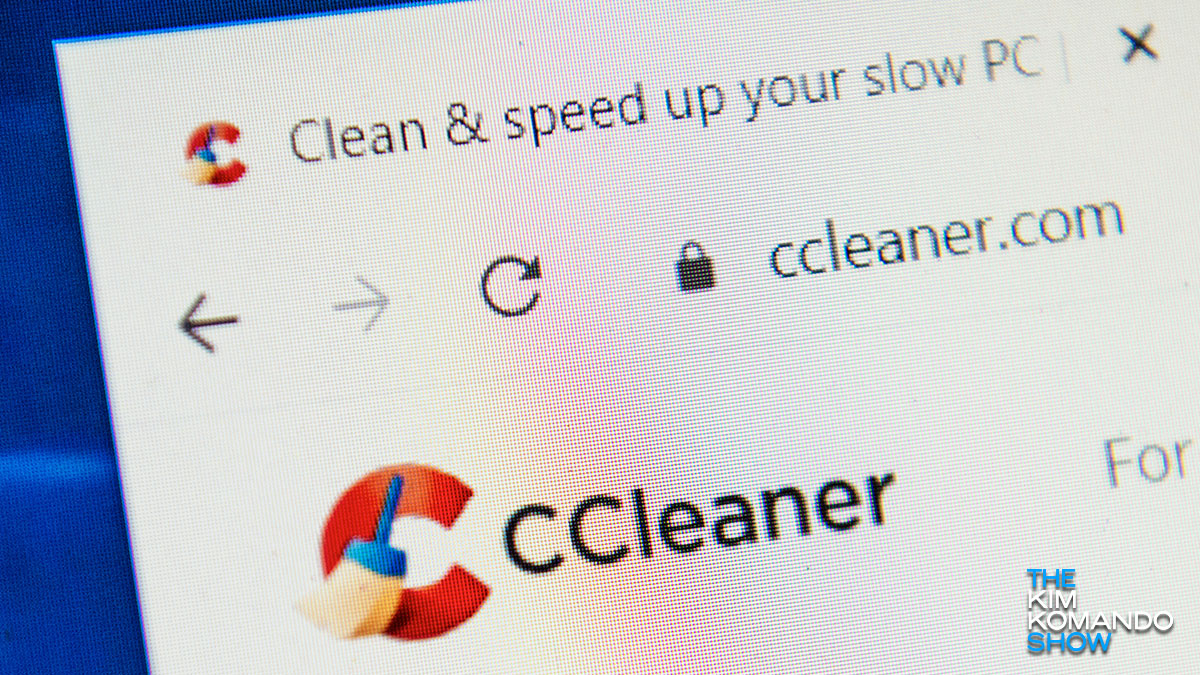 At Komando.com, we’re crazy about free tools you can use to keep your system clean. It’s hard enough keeping malware and spyware away from your computer as it is, so why make things more difficult by having to pay for such essential tools?

And when it comes to system cleaners, one of our all-time favorites is CCleaner. This handy tool gives you the inside scoop on what’s happening inside your hard drive and will help you partition and delete what you no longer need. Tap or click here to find out more about CCleaner.

CCleaner is highly popular for routine computer maintenance, but recently, Microsoft has been urging users not to install the program through its Windows Defender system. Is CCleaner suddenly dangerous for users to install? As it turns out, it all comes down to whether or not you like extra bundled software.

Microsoft puts the kibosh on CCleaner

According to Bleeping Computer from late July of this year, Windows Defender has been flagging the acclaimed CCleaner tool as “potentially unwanted software” during downloads and scans.

This put quite a bit of fear into ordinary Windows 10 users, who may have mistaken their trusty system cleaner (one that we recommend, no less) as a potentially dangerous piece of software. Fortunately, the truth is nowhere near that bad and has everything to do with CCleaner’s new management.

Back in 2017, CCleaner was purchased by Avast, an antivirus developer. Since then, the company has started bundling CCleaner with a suite of other security programs — including Google Chrome browser, Google Toolbar, and Avast Free Antivirus plus AVG Antivirus Free.

These programs themselves, like CCleaner, aren’t malicious at all. But Microsoft objects to the somewhat shady way they’re presented to you. During the initial setup, if you don’t pay attention to fine print, all of these apps will be automatically installed on your device. If you don’t want this to happen, you’ll have to opt-out by clicking Decline during setup. Yeesh.

Tap or click here for an app that will spot fine print gotchas for you.

But that’s not the only thing CCleaner has gotten flack for. Ever since Avast took over management, the app has also been accused of collecting user data when it previously did not. This is par for the course for many programs on the market, but not for CCleaner, which predates many of the most popular security programs you can download today.

Is CCleaner worth using, though?

We would still recommend CCleaner to anyone who wants to give their computer a thorough cleaning of unneeded files, cookies and other system-cloggers. The fact that Microsoft flags the software has less to do with CCleaner and more to do with Avast’s marketing methods.

In any case, according to reports from Techradar, Avast was recently in talks with Microsoft about why this trusted app has been flagged in the first place. As of now, Windows Defender is no longer marked as “potentially unwanted software” now that dialogue has been established between the two companies.

All you need to do to avoid any unnecessary fuss is read every part of the installation steps carefully, and don’t agree to anything until you’ve opted out of installing the bundled software.

You might as well, anyway. Almost all of us already have Google Chrome installed. And as for whether or not Avast is worth using, we’ll show you what we think of it. Tap or click here to find out more about Avast and other antivirus programs.